Selfie at the End of the Universe 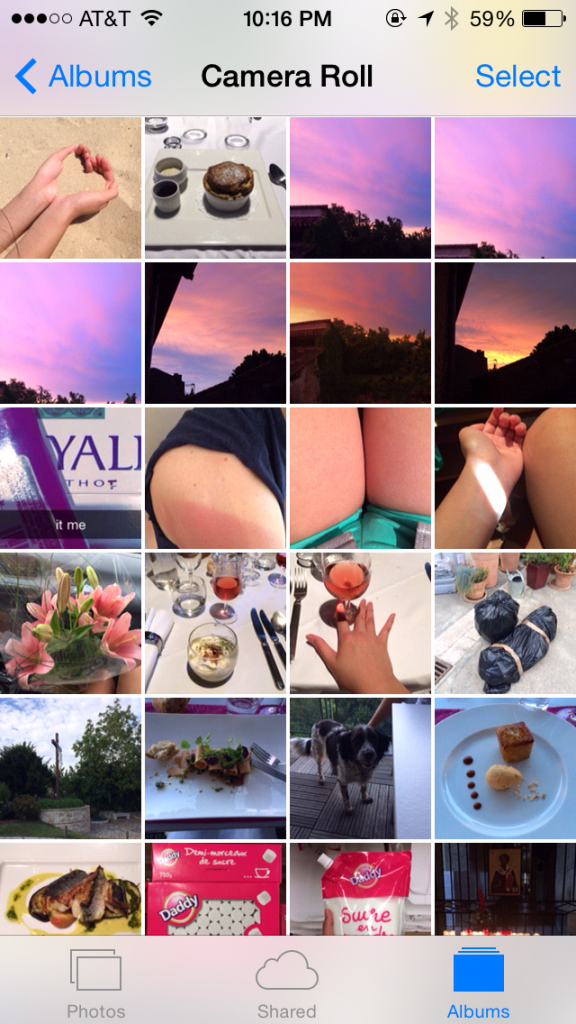 The night before I got my last tattoo, which is a peony a little larger than my hand, on my upper left thigh, I locked myself in the bathroom to take one last tasteful nude, sans ink. There was a weird, faux-memorializing feel to the gesture of documenting my body in a before to an after that I had yet to experience, a kind of hurrying to catch up and preserve, regardless of whether the memory would turn out to be one worth keeping. And it was a little sad, as last anythings generally are: goodbyes, meals, the end of a lease or relationship or holiday trip, however short. I felt as though I was packing up the apartment of my body and preparing to live in a new home, one that I’d agreed upon sight unseen.

The nature of shared memory — images transmitted, images saved, conversations auto-logged unless we choose to delete them — means that it’s much easier to plot out the ways in which we make the memories we share. Indeed, it means we often give as much foresight to the way in which we will remember something as we do to the way in which we plan to experience it. To take a before photo means one has to have the foresight to take a before photo, because after the after is too late. We lug our cameras to sporting events and concerts, to the mountains and the beach, wanting to remember events before they occur. Or: we no longer have to lug our cameras anywhere, really; the device of memory is always there in our hands, now that cellphone photography is so accessible. The task then becomes whether we remember to remember it.

A friend of mine recently got an Instagram account but mourns that he never takes any pictures for it. “I can’t remember to do it!” he says. But his phone is full of selfies, which is another kind of remembering, because he changes a little, every day, and one day he will die, as we all will die, and then those selfies will hold a particular weight, as the selfies of the recently dead in the news also hold an immense weight. The bright glow of the existing thing that no longer exists. I have always wondered if the fear of change and of death is really just a fear of entropy, of moving towards an undifferentiated mass of ideas and nothingness, all the same taste and temperature. I know that my own particular existential fear is stemmed by taking photographs, in which everything remains the same.

Images of our IRL lives, time-stamped and geo-logged and however many pixels we’d like to keep resolute, might be one of the few ways in which we can swim against an entropy that will eventually, in several million years, swallow us. In a photograph the unbroken glass remains whole, the thigh remains blank, the face unwrinkled, the love affair or vacation continues without end. As Susan Sontag writes: a photograph is an isolated slice of time. Yet, “precisely by slicing out this moment and freezing it, all photographs testify to time’s relentless melt.” Here is the paradox: the photos we take serve as the forever backdrop on which our lives are constantly changing, bastions of permanence against the relentless drip of entropy. Yet because they remain static, they too become testaments to time’s passing.

Rather than argue for an old-fashioned way of experiencing life that leaves no room for tech and document, I’m observing that in this image-driven society we’re creating a new kind of memory that is not without its caveats. The proliferation of images and the readily accessible nature of blogs, social media profiles, and forum archives mean that the past is never particularly far away, and unbearably precise in its memory. It’s also a very recent history that is aware of itself — in the befores and afters, the food Instagrammed before the first bite. It’s a memory that is aware of its being written, and dresses itself accordingly, like a girl out at a party who knows she will be photographed. Or a girl about to get a tattoo who dreads the idea of her body permanently changing as much as she has anticipated it.

There’s a bit of a funny story to the end of this. First of all, the endlessness of these accumulated images means that they, too, will eventually become an undifferentiated mass of roughly the same color and texture as everything else in the universe, which is, as we have discovered, a light beige. So time still passes much in the way that it has and then we die, but we’ll have more records. And secondly, I got the tattoo. It hurt a lot, but I don’t remember the pain because you can’t photograph that, and also, endorphins. My mother was upset. My body has been permanently altered; I like it, most of the time. It’s still healing. A stray thought occurred to me, when I wondered if I might ever want to get rid of it. “I could just photoshop it out,” I said to myself, and in the end, after I’m dead, it’d be almost the same thing.