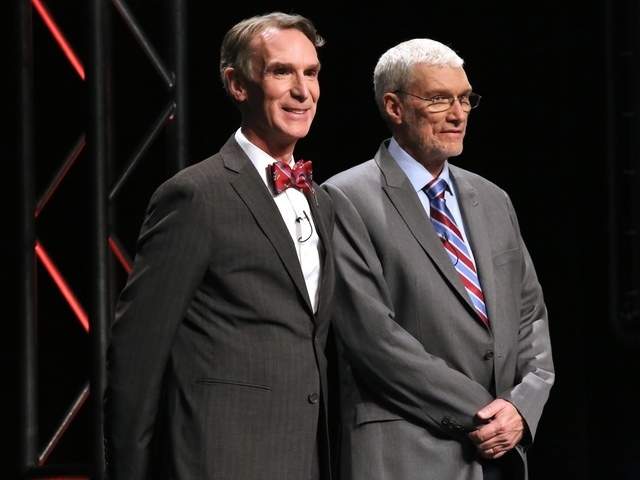 Whatever your thoughts on the Creation Museum in Petersburg, Kentucky, for all the models of triceratopses with reins and saddles within its walls, it’s still a museum. It’s still bathed in that pallid and pitiless museum-light, the cold glare of instrumental reason. ‘Museums: cemeteries!’ thunders Marinetti in his Futurist Manifesto — but in fact museums aren’t like cemeteries at all; they’re morgues. In a cemetery the dead are hidden underground so they won’t disturb us with their decay, they’re marked with a stone to remind us of what they once were. Cemeteries don’t give themselves over completely to the indifference of death. They pretend that there’s something still alive: a name, a memory, a buried secret. In morgues and museums, that clinical white light washes over everything. Bodies stiffen under its glare, fat congeals under yellowing skin, and the living prise apart the dead to see what makes them tick. A while ago I visited the city museum in Leeds: the jewel of its collection is an Egyptian mummy, some high priest who lived four thousand years ago, torn from his tomb and laid out unceremoniously on a slab, so the barbarians who roam the chilly heathen wilds of West Yorkshire can gawp at his corpse. This was once someone who had power and influence and the favor of the gods, now he’s just another corpse.

This month the Creation Museum hosted a debate (streamed live on the internet) on the viability of creationism between Ken Ham, its founder and the president of Answers in Genesis, and Bill Nye, the TV science educator. It was held in the museum’s lecture hall, but still the stage lights had something of the morgue about them; you could almost smell the disinfectant. As the combatants took to the stage, we viewers were treated to a grim spectacle: the origins of life being debated by ambulatory cadavers. Nye gaunt and emaciated, shadows streaming down his face and pooling in its cavities like mascara-laden tears; Ham bulging obscenely, a slab of greying meat behind the counter of an all-night supermarket. The debate was an obscene parody before it had even begun. Two ragged vultures, seizing a still-breathing creature and slowly picking it apart.

In any case, this battle of the corpses was a one-sided affair. Ken Ham didn’t just get one over Bill Nye; he utterly wiped the floor with him in a savage and gleeful display of the exact same bitter struggle for survival that he claims not to believe in. The main current of Ham’s argument was that there is no way of interpreting the scientific data available to us that definitely precludes the possibility of a six-day creation six thousand years ago, and that believing God created the world in six days doesn’t necessarily prevent one from having a productive career in the sciences. On these points he was completely correct: if you’re limber enough to do a few feats of hermeneutic acrobatics, it’s perfectly possible to twist any information to suit whatever crackpot theory you might have. In the question-and-answer section, once Nye no longer had any scripted responses and pre-prepared jokes, he decomposed into a floundering wreck. His voice stumbled, he couldn’t hold a line of argument, and in the end he was forced to attack the moral basis of Christianity. When Nye spoke Ham returned to his seat at the side of the stage to watch, smug and patient; when Ham spoke Nye remained as fixed to his podium as a captain to his sinking ship, leaning across behind Ham’s shoulder with a disapproving scowl, looking like nothing so much as Sam the Eagle from The Muppet Show. A figure of wearied defeat. He might have been correct, in the most banal sense of the word, but he can’t debate.

The reason Ken Ham won so handily is that he realised full well that what he was proposing was an ideological argument. Even a literalist interpretation of the Bible is still an interpretation, and to perform it you need some sense for nuances of meaning and conflicting schools of thought. You need to be a literary critic; you need to be, in some sense, open to heresy. He was open in his presuppositions, admitting that his approach was founded on Christian faith when it suited him and scavenging fragments of science when he could. He was reasonable and persuasive, to the extent that when he started spouting naked homophobia it felt like a betrayal. Nye’s approach, meanwhile, was doggedly theological. It might be reassessed in laboratories and synod halls, but at any one point there is only one scientific truth – his truth. Bill Nye wasn’t arguing for science but science’s delusions about itself; he never admitted that his approach was based on Enlightenment rationalism because he can’t really conceive of any other structure. He was deep within ideology without knowing it: as Althusser points out, it’s precisely when you don’t know it that you’re deep within ideology. As he puts it in Ideology and Ideological State Apparatuses: “one of the effects of ideology is the practical denegation of the ideological character of ideology by ideology.” In Marxism and Humanism he attempts to distinguish between ideology and science, but given that his distinction is based on the idea that in ideology the “practico-social function is more important than the theoretical function” it’s quite possible to argue that Althusser’s science has never really existed. Faced with an argument that swooped in and out of scientific and religious ideologies at will, all Bill Nye could do was reply that Ham’s assertions ‘troubled’ him. Nye knew he was right but couldn’t say why; he looked like he wanted to just punch Ken Ham in the face and be done with it.

The corpses in the Creation Museum should be given their proper names: not Bill Nye and Ken Ham, but philosophy and sophistry. It’s this ancient animosity, not science against religion or faith against evidence, that animated their debate — and of the two, philosophy is by far the most dangerous. Sophistry just wants to convince people that it’s right; philosophy wants to teach them the truth.

There’s a famous example of just how fearsome the truth can be. In 1920, an odd man arrived in the village of Trattenbach in the mountains of Lower Austria to teach at its school. The young Ludwig Wittgenstein didn’t look too different from Bill Nye: tall, gaunt, and profoundly strange, with hollowed-out cheeks and a billowing air of melancholy. Wittgenstein had just finished his Tractatus Logico-Philosophicus, a work that would fundamentally reshape the philosophical landscape; he knew what the truth was and he knew how to speak clearly of everything that could be spoken. His young students hated him, and for his part he hated them back. In his letters to his friends and fellow philosophers he described the inhabitants of the many villages where he taught as ‘good for nothing and irresponsible,’ ‘loathsome worms,’ ‘not really human,’ ‘one-quarter animal.’ This was, of course, because they didn’t understand mathematics. He devoted the first two hours of every school day to advanced algebra. Unlike so much else, maths is self-evidently true, and he expected his students to respond to its shining clarity with the same joy he did. Naturally, they reacted the same way any room full of eleven-year olds would react to a strange, anxious man trying to teach them about set theory on a Monday morning. They didn’t give a shit. Wittgenstein quickly acquired a reputation as an extraordinarily violent teacher, boxing his pupils around the head and pulling their hair and ears when they failed his assignments. Eventually, in 1926, Wittgenstein hit one particularly sluggish student by the name of Josef Haidbauer so hard that the boy collapsed unconscious. Wittgenstein was summoned to a criminal court. He never taught again; for a while he considered joining a monastery. Haidbauer died shortly afterwards of a blood disease, another forgotten victim of philosophy.

If Wittgenstein had tried to persuade his students that he was right about mathematics, there wouldn’t have been any need for violence. Instead, he wanted them to understand that what he said was true. If you abandon sophistry, you end up with naked force. Plato, the vigilant enemy of the first Sophists, discovered the same thing. His Academy was supposed to provide the basis for a new, rational society — one realised through diligent study of the universal Truth of which all temporal things are just shadows. It didn’t work. In the end he was forced to propose in The Republic an ideal society in which the philosophers would maintain power by force of arms. Late last year, an argument over Kant in a Russian supermarket ended when one disputant fired a rubber bullet into the other’s head. This was treated as a strange curiosity by much of the western media, but really it’s perfectly normal philosophical behaviour. Aristotle’s doctrine of virtuous moderation allowed his protégé to send a moving line of fire and bloodshed that swept from the Aegean to the Indus. Disputes over the mysteries of the Holy Trinity saw swarms of horsemen turn fields into hellish seas of mud under their hooves and reduce cities to blood-drenched ruins under their swords. For a good part of the 20th Century, a philosophical debate (or at least something that claimed to be a philosophical debate) about the degree of contradiction between the material dialectic and humanist values got so out of hand that for a quite while it looked like the only way to properly resolve the issue was through the mass slaughter of every human being on the planet.

Orderly and sensible debates like the one at the Creation Museum are an attempt to strip this essential violence from the search for truth — in other words, to map it onto the terrain of sophistry. In such an environment, sophistry always wins. Team Secularism would have been better off sending one of its own great sophists to do battle: Richard Dawkins is a madman, but he still knows his way around a polemic. Instead we had the spectacle of Bill Nye knuckles whitening and jaws stiffening as he repeated, over and over again, how troubling he found Ken Ham’s points — the closest the debate can come to an act of violence. Bill Nye bleated a long monotone about the wonders of science, not realising that Ham wasn’t arguing against science but arguing against him.

What the debate needed was a third term: an unreconstructed veteran of the science wars, some poststructuralist ideology critic to disrupt the hideous thantoscopia and point out exactly where the battle lines lay. As it was, there was no battle. The debate was never going to make anybody change their mind — it was a spectacle, one different in form but identical in structure to a theatrical tragedy. Tragedy isn’t just a mishap; it’s something set into motion by the flaws of its hero. It starts with evil omens and unearthly visions: Macbeth has its witches, Hamlet its ghost, the creation debate had its monstrously animated corpses, setting the scene from the very beginning. Bill Nye isn’t innocent: after receiving his Master’s degree he went to work for Boeing, one of the largest arms manufacturers on the planet. He doesn’t just think that science is neutral and self-evidently correct; he thinks technology is too, when technology is always something that happens to someone. Hubris: it’s a well-worn trope of tragedy, but only because it’s so often true. Bill Nye thought he was fighting a monster of unreason, but in reality Ken Ham has the same zombie sheen as he does: the pallid deathliness of pseudo-objectivity — except unlike Nye, he knows what he is. Hamlet spends so much time scheming against Claudius that he forgets about his mirror-image across the sea. Fortinbras storms Elsinore, and as the play ends we hear the soldiers shoot.