When Panic Takes Over 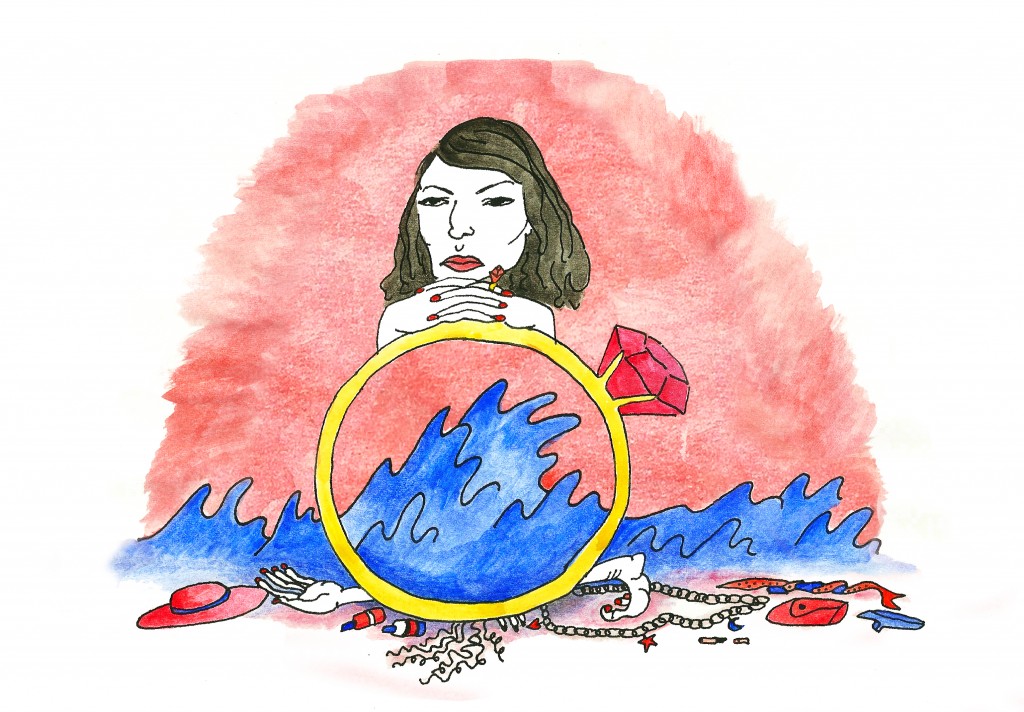 Waves of moral panic, when large or loud-voiced portions of a population react intensely against something they believe threatens the social order, have been occurring for probably as long as there have been human beings, but the phrase originated sometime in the early 1800s. The Salem Witch Trials are a classic American case, but moral panic is everywhere in contemporary America, in realms spanning from the political (the recent spate of maneuvers across several states designed to force abortion clinics to close, for example), to entertainment. Today’s most widespread source of moral panic tends to stem from issues circulating around young women and teenage girls.

Americans produce fantastic and iconic stories about moral panic; the prime and nearly perfect example The Scarlet Letter received an equally-nearly-perfect contemporary film update in “Easy A” three years ago, proving that women—and girls—are still socially ostracized for exuding confidence and enjoying sex 160 years after Hester Prynne’s epic slut shaming. Buffy the Vampire Slayer harkened back to the witch burnings of American yore in the fantastic season three episode “Gingerbread,” in which a group of morally panicking moms nearly burned three teen witches at the stake. The 1996 movie, “The Crucible” (based on an Arthur Miller play written and first produced in the 1960s), made the original witch hunts their subject to similarly high quality. Sometimes, we sing about moral panic, in the musicals Hairspray, Bye Bye Birdie and Refer Madness, all of which have stage and film iterations.

The thing all these fantastic stories about moral panic have in common is that they are stories about the victims of such panic’s fallout, sympathetic to those on whom the panic preys. When the stories take on the perspective of those panicking, or the story-makers themselves are panicking, the result is much like the freak out: emotionally incoherent, frantic, judgmental, and sometimes dangerously wrong. “The Bling Ring” is all these things.

Nancy Jo Sales twice cobbled together the story of a string of Hollywood Hills B&E’s with celebrity targets. First, in a Vanity Fair article called “The Suspects Wore Louboutins,” then expanded into a book called The Bling Ring. Sofia Coppola reportedly based her version of the story, the movie “The Bling Ring,” on the article, but Sales clearly gave her pre-publication access to the book to help fill out Coppola’s script. She also lifted scenes and dialogue directly from the reality TV show about Bling Ringer Alexis Neiers, Pretty Wild.

Unlike those classic tales written to interrupt moral panic, writing from the panicked perspective is a terrible narrative strategy. It isolates the reader or viewer from the characters and doesn’t allow for emotional engagement with the story. Sales’ skill as a writer combined with the depth of detail available in the form of a nonfiction book means The Bling Ring: How A Gang of Fame-Obsessed Teens Ripped Off Hollywood and Shocked The World has a more interesting story than Coppola’s film. The reader of the book can navigate around the panic and find the fascinating character study underneath. The movie’s on-point but incorrect-for-the-year soundtrack doesn’t make up for the dearth in emotional engagement; Coppola bungled the story by being so frustratingly judgmental of her characters and offering little else than a few shiny interiors and rows of Paris Hilton’s size 11 heels.

Sofia Coppola is the ultimate example of a good use of #checkyourprivilege. The Bling Ring panics about not just the Bling Ringers but the celebs they prey upon, who are “reality TV stars” or “famous for being famous,” – aka “non-artists” in Coppola’s eyes, and, therefore, lesser. Blinded, perhaps by the sparkle her own films radiate, Coppola doesn’t see that women like Audrina Patridge and Rachel Bilson designed their careers to try to accrue the kind of power Coppola was, at least partially, born into. The Bling Ringers emulation of Patridge etc. is a kind of copy-of-a-copy worship. Most women are born with less social power than men of otherwise equal station, and often, as society trains them to do, the women compete with and compare themselves to the women a few rungs higher on the ladder, rather than contend against men as well. The greatest trick the patriarchy ever pulled was to make women compete only with other women.

Journalism appears to be where the morally panicked go to bitch and whine; in mid-July, the New York Times published Kate Taylor’s much-linked and much-maligned article “Sex on Campus: She Can Play That Game, Too.” The article is one freak out on top of another, until she reaches a nasty apex: conflating rape culture with the female desire for sexual experience. At the beginning of this extra-long “exposé,” Taylor casually drops the phrase “traditional dating,” which she never bothers to define. She doesn’t do so because she can’t – the “traditional dating” she invokes doesn’t really exist. Taylor relies on the reader’s vague sense of societal norms and pop culture touchstones to invoke a semantic meaning for the phrase. This is a pre-requisite of moral panic: the idea of some better way of being.

Sales, like Taylor, is often vague in her criticisms of the celebrity culture that created the Bling Ring attitude. Certainly, our celebrity culture is in many ways toxic to the young women in their target audience, but just saying, “the culture is toxic” does not make a compelling narrative. Why is it toxic? Why did that toxicity hit these kids so particularly hard? There are real and interesting answers to those questions, especially in a story in which young men and women are trying to live inside the skin of celebrity culture by stealing it. But Sales just rides on the assumption that her readers will understand the “obvious” problem.

When she wrote “traditional dating,” Taylor probably meant the kind of dating that occurred on college campuses beginning sometime after it became normal for women to matriculate and before this “hook-up culture” began. When those who panic invoke this kind of idealized version of an older time, they are cherry picking what they consider “good” about that era, and leaving behind what we as a society now consider “bad.” So, Taylor wants the “good” dating, but she also wants to erase the MRS degrees, the Peggy Olsons, the Betty Drapers, and the way the dating scene betrayed disabled women, queer women, women who didn’t want to get married, and women of color. (It’s worth noting that in a time when, for better or for worse, the pro-gay lobby focuses almost exclusively on the subject of gay marriage, there is no mention of queer women and their desires for marriage at all, not even an offhanded remark that the piece knowingly excludes them.)

Not everyone was happy with how dating worked in college before hook-up culture, not everyone is happy now. Another problem with moral panic is that when it drams up a fake problem, it also assumes a one-size-fits-all solution. There isn’t one thing that works for everyone. Some people should get married young, some should get married later, some shouldn’t get married at all; the only factor in figuring out who is who is based on each individuals’ own desire. You can’t tell anyone else how to be happy.

Sometimes, the best way to tell a story is to find the source of panic and veer in the other direction. This year’s other major film about young women, Harmony Korine’s “Spring Breakers,” oft compared with “The Bling Ring,” wasn’t about moral panic at all. Critics debated whether Korine exploited or empowered his young women characters, but whatever side of the argument you fall on, it’s clear Korine’s intent was to empower. He didn’t judge the characters he created, so his pop poem soared, while Coppola’s stumbled.