Arguing for the Primacy of the Author in Comics 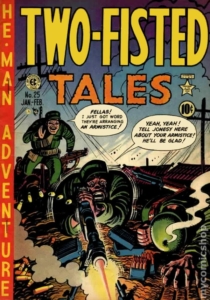 Imagine a bookstore whose shelves offer almost nothing but series novels: Nancy Drew and the Hardy Boys, Doc Savage and James Bond. That strange place is made even stranger when you consider the authors. There are suspiciously few names on those covers. All 175 Nancy Drew novels are written by Carolyn Keene. The 195 Doc Savage novels are written by just 7 people, the majority credited to Kenneth Robeson, even though no one was given that name at birth.

In addition to the simple realization that pseudonyms are in use, it would be easy to conclude that these books’ characters are more important than the people crafting their adventures.

For most of its history, the U.S. comics industry has looked a lot like this bookstore, though the writers and artists at least used their real names (with a few notable exceptions: We know Stanley Leiber better as Stan Lee, Jacob Kurtzberg as Jack Kirby). Most comics — at newsstands, comic shops, and bookstores — weren’t sorted by writer or artist; they were ordered alphabetically by title. Until the last few decades — and even still, in some parts of the industry — you’d look for the new Spider-Man or Batman, not the new Dan Clowes or Alan Moore. Many more progressive comics shops have comics by series and comics by writer or artist in separate sections.

As a result, it’s fairly difficult to read a writer or artist deeply by buying books featuring their names. You can’t, for instance, go into the comic shop and buy the latest collection of Grant Morrison comics. Instead, you buy Morrison’s latest Batman or Superman, with the characters coming before the creator in almost all cases.

There have been a few gestures towards making the artist a brand in and of themselves. Marvel’s Visionaries line collected key works by important artists, but even those titles were organized first by series (for instance, Daredevil Visionaries: Frank Miller or X-Men Visionaries: Neal Adams). DC has done something similar with its Batman: Illustrated by Neal Adams, Across the Universe: The DC Universe Stories of Alan Moore, or Jack Kirby’s Fourth World series. The corporate logic of placing character above creator won out at Marvel; the Visionaries line was discontinued. DC, to its credit, recently re-issued those Adams books and continues to release Kirby material.

Those examples are the exception in mainstream comics, not the rule, which makes Fantagraphics’ current line of EC Comics reprints so welcome.

EC’s line of lurid and excellent crime, horror, science fiction, and war titles dominated comics in the early 1950s and were at the heart of the Kefauver/Wertham Congressional hearings into juvenile delinquency. When public opinion turned against comics, EC was destroyed by the industry’s self-imposed Comics Code , which outlawed virtually everything that made EC titles worth reading (kidnapping, concealed weapons, vampires, werewolves, the words “horror” and “crime,” scenes that appealed to “lower and base emotions”, and much more).

Perspective has established EC’s importance and achievement, and the Comics Code Authority has crumbled. The EC archive has been reprinted in numerous editions, every time organized by title.

But not Fantagraphics’ EC LIbrary. It presents work by EC’s most important artists, drawing the work from across all EC titles. Instead of a collection of Tales from the Crypt stories, we get a dozen Harvey Kurtzman stories from Two-Fisted Tales and Frontline Combat, or 26 Wally Wood shorts from Tales from the Crypt, Crime SuspenStories, and The Haunt of Fear. Other artists with their own books include Al Feldstein, Al Williamson, Johnny Craig, Jack Davis, and Graham Ingels.

It’s fitting that Fantagraphics —  long-time champion of the rights and importance of comics creators, and re-issuer important historical comics — would arrange a publishing line this way. Even though it may not be surprising, it’s still a commendable decision. It’s also an important development in further establishing comics as art and literature worthy of serious consideration and study.

Marvel and DC’s origins in magazine publishing and distribution companies more interested in filling racks with product than creating literature caused their emphasis on character over creator. Pursuing that goal entailed maximizing control of hit characters, something that couldn’t be assured if artists retained ownership. This tension was explained pretty succinctly in this exchange between comics journalist Tom Spurgeon and writer Sean Howe (whose Marvel: The Untold Story is a stupendously entertaining chronicle of that company):

SPURGEON: Broadly, I wonder why “Jack Kirby” couldn’t be a brand for Marvel. I wonder why there isn’t a core publishing program. Or a great books program … as a way to present a certain kind of material as “elite” or “canonical”.

HOWE: That’s a great question … Why does it always have to be by character? Why are they not marketing the artists? I would guess that at some time, someone decided that with these lawsuits with Jack Kirby, we can’t celebrate explicitly how much he made this company. That’s a total guess. I just throw that out there because there’s no good reason otherwise.

To be fair to Marvel and DC, assembling creator-specific collections is more challenging for them. There is no story-by-story continuity to EC’s self-contained short stories. Marvel and DC’s output, on the other hand, depends heavily on continuity and one really great issue might be diminished without the issues that originally bookended it (which, due to comics’ work-for-hire nature, could have been written or drawn by someone else).

Still, if Marvel and DC ever expand their bookstore-focused publishing efforts to include titles that put writers and artists ahead of corporate-owned characters, comics will have taken a big step towards these creators getting their just due  (imagine how odd, how outrageous it would be were The Sun Also Rises never credited to Hemingway or Citizen Kane lacked Orson Welles’ name). Given enough time, some may creators even come to be seen — rightly — as key 20th and 21st century artists (not just in comics), hugely influential, geniuses.