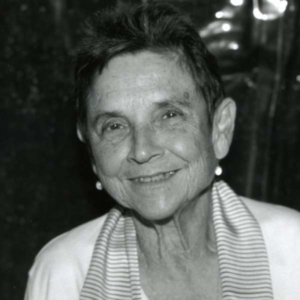 Adrienne Rich died last Tuesday, age 82. Ms. Rich was a great poet and a great activist, one of those people whose work fused art and struggle gracefully, passionately, and brilliantly. She brought a fierceness to the world that we’re all the better for.

Ms. Rich’s story, from ’50s wife to radical lesbian, is a feminist epic by now. She was raised bookish, a highly skilled poet from a young age; in 1951, she graduated from Radcliffe College and had her first collection of poetry, A Change of World, chosen for the Yale Younger Poets series by W. H. Auden. Soon after, she moved into the role outlined for a young woman of her position, marrying a Harvard economist and having three children over the next several years.

Her 1963 collection, Snapshots of a Daughter-in-Law, was the first step in a transition, artistic and political. Ms. Rich’s poetry became formally experimental, breaking from a conventional formalism of which she was recognized as a master, and focusing on the claustrophobia and oppression of women’s lives in prescribed roles. In the 1976, Ms. Rich came out as a lesbian, publishing Of Woman Born: Motherhood as Experience and Institution and Twenty-One Love Poems, and beginning the relationship that lasted to her death, with the writer Michelle Cliff.

Ms. Rich continued to write poetry and essays prolifically, writing and living with a constant burn to fight the oppression of women and all people. When she was awarded the National Book Award, Ms. Rich accepted it with Audre Lorde and Alice Walker on behalf of all women. Much later, she refused to accept the National Medal of Arts, citing the social injustices of the administration.

I am bombarded yet I stand

I have been standing all my life in the
direct path of a battery of signals
the most accurately transmitted most
untranslatable language in the universe
I am a galactic cloud so deep so invo-
luted that a light wave could take 15
years to travel through me And has
taken I am an instrument in the shape
of a woman trying to translate pulsations
into images for the relief of the body
and the reconstruction of the mind.