On The Road On The Big Screen 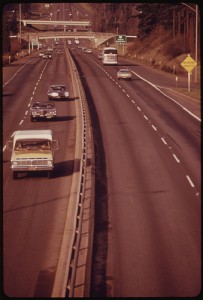 There’s a new film adaptation of On The Road. Like a lot of people, this was a super important book to me when I was 16. I must have read it 20 times or so in high school. When I tried to re-read it a couple years ago, though, I found that I couldn’t. The reality of the book itself didn’t hold a candle to the memories of what it meant to me at a certain point in my life.

That being the case, I was worried when I heard there was a film adaptation of the book. When you have such a complicated past with a book, approaching it again (especially in a different medium), can be a strange experience. And so if I’m nervous about re-reading the book, I’m twice as nervous about seeing the movie: if the original book can’t stand up to my memories, how will a film adaptation?

My fears weren’t assuaged by the trailer.

Here are a few rapid reactions to it: