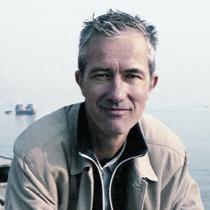 Geoff Dyer first gained international attention for his 1991 book about jazz But Beautiful. In 1994, his book The Missing of the Somme explored World War I’s aesthetics of commemoration—its literature, poetry, photography, cemetery design, and monuments. Vintage published The Missing of the Somme in the U.S. for the first time earlier this month. Dyer’s latest work includes a novel, Jeff in Venice, Death in Varnassi, and a collection of essays called Otherwise Known as the Human Condition was published earlier this year.

You argue in The Missing of the Somme that in many cases the First World War’s conventions of remembrance constituted “off-the-peg formulae” which freed people from the burden of actual thought. It must be somewhat different in the U.K., but I think of how the motto “Support Our Troops” in the U.S. carries an implicit injunction against inquiry into the nature of the war.

Yes, but the need for some kind of commemoration after the First World War cannot be overstated, given the scale of the trauma. A good way of emphasizing that scale is by stats: the memorial wall in Washington lists the names of 58,000 Americans who died in the Vietnam War. On the first day of the Somme, the British army suffered 60,000 dead and wounded. Over the course of the following four months the total number of British casualties was 419,000. This is what the historian Denis Winter says: “a battle fought from July to November 1916 saw the British and German armies fire thirty million shells at each other and suffer a million casualties between them in an area just seven miles square…” Now, the difficulty comes if we go from this kind of acknowledgement to saying that it is in some way unseemly or an insult to the dead to enquire about why this happened, whose fault it was — or even to suggest that their deaths achieved nothing. It seems to me that one of the lessons of wars is that a lot of people will always die through incompetence or mismanagement or by accident. And a lot of deaths will accomplish nothing, will be in vain.

Do you consider yourself a historian? A layman with a knack for research?

I’m certainly not a historian — I think I say somewhere in the book that it is the opposite of history. I don’t feel like a layman because I have a lot of highly developed, easily transferable knowledge and skills. And, finally, I  have a kind of lack of a knack for research! That word, ‘research’, always feels entirely alien to what I’m up to, either in fiction (though I know novelists do speak of doing research) or in non-fiction.

I wouldn’t dignify what I do with the word ‘journalism’ in the sense that William Langeweische or Nick Davies are journalists: I don’t investigate, report or find stuff out. I also wouldn’t want to debase myself with the word by association with many ‘journalists’ who fill out the culture sections of the British press – hacks like the Jeff in my Jeff in Venice, Death in Varanasi. Incidentally, I wonder what Barbara Ehrenreich would say in response to these last questions of yours since her activities span both journalism (in the best sense) and history (ditto).

You’re known for your nonfiction, but you’ve also written several novels. Do you envision yourself primarily as a nonfiction writer?

Just ‘writer’ suits me fine. It’s not my fault if people come to my novels with such clichéd and parochial expectations of what a novel should be and do — how it should behave — that they find mine failing at something they never even aspired to.

You cast a remarkably wide net. Is a narrow scope against your nature?

To have a wide area of interests seems normal to me. John Berger was a huge influence in this regard. He set a precedent and gave me confidence about ranging widely.

Given your inclination to move between subjects, I’m curious about your opinion on the notion of expertise. Is there some value in a lifelong endeavor to explore every angle of a highly specific subject?

Yes, there’s enormous value in it. And someone like me who comes to an area without particular expertise is absolutely reliant on the expertise of others. So my relationship is overwhelmingly one of gratitude. Obviously I don’t like it if experts look at me with the fear that I might be pissing in their pot but that’s pretty rare. Let’s take the case of experts in the field of photography: they’ve been incredibly generous and welcoming – to the extent that I now feel a bit wary about allowing any new immigrants in!

You became close with the critic, painter and novelist John Berger while writing Ways of Telling about him. What is your relationship like?

We are friends in so far as you can be friends with someone who is far and away the greatest person you’ve ever met.  I think if anything my sense of John’s all-round wonderfulness has increased over time! Obviously there are people with whom John can have more satisfying and stimulating serious conversations than I am capable of. I don’t really do serious talk. I just like joking around. I’ve often described him as a mentor but maybe that suggests something more ‘hands on’ than was the case. If the word means someone you admire enormously who also encourages you then that is the case. John is nothing if not an encourager.

You’ve just begun to write a new column for the New York Times Book Review. How’d that come about?

They asked, I said yes. The nice thing is that it’s only once a month. If it were once a week it would go from being a pleasure and platform to a burden.

What have you been reading recently?

A while back I read Fox Butterfield’s All God’s Children – a devastating masterpiece. Just finishing Wade Davis’s forthcoming Into the Silence, which is pretty amazing.

Have you got another book in the works?