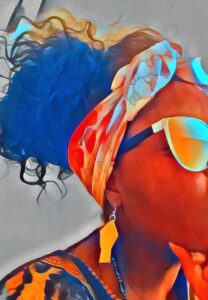 For varying degrees of better or worse, 2020 never let us forget the urgency, the limitations, and the possibilities of our humanity – it made us more aware of what it means to occupy the bodies we inhabit, and what we do within them. In case it wasn’t already front of mind, this year made us reconsider what a strange thing it is to be alive.

Morgan Christie’s incandescent These Bodies captures all of these elements in a debut story collection that resonates deeply in 2020, and far beyond. In searingly honest prose, These Bodies focuses on the interior lives of people of color and others who’ve had to exist in the margins for far too long, questioning what kind of people have been allowed to take up space in the world, and why. In the waning days of 2020, I had the pleasure of talking to Morgan about the power of dreams, the way movement and sport can inform fiction, the heaviness of personifying prejudice, and more.

Nikki Barnhart: You’ve published several poetry chapbooks, but this is your first collection of stories. How was publishing fiction different for you than publishing poetry – or did you find more similarities?

Morgan Christie: I found the editorial process different. In my experience, poetry goes fairly untouched. So much of the form is based in an objective perception, in some ways it does for prose as well, but it runs a bit stronger with poetry. The editorial process for fiction was far more stringent, where structure and framing have to be digestible in a different way than with poetry. I do feel fortunate that in both genres the writing was able to keep its integrity and my vision for it was never lost.

Did any of these stories originate as poems? How do you personally decide when an idea should be a story versus a poem?

No, none of them did. I’ve always considered myself, primarily, a writer of fiction, so most of my ideas are based in short or long prose. I don’t consider it a choice, or a decision necessarily, either. Something either exists as a poem or as a piece of prose in my mind. I’ve never stumbled onto an idea and envisioned it developing as both, one just sort of sits there as the cup and the idea naturally fills it. It’s interesting really, because there are similar themes that occupy both my fiction and poetry, but not once have I ever felt a competing force in deciding what a piece of writing should exist as.

These Bodies is such a perfect title for this collection – deceptively simple, it so perfectly unites what I see as the tie between all of the stories: every character grapples with what exactly it means to inhabit the body they’re in. Every story occupies a distinct world, but there’s a grace to the way these stories complement each other, as in the best collections. I’m interested in the way they came together as a collection: was this synchronicity intentional, or did you find yourself unconsciously gravitating towards similar themes?

It was completely unconscious. As I began compiling the stories for submission, it occurred to me that my subconscious had been knocking on the notion for years. This habitual idea of the body has always been one of interest, especially as it pertains to the way the individual views their body, but also, the way others perceive it. How these two perceptions intersect. It’s an especially fascinating concept to explore in those of us identified as underrepresented, as the collection solely focuses on individuals that embody the term. It all comes down to what has been one of my primary focuses in writing; to tell and explore the stories of those of us who are not appropriately represented, or even seen, in literature and everywhere else. To establish a safe space for all of our bodies, and all that they encompass.

Another thread that ties the collection together is the recurring motif of dreams, and dreamscapes. In the story, “Dry Dreams,” a relationship counselor reminds one of the main characters that “people’s dreams are their own . . . Sumaya needs to be able to explore hers freely, and not feel guilty or obligated to share them.” What bearing might this section have to you in your interest in writing about dreams?

What a great question! My interest in writing about dreams stems from my inherent fascination with them. So much of what we are exists in our dreams; passions, fears, worries, hatreds. They are private and telling glimpses into who we are and sometimes who we choose to hide. There is a tangibility in dreams, something concrete and strangely physical. It still shakes my understanding of human capacity that we have the ability to cry in our dreams, to orgasm, to laugh, to jump. It’s all our subconscious mind, of course, but the power in that reality is so wondrous. A lot of stories have come to me in dreams, actually, quite a few from this collection. I always have some sort of paper/pen combo near the bed to be sure that the dream/story settles somewhere palpable as soon as I wake.

Was there a particular story in this collection that was more difficult to write than others?

“The Abada.” I wouldn’t say it was more difficult though, just draining. The story reimagines prejudice and racism as a depicted mythological creature that follows a young kid. His understanding of self is shaped by this fierce and beautiful creature, and the perceptions of those that can see the creature, as well as those that do not see it. This piece was the most reflective and deeply cut evaluation of what it means to grow up in a certain skin. I’d never personified a construct that way, and it tore at memories and present-day realities. You live through these experiences and they sadly become commonplace, but to relive and stoke the flames of those feelings, the anger and sadness and joy, it was exhausting. Emotionally, exhausting – but as is life.

In addition to your creative pursuits, you’re also an athlete – which not many writers talk about. Do you think sports might inform your writing?

I discovered that it did while evaluating sport and movement in a previous interview. There is so much attention on the body in the collection. Where movement and the lack of it fill the pages through bounds of escape and bliss, I noticed that the way I described bodily action and reaction was reminiscent of the way I view bodies in sport. Various sensations paralleling the way I would feel in sprint, stretch, and breath, and small observations like a muscle spasm before full extension, or the hardness of different grounds beneath our feet. Sports and athletics have greatly informed my writing, and I’m glad that through this process I’ve been able to uncover that reality.

From the Bronx to Vegas, the stories in this collection occupy such a broad range of settings that render into the story much more prominently than just backdrops. Is there a place that you’ve lived or spent time in that you feel has influenced your writing more than others?

Definitely my home city, Toronto. There are so many people from so many walks of life, it’s why they call it the melting pot. My experiences there shaped much of my understanding of the world around me, my awareness of self and others, and how that awareness differed through different lenses. The city is a microcosm of cultures, a small but poignant introduction to the world. Without growing up there, my writing wouldn’t be what it is. I don’t know if my longing to incorporate all of the voices I’ve heard and still seek out wouldn’t be as present as it is if I didn’t come up in a place where there were so many singing, harmonizing with the city. 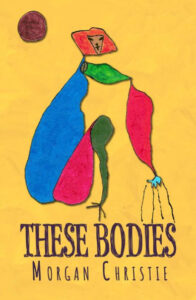 Morgan Christie’s work has appeared in Room, Aethlon, Moko, Little Patuxent Review, Obra/Artifact, Blackberry: A Magazine, and has been anthologized in BLF Press’s Black to the Future. Her poetry chapbook Variations on a Lobster’s Tale was the winner of the 2017 Alexander Posey Chapbook Prize (University of Central Oklahoma Press, 2018) and her second poetry chapbook Sterling was released in 2019 (CW Books, 2019). She is the winner of the 2018 Likely Red Fiction Chapbook contest, where her third chapbook When Dog Speaks was also published in 2019. Morgan has been nominated for two Pushcart Prizes and Best of Net and recently completed a Master’s in Creative Writing.

A Dream of a Woman – Casey Plett