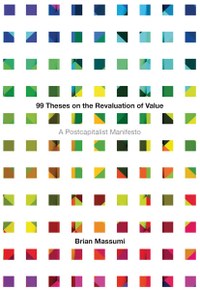 At its best, this waltz represents the very real and very important need to navigate theory and practice. When done in good faith, taking a few turns on the dance floor with the person outfitted above in admittedly cartoonish strawman getup can actually provoke some useful conversations concerning that perennially clacking Newton’s cradle of political struggle. But most of the time, of course, the EWR is just concerned with grandstanding and virtue-signaling, not conversations. And at this point I’ve seen this kind of thing enough to start thinking that at times there is something even more depressing going on: kicking the can from theory to practice and back is too often a way to both object and capitulate to a position of alienation, to demonstrate your capacity for foresight without actually doing any foreseeing and register your commitment without admitting the possibility of any urgent occasion when you might actually need to put your ass on the line. We all know the guy who didn’t attend the march because the political leanings of some of its core organizers were insufficiently radical or otherwise somehow marginally divergent vis à vis his own. In my experience it’s the same guy, or at least the same kind of guy, who eulogizes direct action and popular-front politics during reading group meetings in which he thinks there is too much splitting of philosophical hairs going on.

99 Theses on the Revaluation of Value will piss the EWR off, and there’s a part of me that thinks I enjoy it most for that reason. On one hand it represents an extended theoretical meditation on the affordances and limits of existence under late capitalism with regard to the articulation of a post-capitalist future — in its own way it imagines the end of capitalism, and the reader gets a sense if not of how much easier, than at least of how much more refreshing that can be than just imagining the end of the world. On the other hand, the book presents a practical guide for exploring the fissures and interstices in everyday life where something underneath, beside, or beyond capitalism seeps in not in spite of, but in fact as a result of its own internal, contradictory momentum. One of its early mediations, for example, is on what it might mean to want to get “more” for your money. If we accept the premise common to both the reactionary bootlicker and the white radical edgelord who took too much Adorno to heart that the logic of capital is omnipresent and inescapable, that every element of our lives is immanently reducible to the quantitative logics of input and output, dollars and cents, then getting “more” for one’s money (something people without much of it seek to do every day) makes, as it were, no sense. The privileged logics of the bootlicker and the edgelord equally need to be challenged in order to think and act in a way that both is commensurate with and can extend beyond our material situation — thus Thesis 9: “The threefold market definition of money assumes that value is by nature quantifiable and posits money as the measure of value. These assumptions must be questioned in order to open the way to the revaluation of value.” This questioning is the initial impetus for the work, the taproot out of which a divergent mass of radicles branch out in occasionally tenuous but always, at the very least, alluring lines of flight.

I would say 99 Theses practices what it preaches were that not an annoying thing to say about a book, and were it not for my feeling that Massumi’s work is less an EWR-esque exercise in cleverly articulating the dialectic of theory and practice than a ragtag base-camp from which wanderings into the postcapitalist world — which we must affirm exists, just beyond the horizon of bootlicker and edgelord intellectual cartographies — can be launched. True to Deleuze and Guattari’s proffered yardstick for the philosophical value of a text as productivity (how much can be made with this or that book, how much work does a work do) 99 Theses is in part a non-linear but no less machinic assembly-site of components for building or articulating what value might mean in a postcapitalist sense.

Brian Massumi is probably best known for his translation of One Thousand Plateaus and his recent work on affect theory, and therefore might be associated with the more far-flung regions of speculative philosophy — 99 Theses partakes of some Deleuzian-Guattarian theoretical psychedelia, to be sure, and it is anything but an “easy read” (I would find this book suspicious if it attempted to be simple), but the shocking ease with which some of its more profound ideas are conveyed gives the lie to the idea that this kind of work is just for theory-junkies. Quality of life, to take an example, is wrested from its neoliberal quantitative designation (where e.g. according to the Human Development Index of 2018, the US quality of life is listed as .924 whereas Bahrain enjoys a score of .846) to denominate rather the differential affective vibrations qualitatively experienced even in the context of isomorphic quantitative conditions. Quality of life, in this sense, refers to how a spring morning and an autumn afternoon are so wildly different in value even when the temperature of each is exactly the same. In 99 Theses, quality of life is an index of vital potential rather than measurable quantity, marking the incommensurability of life to the mathematical frock-coat that too often smothers its expression.

Quality of life is just one term Massumi adopts and perverts—few of his 99 theses are without at least one new, or newly configured, concept fashioned to the end of occupying and détourning the value-structures that populate the mind and body under capitalism. In this sense, thankfully, 99 Theses is a book that makes fun of ideological purity and the bad-faith Scylla and Charybdis of radical-reactionism that finds a home in the hive of the EWR:

Everyone is already practicing creative duplicity, and short of a global revolution will continue to do so. Historically, even the most radical of revolutions have been recuperated by capital. It cannot be assumed that it will be different the next time around—unless the postcapitalist future is already availably prefigured in the interim [N.B.: This is a thesis that is at the core of many of Marx’s own insights]. So the issue is not whether to practice creative duplicity, but which complicit duplicities and in what way. . . . Striking a posture of purity will get nowhere. It too easily absolves one of engaging, day to day, hour by hour, with the real conditions of life, as part of an ongoing struggle reaching down to the microlevels of existence.

The point here — to significantly and, perhaps, violently paraphrase — is one of living and thinking in tandem, cultivating new expressions of value with the vital force they arise from, practicing theory and theorizing practice so as to get a grip on where to go from here.

As Massumi deftly and simply points out, value as such overspills quantitation. Qualitative excess, in fact, is the disavowed cornerstone of capital accumulation, the apostles of which preach the gospel of equal exchange while wringing ever richer surpluses from the flock. The question for Massumi, as it was for Marx, is one of rearticulating the link between vitality and value and of reappropriating the fruits of the latter so as fuel ever more exuberant expressions of the former. Post–capitalist thinking here is not a navel-gazing exercise in utopian fabulation, but a very direct imperative to think through capitalist value-structures, reminding us that real critique does not run away from these structures or try to construct little anti-capitalist hidey-holes to stow away in until the ever-deferred revolution finally comes. Again following Marx, the challenge to the reader is to unfold — from where we stand, here and now — the ideological edifice of capitalist value, to uncover the internal dialectical impasses where its foundational terms generate their own antitheses, and to map the points where we may, perhaps, burst out its back end.