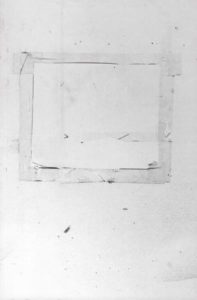 Aruna D’Souza’s Whitewalling: Art, Race & Protest In 3 Acts examines the liberal culture of the white-dominated U.S. artworld that has perpetually marginalized Black artists’ works. She presents three controversial exhibitions over the past half-century as ideological battlegrounds between, on one hand, pillars of structural racism that perpetuate curatorial blind spots and white artists’ assumed license to appropriate Black iconographies and, on the other, Black artists’ resistance to these forces and broad community coalitions determined to effectively transform those pillars.

In three chapters (Acts) D’Souza begins at the 2017 Biennial and works backward in time to exhibitions in 1979 and 1969. She highlights how white-centeredness at U.S. art institutions has repeatedly exposed anti-Black biases while codifying and formalizing their own resistance to change. She centers protestors’ voices and destabilizes opposing arguments by revealing lopsided access to artistic freedom that, on closer inspection, is dependent upon race and identity. She discusses how decades of difficult conversations by Black artists in workshops, exhibitions, artists’ studios, and in classrooms have been routinely ignored as vital resources for meaningful transformation at the top of institutional hierarchies.

The first chapter examines how earnest curatorial goals of intersectionality ran headlong into a polarizing clash between anticensorship and essentialism, with the appropriation of racial imagery at the core and institutional racism as the envelope. The 78th Whitney Biennial opened to the public on March 17, 2017, two days after a gala VIP party from which art critic Jerry Saltz posted Dana Schutz’s painting Open Casket on Instagram and labeled it “beautiful,” which triggered a prolonged and powerful protest of the painting and the artist, with dozens participating in person and thousands participating online.

The painting is based upon a photograph of the mutilated body of 14-year-old Emmett Till, who rode a train from Chicago to Mississippi to visit his relatives in the summer of 1955 but was returned home in a box after white supremacists kidnapped, tortured, and murdered him in the middle of an August night and dumped his destroyed body in the Tallahatchie River with a hundred-pound weight around his neck. His mother insisted upon an open-casket wake, and permitted photographers access to his body so the world would see what had been done to him. Fifty thousand mourners viewed his body as it lay in state over three days and Jet Magazine, with a predominantly Black readership, published the photographs two weeks later. The photographs became a galvanizing force behind, and iconic of, the Black Civil Rights movement.

Although it was the most diverse Biennial in the Whitney’s history (half of the 63 artists are people of color and half are women), the gallery exhibiting Open Casket immediately became a site of Black resistance when artists Pastiche Lumumba and Parker Bright showed up, separately, to protest. Bright positioned himself in front of the painting for two days, mediating viewers’ access to the painting and interrogating the right of a white artist to appropriate the iconic image. He created a painting, Confronting My Own Possible Death, 2018 from an Instagram image of his protest in front of Schutz’s painting with a hand-scrawled text on the back of his T-shirt reading “Black Death Spectacle.” The protest painting maps the internalized daily uncertainty of his own survival as a young Black man in America, starkly enforcing his view that she is exploiting Black suffering for white consumption and profit.

Shortly after the initial protests, British artist Hannah Black sent a lengthy petition to Whitney curators and staff, appended with thirty prominent Black signatories, which opened with an urgent demand for the removal and destruction of Schutz’s painting. D’Souza features the full letter, which occupies three-and-a-half pages of the forty-two-page chapter, and defines it as an “aesthetico-political manifesto, an invitation to take part in a process of truth and reconciliation, and evidence of an open wound.”

The opening salvo of the petition created a firestorm when it appeared on social media, resulting in thousands taking positions, insisting, on one side, upon the removal and destruction of the artwork and, on the other side, upon the preservation of artistic freedom at any cost. Coco Fusco’s essay in Hyperallergic “Censorship, Not the Painting, Must Go: On Dana Schutz’s Image of Emmett Till” has been shared 25,000 times. D’Souza has clashed with Fusco’s views, both online and in the book, reasoning that “the open letter lays bare the ways in which values that we claim are universal and available to everyone are in fact doled out unequally depending on how we are raced.” Schutz was undoubtedly shocked by the forceful and widespread rejection of her painting, and the resistance that viewed her appropriation of the image as a daring presumption of white entitlement.

In a calculated move, D’Souza denies a further visual platform for Schutz’s painting by omitting it from the book’s illustrations and allowing it to be represented only through language, while featuring the art of the Black protestors who were not commissioned as exhibiting artists, but became part of the biennial physically when they took their protests into the gallery.

D’Souza spares no mercy on Schutz’s claim that Open Casket was an empathic response, as a mother, to Mamie Till Mobley’s loss of her only child, and characterizes white-centered empathy toward Black pain as “white tears” and “white lies.” She cites Michael Harriot’s scorching elucidation of “white-peopleing” on The Root: “Schutz’s crime was not that she was white, he explained, it’s that she was ‘white-peopleing’ — centering whiteness and white pain in her response to black death […] It is either not knowing or disregarding the difference between a mother saying, ‘Look what these monsters did to my boy’ and a New York paint-slinger saying, ‘Look what I did.’ White-peopleing is this.”

D’Souza frames the protestors’ demands for the painting’s removal as a challenge to the curatorial decisions that showcased Schutz’s work. In response to the protests Mia Locks, one of the biennial’s two curators, explained that curating generates moments of uncertainty, and that uncertainty is “important – it has merit” in the curatorial sphere. She expressed hope that various artworks would interact, putting Open Casket, among other works in the exhibition, in dialogue with each other, with the uncertainty of how those interactions would be received. Paradoxically as arguments grew online, Open Casket has likely become the best-known painting from the exhibition as it has been reproduced endlessly.

In the second chapter D’Souza examines the fallout when a young and relatively unknown artist, Donald Newman (debuting as “Donald”) had his first New York exhibition in 1979 at the alternative gallery Artists Space, with the incendiary title The Nigger Drawings. Donald is white, and his black-and-white charcoal drawings and photographs had nothing to do with race or racism, precipitating a focused public outcry from varied enraged sectors of the art world, primarily directed at Artist Space administrators who green-lighted the exhibition and its title.

D’Souza forensically combs the Artist Space archives, which meticulously preserved documentation of correspondence, newspaper articles, and other artifacts, wherein the institution took a hands-off anticensorship stance toward Donald’s title. There is no satisfactory explanation for Donald’s choice but it seems he may have calculated the inevitable public furor simply for the notoriety. His obfuscatory response to the New York Times, after stating that none of his Black friends were offended, and that he still thought it was a good title, included the claim that his reasons for choosing the title were “as complex as they are contradictory and given even the best of explanations they would remain unclear; leaving one still to consider the question of any work of art’s relationship to its title.” At another moment he referred to how his white skin looked after a day working with charcoal – blackened. Michael Harriot’s future explanation of “white-peopleing,” as he would apply it to Dana Schutz, would have been aptly applied retroactively to Donald, and his outrageous entitlement, in 1979.

As the 2017 Whitney Biennial would be thirty-eight years in the future, Artist Space was unprepared for the onslaught of protest while they, as anticensorship champions, argued for an artist’s unfettered access to “the neutral space” of the gallery. Many white artists critiqued protestors for being unsophisticated and reactionary, as would the anticensorship advocates at the Whitney decades later. Black artists and white allies called for withdrawal of public funding for the venue. D’Souza quotes from Howardina Pindell’s fierce and targeted response to the pushback from those who promoted freedom of expression and accused protestors, including herself, of censorship: “Never mind that women and Blacks and people of color were censored out of the system, the issue was: ‘you’re censoring a white male artist.’”

The protests did, after initial resistance, directly influence Artists Space into reconsidering their relationship with artists of color and resulted in significant changes in policies and Artists Space still thrives today, with a mission of supporting a diversity of emerging artists and ideas.

In the third chapter D’Souza describes the spectacular failure of “one of the most controversial exhibitions in U.S. history” at the Metropolitan Museum in 1969. Harlem on My Mind: Cultural Capital of Black America 1900-1968 was initially conceived with worthy goals of inclusiveness, hoping to create exhibition content through which theretofore ignored Black audiences would be willingly drawn into the museum. While the curators connected with Black advisory groups, cultural leaders, “influencers,” and other experts, D’Souza unpacks this as a moment when Black cultural workers were not so much eager for inclusion in the historically race-exclusive white museum environment, but were determined to take ownership of their own narratives, on their own terms, on their own grounds. The Studio Museum in Harlem had just opened, and white institutions were eager to “capitalize on a kind of ‘radical chic’ … where elites could “rub elbows with black nationalists, anti-Vietnam war activists, and leftist politicos without having to give up their power, resources, or authority.”

D’Souza recounts how the white curators, aware of the optics of taking on the huge project, surrounded themselves with Black intelligentsia who met regularly with the curators and offered substantial advice, most of which was ignored, which led them to believe curators engaged them only to provide cover for themselves, rather than offering them an authentic seat at the table. Their suspicions became truths when it was realized that no black art was to be included [D’Souza’s emphasis] in the exhibition, except for photography which, at that time, wasn’t fully recognized as an art form at the Met, although legendary Black photographers James Van der Zee’s and Gordon Parks’ works were included. Thomas Hoving, the curator, claimed that he was taking a “documentary view” of Harlem: “The Harlem community becomes the artist in this case, the canvas the total environment in which Harlem’s history was formed.” D’Souza argues that “the Harlem community was not the artist at all but merely the artwork” and the object of the white creative designer’s will. The community had been mishandled through the process, and the great artists who were intrinsic to the creation Harlem’s artistic legacy were excluded from the narrative.

Whitewalling: Art, Race & Protest In 3 Acts exposes systems that perpetuate racial oppression in the art world and pricks a bubble of white-centered consciousness with a clear message about complicity. It meticulously paints a 50-year circle addressing race in the white-driven U.S. art world; a circle with a messy interior and a repetitive story of whites, who have held continuous power and privilege in the art world and Blacks, who continue to wrestle with being recognized and understood as art makers and cultural workers, rather than anthropological subjects of white imagination and empathy.

Bonnie Donohue is Professor of the Practice in Photography at the School of the Museum of Fine Arts at Tufts University. She is a photographer, video artist, and writer.