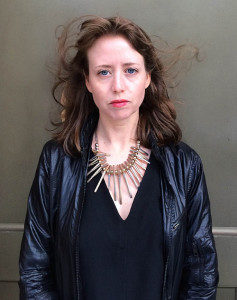 There is one moment, early in Laura van den Berg’s The Third Hotel’s tale of a woman’s experiences at a film festival in Cuba, that transforms all the moments following it and shifts permanently one’s understanding of the book. It’s not exactly a plot twist, since nothing changes in the story of the book after its arrival. It’s also not a “reveal,” really, since it doesn’t represent secret, confidential knowledge. It’s more an offering of information that the reader didn’t previously have that alters the way you view the book’s central figure, changing how much you might trust her and heightening the symbolism of many of her actions, observations, and exchanges. Some writers might feel it was okay to reveal that moment here, even necessary to write about it when writing about the book. And in fact, what the moment is would be fairly easy to find out if you hadn’t read the book. And yet I tend to think, in this case, it’s not fair for me to reveal it. Revealing and not revealing information, indeed, are crucial parts of the narrative of The Third Hotel. When Clare, the book’s central figure, wanders through the festival’s events, information slippage seems to be a large part of her m.o. She allows herself to be mistaken for another person, pursuing and indulging the misunderstanding as long as she can. The information that she reveals to us, the readers, is doled out only gradually; we learn about her marriage, her husband’s eccentric behavior, her unorthodox childhood, her own ersatz behavior, in bits and pieces. This quality the book has, of telling and not telling, of course affects its progress. We learn things in the last few pages that affect the way we view what has come before and what comes afterward, virtually until the book’s last sentence. And so what about the question raised above, the one about dependability? Does slippage, in this case, make Clare slippery or human? Could these two terms be synonymous? I ask these questions because the book itself raises questions—without necessarily wanting answers to them. As van den Berg leads us through the world of the festival, with its critics, its actors, its directors, and its scenesters, she maintains a mood of uncertainty which acquires, not too slowly, profound integrity. As if uncertainty were a worthy and hard-won destination. I enjoyed asking van den Berg a few questions about her book, over email, and I enjoyed even more reading the answers.

Max Winter: What quality of film, as a medium, led you to make it a central part of this novel?

Laura van den Berg: Film is narrative, but in a very different way than in fiction. Film hinges on finding a visual language for the story—and there is an immediacy and a visceralness to that visual language that’s always appealed to me. That can be especially true in horror films, where the visual language has to convey a devolving nightmare of some kind, a shifting landscape of reality, keys to the submerged logic of the story. And while we’re on the subject of horror films—I’ve long been interested in the way that horror films use extreme dislocations of reality to uncover the human truths that have been there all along.

Also: much of The Third Hotel is set at a film festival in Havana. I read a lot about tourism and a lot of film theory while working on the book, and at a certain point I realized that some theoretical writings on tourism used language similar to that of cinematic scholarship, a discovery that allowed for increased synergy between film and the books other elements: transit spaces, tourism, etc.

Would you be able to elaborate on the overlap between film theory and writings on tourism?

I noticed it first at the level of vocabulary. For example, both kinds of writing makes reference to lenses and gazes—the quality of looking and being looked at. This has a more obvious manifestation in film, with camera lenses, but I think this language is also integral to the culture of tourism. Who is doing the looking? What is the quality of that gaze? What histories does that gaze leave out or erase entirely? How is place narrated? What kinds of narrations are being imposed on places by outsiders and to what ends?

The hotels and other temporary lodgings in this book are extremely well-imagined. What kind of research or other conceptual work did you do to arrive at them, in their realized form?

I was traveling a lot when I wrote parts of this novel, so this was an area that necessitated less research! Many transit details are drawn from life, and I’m very interested in the tension between intimacy and ambiguity in transit spaces. On the one hand, there is the guarded, outward-facing public self; on the other, these spaces can be rich environments for the secret self to surface. We are revealing ourselves to strangers in ways we don’t even realize—our unconscious habits, what we leave behind in hotel rooms or in seatback pockets. I’m too anxious to sleep on a plane, so I can observe the sleep habits of strangers. If they have a dream, I’m present for a very incredibly intimate thing, but there is pact of silence around the moment; to disturb the anonymity would be to break social protocol.

The attitude towards death and the dead in this novel remind me of works ranging from some of Marquez’s stories to Bergman’s films (Fanny and Alexander most notably, though also Wild Strawberries and The Seventh Seal) to Black Orpheus. What’s your own attitude towards mortality and, if applicable, the idea of the afterlife, as something that can shape literary works?

Certainly a lot of literature deals with the great mystery of death—and much of that literature has been hugely influential for me. The novel actually began as a kind of call-and-response to Jean Echenoz’s novel Piano, which is about a pianist who is killed early on in the book and then must traverse the afterlife. So dealing with death and what comes after explicitly was always central to my ambitions for this project. As for my own views—I have truly no idea and feel hugely unsettled about having no idea. I’m agonistic, so I can’t find stability or comfort in a religious narrative. I fear death is an unending abyss of nothingness. But of course I don’t know. I do sometimes feel that reading and writing is a way of preparing oneself, as much as a person can be prepared.

Many times the actions Clare takes make poetic sense but do not make literal sense, if you’ll forgive the obtuse demarcation. How did you arrive at this character’s way of moving through the world?

One thing about sudden loss and extreme grief is that it can make you feel like your life has been dismantled. The former rules no longer make sense. Everything has been turned inside out. Thus, Clare is tasked with finding a new kind of logic to operate under. She arrives at the film festival in a kind of waking nightmare, a state that infects her surroundings in short order. And the terror that besets characters in horror films can have a similar kind of rule-shattering effect—the characters have to find a new way to live, essentially, and I wanted Clare’s inner life to be in conversation with that cinematic state of being.

You could say that zombies have to find a new way to live, as well; to what extent did the presence of a zombie film in the book affect the way you shaped Clare? Alternately, which came first, Clare or the zombies?

Very early on, The Third Hotel started as a kind of call-and-response to Jean Echenoz’s novel Piano, in which a character dies early on in the novel and then must traverse the afterlife. He’s eventually repatriated to Paris, where he lived at the time of his death, but his appearance has been changed so he is indistinguishable to those who knew him when he was alive—but one person does manage to recognize him and trouble unfolds. I wouldn’t call that character a zombie, but he is “living” a seemingly ordinary life as a dead person. So that book was an important cornerstone. Deeper into the project, I watched Alejandro Brugués’s Juan de los Muertos, which was widely regarded as Cuba’s first zombie movie and provided inspiration for the film-within-the-novel. Especially given how self-referential  horror is as a genre, I wanted to nod to that real-life cinematic history.

How did Clare arrive at her specific profession, in light of your own consideration of her backstory as a character? What knowledge, symbolic or otherwise, would it give her to progress through the book? (Our jobs wear off on us, in one way or another.)

I’m mildly claustrophobic, so I step into elevators with a slight flicker of dread. I wanted Clare to have a job where she had to travel a lot—she’s a sales rep—and I was drawn to her work existing in the context of a transit space, given that elevators are temporary zones, designed to get us from one floor to the next. Also, I wanted Clare to have a specific and layered relationship to travel as well. In addition to being a visitor at the film festival and a sales rep for elevators, she was raised in a small beachside inn in Jacksonville Beach (her parents were innkeepers), so her own relationship to travel and tourism gets to live and be examined in these three very different contexts.

To a large extent, the novel takes up the question “who am I,” or seems to. How did the idea of identity, personal and cultural, shape this book?

Kind of like with travel, I wanted to look at that question of “who am I” in as layered a way as possible. Clare and Richard’s marriage entered into a bewildering passage before his death; in the aftermath, Clare’s sense of self and reality is reconfigured; as the novel progresses, she is forced to confront the aspects of her own history, both recent and distant, that she had been actively avoiding. And then there are the larger questions of how being on camera shifts our relationship to identity—how does behavior change when we know we’re being recorded, when we know we’re being watched? What truths can the camera reveal, what fictions can it create? What does the presence of outsiders photographing and narrating a city do to a place over time? When we write about the places we travel to, how do we impose our own narratives? What is foregrounded and what is left out entirely and why? I did not aspire for the novel to be a mirror, simply reflecting Clare back to herself. I wanted it to be a mirror and a window and many refractions.

Max Winter is a writer, editor, and illustrator living in New York. He is the author of The Pictures (Tarpaulin Sky Press) and Walking Among Them (Subpress). He is the coeditor of Solid Objects.