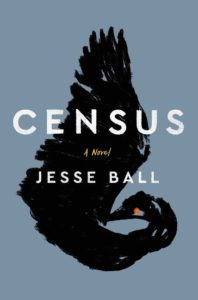 Deep within Percival Everett’s bitingly funny novel Glyph, the narrator — a baby unable to talk but already well ahead of his parents in his grasp of post-structural theory, easily lulled to sleep with the words of Wittgenstein’s Tractatus Logico-Philosophicus — breaks the fourth wall with a casual aside to the reader: “Have you to this point assumed that I am white? In my reading, I discovered that if a character was black, then he at some point was required to comb his Afro hairdo, speak on the street using an obvious, ethnically identifiable idiom, live in a certain part of town . . . ” It’s hardly the real plot twist of Everett’s novel, but the revelation has stuck with nearly every reader: that a character’s difference from presumed norms has to be clearly underscored for readers to realize it. And such differences are not only racial; they can also be ethnic or they can even be — as Anne F. Garréta’s ambiguously worded love story Sphinx illustrates — gendered in nature.

And disability, too, is a difference that has to be articulated to be realized. I am a deaf writer who has to remind acquaintances — sometimes repeatedly — that I can’t pick up the phone to call them. If autism can be considered a disability of sorts, then the question of how to signal it in fiction is a fascinatingly complicated one. Are clues scattered throughout the book — counterparts to the “comb his Afro hairdo” signposts that Everett’s narrator rails against — or is it handled more subtly for the reader to piece together over time?

Jesse Ball, whose idiosyncratic style has garnered him a coveted spot on Granta’s most recent iteration of its Best of Young American Novelists, has decided to have it both ways. That is, he takes great pains to preface Census, his newest novel to be published, with a heartfelt note to the reader about his brother, starting with the two sentences “My brother Abram Ball died in 1998. He was twenty-four years old and had Down’s syndrome.” And, even as he leans forward, stating the facts in the plainest terms possible, he draws back: “I would make a book that was hollow,” he decides. “I would place him in the middle of it, and write around him for the most part.” Creating such a void, however, only succeeds when accompanied by precision and detail enough to infer what has been left out. Ball’s refusal to do so was why the sympathy that I had so dearly hoped would be inspired within me while reading this book was instead drained away.

This is a refusal Ball practices earnestly. When I think of Jesse Ball, in fact, I have now come to think of a shadow theater. A screen. Paper cutouts glued to sticks waving back and forth. And, behind it all, a flickering light that flattens the cutouts and the stories contained therein. A normal play tries to convince me that maybe the people onstage really are acting that way, that the story is real life and not a simulacrum thereof. But a shadow play makes no such pretense; it simplifies everything to allegory, a representation of a representation of reality.

This flatness of affect is not merely a rhetorical trick; it becomes the defining quality of Census. Jesse Ball’s story tells of a father in a cold, Nordic town, who leaves his house with his son in order to carry out his work as a census-taker and to ready his son for being orphaned and alone in the world. It is a story that resists using names; even the towns are reduced to letters of the alphabet, which themselves take up full-page spreads throughout the book. The journey north is a journey toward Z, where the protagonist’s son will be self-sufficient to some degree, ready to interact fully with people he has not known all his life.

The allegorical tradition in which Ball writes is not a new one; writers from Spenser to Saramago have strutted and fretted their characters (whose names, when they do have any, are transparently symbolic) on their stage, letting ambiguity do the heavy lifting generally reserved for metaphor. The very titles of Ball’s earlier books — Samedi the Deafness, The Way Through Doors, A Cure for Suicide, How to Start a Fire and Why — are so paradoxical and elliptical as to require endless interpretation and reinterpretation.

And so Census resists clarity. “I have long believed,” the father muses early in the book, “that reason and nonsensical behavior are not always necessary if there exists some small flood of kindness.” The father and the son go from house to house, city to city. They interview people. The father tattoos those who accede to being counted for the census. The son asks many questions, is sometimes treated well by those who welcome them inside. Sentences float past like Zen koans, hinting at a meaning that never quite materializes.

I struggled to be moved by this book. Only at one point near the end did I come close to some genuine feeling. It is when the father tries to articulate his vision of the train trip his son will take back home to the city known as A after he dies: “And now there is a future, his and not mine; I imagine it all . . . During the trip, a trip that will last months, maybe even years, the conductor will have become fond of my son. They will have become parts of the train, parts of the continuing travel. But, the time will have come to go; they will embrace. My son will step onto the platform and stand there. He will stand there. The train will pull away.”

What should we expect of a novel? A momentary escape from gray-skied reality? A catalyst for personal realization? A moment of genuine empathy with someone outside ourselves? Census provided none of these possibilities for me. All it offered me were words and a void that I had no luck in filling. The greatest pitfall in allegorical writing is when the distance between the representation and the reality is too great for the connection to be made, and so even Ball’s heartfelt preface and the fourteen photos following the text failed to hold up the novelist’s side of the compact I as a reader had made with him. “Is that really you in the photograph? Or is it someone you have a connection with” the father wonders aloud at one point where photographs and representations become a point of discussion. “Someone you once knew, but who now is foreign to you? A person whose concerns you share in part — but who is lost and gone away?”

The answers to those questions are not to be found in Census, nor are they even easily to be found in the reader’s mind after closing the pages of this book. What is to be found are those voids and shadows that wave back and forth in a shadow theater every bit as compelling as white noise on a television screen.

Jeffrey Zuckerman is a translator from French, most recently of Ananda Devi’s Eve Out of Her Ruins and Antoine Volodine’s Radiant Terminus, and he has written and translated for such outlets as The New Republic, The Paris Review Daily, The White Review, and VICE. He is a recipient of a PEN/Heim Translation Fund grant for his ongoing work on the complete stories of Hervé Guibert.