William Gass, Prophet of the Midwest 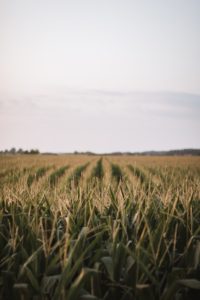 I grew up at the library. I walked there two or three times a week to read magazines and check out books and CDs. Sometimes I told myself that I could find better things to do if I didn’t live in a place as dull as Indiana, but it’s likely that I would have ended up sitting alone in a room full of books no matter where I lived. What I wouldn’t have had elsewhere was the view.

In every direction, cornfields stretched to the horizon without seeming to go anywhere. The landscape was like an arcade game where you walked off the left side of the screen only to reappear at the right. There was no way out to the larger world. That world was somewhere—the books and magazines I read suggested as much—but I had no clue how to get there. Manhattan may as well have been on the other side of the galaxy, accessible only via wormhole.

This is a familiar story: the dreamy teenager marooned in the Midwest. Unlike the protagonists of so many films and novels, I didn’t get out of the region. I went to college in nearby Michigan and lived there for a decade. I got married and came back to Indiana, where we had our children. The older I got, the fewer models I had for how to live my life. I felt as if I had missed a narrative exit ramp. It was then that I discovered the work of William Gass.

Like so many writers, Gass hailed from the Midwest. Several central figures of modernism’s first wave started here: T.S. Eliot, F. Scott Fitzgerald, Ernest Hemingway. Unlike those writers, Gass didn’t leave. He was born in North Dakota, moved to Ohio at a young age, and then embarked on an academic career that brought him to several of the Midwest’s great land grant colleges, including Purdue University in my native state, before he finally settled at Washington University in St. Louis. During these decades of teaching, he produced the essays and fiction that made his reputation as a formidable yet emotionally vulnerable writer.

When I started reading Gass’s work, what struck me first was how he depicted the plain, humble landscapes of the Midwest with a staggering, even off-putting, range of experimentation. Omensetter’s Luck, a novel about a preacher in 1890s Ohio, is a torrent of modernist prose that swings from philosophical musings to Joycean nonsense and back again. The justly famous story “In the Heart of the Heart of the Country” forgoes plot and character entirely. The unnamed narrator, “in retirement from love,” jots down a series of notes about the Indiana town where he finds himself, with particular attention to his neighbors’ many meannesses. The Tunnel is Gass’s long-gestating encyclopedic novel, on the scale of Gravity’s Rainbow or The Recognitions. Unlike those jet-setting tomes, The Tunnel doesn’t even leave the house. William Kohler, the scholar of Nazi Germany, spends the whole book shuffling between the attic and the basement of his home, ruminating over all the ways he’s been screwed over.

Gass’s fiction was mean. He wrote about cruel, self-hating characters inclined to catalog their gripes at great length. Yet, when I read his work, I often found myself feeling elated. His characters were stolid Midwesterners like the ones I knew, but they refused to abide by the unspoken rules of niceness that govern the region. “Don’t make a scene” could be the Midwest’s motto. Gass flouted that his whole career, voicing the thoughts and hatreds that Midwesterners would often rather keep to themselves. The experimental nature of his work wasn’t a means of showing off; it was necessary to break through the veneer of Midwestern niceness. A prescient project, it turns out.

After a couple failed attempts, I finally read The Tunnel front to back earlier this year. It must have amused Gass, who avoided trends like they were infectious diseases, to see his novel become so timely. Started in the late 60s and completed in the mid-90s, The Tunnel now reads like a prophecy of 2017. Kohler’s diagnosis of “the fascism of the heart” has been proven exhaustively accurate by the diseased America that aided and abetted Donald Trump all the way to the White House. “I suspect that the first dictator of this country will be Coach,” Kohler says in the book. I take this to mean that the clichés that constitute much of what gets called the “American” character—the faux friendliness, the boosterism, the adherence to norms and the rule of law—have been waiting for Trump to come along and realize them. Adherence to banality leads to evil, sooner or later.

Gass saw all this coming from the vantage point of the Midwest. Perhaps the flatness and lack of skyscrapers allowed him to see farther. Now I stand on the same land where he once stood, looking at the horizon, trying to discern what will come next. Redemption seems like too much to hope for. But maybe, just maybe, there will come a reckoning.

Adam Fleming Petty is the author of the novella Followers. His work has appeared in the Paris Review Daily, Electric Literature, and Real Life, among others. He lives in Indianapolis.