A month or so ago, friend and I saw Alien: Covenant at a small local theatre.

Some scenes—a monster biting into a cornrowed blonde’s neck with a mouth drawn from flesh, a baby set of claws splitting a man’s back in two—were too much. These days I soften like a young avocado sliced open and left out to nature’s devices. There was a point when I could watch Hollywood actors feign mutilation without a squirm, but only because I couldn’t comprehend real pain. I’d only experienced pain that bragged, waxing melancholic as if on-stage, and my stage happened to be Facebook. Every break-up begot a status, every bout of sadness bore a lyric.

It was midnight by the time the film ended, and only a handful of moviegoers trickled out into the parking lot. Once we’d reached the car, a couple stopped abruptly outside of theirs. The woman dropped to her knees, her face buried in her hands, suppressing silent sobs as her partner offered a caring hand, impotent under the weight of the moment. 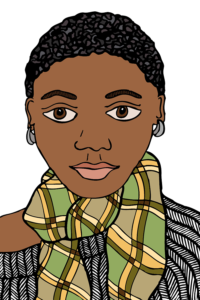 “That’s unfortunate,” was all I could say, though we lingered a bit, contemplating sharing in the man’s futility. We were onlookers rather than the audience to this woman’s personal drama. Audiences employ themselves in the spectacle; onlookers are arrested in that outside of their control. This woman’s pain lay far outside my periphery, and the only way to reconcile all our impuissance was by stepping out of our worlds and into hers. We could, but we couldn’t. How does one ever know when it’s okay to intrude?

We watched for a second more before pulling away from the parking lot and the tragedy at play.

Later that night I felt it all: sudden death as fiction and fact. Between them lay a chasm where dejection sprung, and so I lay awake, mulling over the unbearable surfeit of not being. For a moment, I was overcome with being, onset by feeling.

We all feel. All of us pretend autumnal winds mark the first days of Halloween or see infinity in someone’s eyes. Sometimes our feelings are bound just enough for identification; others, we feel without limits, subject to the whim of affect’s gradations. That night, I felt a malaise brought on by truth—the very kind that can’t be cured.

I used to dull the sadness with eternity the way all haphazard Christians do. There was a time when my mother used to take our family to church every Sunday—we’d congregate in a little office space with whitewashed walls and black fold-out chairs, singing our praises to a PowerPoint—but those days are even farther behind than the ones I can’t remember.

“Death is,” says Herbert Marcuse, “it is conquered only if it is followed by the real rebirth of everything that was before death here on earth—not as a mere repetition but as willed and wanted re-creation.” As humans, we can’t fathom a natural phenomenon we can’t control, and those who can resign themselves to it. Are these our only options?

Some people find enough death in feeling. There are those white boys toward the farthest right, with oily undercuts and ill-fitting suits, those boys refusing to become fall victim to sentiment. For a while there, they presented this front of neither being triggered nor offended because life is a war, and to experience is to concede, but since the Charlottesville devastation, it’s become apparent that they do feel, bleed, and cry, not for their own but for themselves. Their brand of fascism depends on narcissism, a predilection to themselves masked as collective motion. They’re for their persons, not their people.

What’s wrong with feeling, anyway? Feelings are a natural obligation. Civilization ends when we’ve severed ourselves from feeling, which is already underway. Forgive me for dipping into the identity pool for a moment: I come from a line of stoic women bred on an island where rum was as plentiful as the beatings it begot. They toiled far beyond what those poor white boys can imagine and yet, their feelings never dissolved; they, too, manifested in violence, carrying on a battered bloodline up until right now with me and my sister and my cousin and her brother and everyone hereafter, if we even make it that far. They yearn to shed their blood and bone for metal to become Terminators when, in the end, all the Terminator wanted was to love the way we humans do.

Who knows what’ll happen tomorrow or next year? The world won’t stop spinning; we just don’t have to be onboard for it to do so. At present, we’re leading ourselves straight to devastation, but there’s hope and there’s time as there always is. This time we should do it right: once more, with feeling.