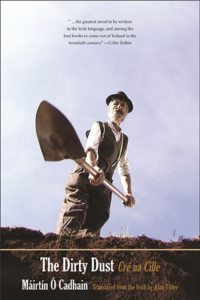 Memory is not set in stone. It’s fragile and selective. Every time you remember something, every time you tell a story, you recreate the event, adding, subtracting, and multiplying, warping it with your current feelings and ideas, turning you into an unreliable narrator of your own life. It’s why eyewitness testimony is so undependable, why people believe they were adventurers and kings in past lives, and why the ‘50s are remembered by many as a time of prosperity and values rather than one of segregation and fallout shelters.

I began to see this unfold in my own family after my brother died. A dynamic, assertive guy, Brian made friends as easily as he made enemies, the two divided by lines in the sand so thin you couldn’t know they existed until you’d crossed them. And yet the stories we tell of him have steadily coalesced, over the past nine years, around certain traits (his fearlessness, his charm) while others (his temper, his grudges) have been allowed to fall away, pruned to cut a more pleasant, presentable figure. For a time, people would try to comfort me with the thought that I would see my brother again some day, but even when I entertained the idea, I couldn’t help but wonder whether he would be the same person I remembered after so many years and so many stories.

Told entirely in dialogue, Máirtín Ó Cadhain’s novel The Dirty Dust comprises many such stories. But instead of the living reminiscing about the dead, Ó Cadhain’s raconteurs are the corpses of a small Irish cemetery, chattering endlessly about life up above. The dialogue is not tagged with names as in a play, and it begins in the middle and ends as abruptly, crosstalk rendering sustained focus nearly impossible. First published in Irish in 1949, The Dirty Dust is a famously difficult-to-follow book, and translator Alan Titley does an admirable job of not adding to its convolutions. Still, it is up to the reader to get to know the many characters and recognize them, when possible, by their catchphrases and hobby horses.

The Dirty Dust’s primary, or perhaps simply its loudest, voice is that of Caitriona Paudeen. A crude, jealous gossip, Caitriona is too full of spite to rest in peace. Slighted by her younger sister, Nell, who not only married out of turn but did so to the man Caitriona loved, Caitriona prays for Nell to be the next corpse placed in the dirt, and she badgers new arrivals for any news of Nell’s misfortune.

Fresh corpses are the sole source of new information underground, and even before they are covered in dirt, they are met with a battery of questions: Who is sick? Who has come into money? Who has lost it? How many people mourned me? How many candles were lit? When will Caitriona’s Connemara marble cross be placed on her grave so bodies will stop getting tossed in on top of her?

The pettiness, covetousness, and crudeness of The Dirty Dust run counter to the pastorals of Ó Cadhain’s day, of simple, wholesome townsfolk and emerald, rolling hills. Characters argue the outcomes of sporting events and wars that are already in the books and times of death already in stone. Meanwhile, the cacophony is punctuated by an endless supply of imaginative, alliterative curses: that cuntinental cow, that poncy microphallus, that twerpish tart twat, that poxy shitmonkey.

—I know the death that I’d have liked for you, ya Greedy Guts, pour pints of porter down your throat until it came out every hole in your body, your nostrils, eyes, ears, under your nails, squelching out of your armpits, your eyebrows, fingers, knees, elbows, through the pores in your scalp, until you sweated seven different kinds of stout . . .

—. . . The death you’d deserve would be to keep you alive until you’d witness Kerry beating the crap out of Galway in the All-Ireland in 1941, and to have to listen to “The Rose of Tralee” being played on Cannon’s arse . . .

—. . . The way I’d have you and every other descendant of the Treacherous Dog Eared Crowd, that you’d . . .

—To leave him to me so that I’d stick one of his thatching yokes down his throat, through his windpipe until it’d burst out through his guts . . .

—I’d have no problem lopping his head off with my scythe . . .

—Peter the Publican? Drown him in his watered-down whiskey . . .

The result is a ceaseless and often hilarious torrent of chatter and bickering, overheard in snippets like a stream of Twitter conversations or neighbors in an adjacent apartment, occasionally one-sided like a passerby on a cellphone with bad reception. But when language becomes divorced from its antecedents in reality, as occurs when the infinitude of death overtakes its paltry predecessor, every utterance becomes performative. Saying it makes it so, and stories gradually drift according to the moods and whims of their tellers and listeners. Money owed becomes money loaned; drunks become saints; the illiterate become the cultured; oral history becomes oral fiction. And vice versa.

By allowing his characters to speak only after they have died, Ó Cadhain removes his characters’ need to dissimulate, laying bare aspects of humanity we might wish to forget. They have taken their secrets to the grave, but once there, all bets are off, and former sources of dignity, like nationalism, religion, politics, and culture, are revealed as gnarled limbs extending from petty differences.

Throughout the book, one character goes on about his unpublished poetry to his illiterate neighbor. He is constantly dismissed, however, and refused membership to the cemetery’s Rotary Club, which is devoted to lofty, eternal culture as opposed to fleeting, earthly gossip. But when word arrives that his book of poems will soon be published posthumously, the founder of the club, Nora (Toejam Nora to Caitriona, her sister-in-law), begins to pester him to recite one of his poems. He is too busy, though, hard at work on his next project, adapted from the tales of his gravemate’s grandfather, who could trace his ancestry “all the way back to the moon”:

He spent three hours every night staring up at it, just like our ancestors. When the new moon rose his nostrils developed three different kinds of snot: one golden, one silver, and the good old dependable genuine solid Irish snot . . .

No more of the story is heard — it is drowned out by name-calling and arguments over gravestones — but the beginning reminds me of Aristophanes’s speech from Plato’s Symposium, another text composed of talk. The speech suggests that there were originally three sexes: the men of the sun, the women of the earth, and the androgynous man-women of the moon. Each had two faces, four ears, and so on. But they were too strong. So strong that they threatened the power of the gods, and Zeus was forced to cut them in half, leaving us with the weak, mangled bodies we know now.

Though ostensibly a tale of the origins of love, Aristophanes’s speech makes light of Greek creation myths, and no doubt, Ó Cadhain’s would have gone on to poke fun at Ireland’s own lore. But he might also have taken a swing at Plato’s romantic idea of dialogue itself. There are no philosophers or historians in the dirty dust, only gossips and fabulists. There are plenty of lies, but none of them noble. Language does not illuminate down here, it only obscures, burying the truth deeper and deeper with every word.