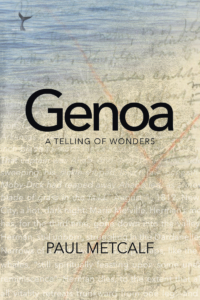 So is every one influenced—the robust, the weak—all constitutions—by the very fibre of their flesh, & chalk of the bones. We are what we were made.

There are monsters everywhere. We see them in myth, in all legends, in our history and our literature; the nightly news reveals them to live next door. Even as I write this news reports are still coming in from Charleston, South Carolina, where a man has just massacred nine people in a church. They are everywhere, these monsters, and not always so grand in their monstrous gestures; for every Charleston or Aurora or Newtown mass shooting, there are many more mundane acts of murder or assault.

Then there are the would-be monsters, those who for lack of opportunity or determination are only able to empathize with or cheer for monstrous acts, the racist who has similarly affixed to one of his jackets the flags of Rhodesia and apartheid-era South Africa, aficionados of kiddy porn and snuff films, or the men American authorities have picked up for their inexplicable attraction to ISIS ideology. It is terrifying to think of how thin the veil of civilization is, how so little separates the monster from his fellow man, and so the very term we use to describe such people derives from a root that denies any relation; monsters are others, aberrations of humanity’s great and good nature. Yet how absurd such a sentiment seems amidst the evidence that has mounted throughout the course of human history — evidence that mounts daily — events augured by Cain’s murder of Abel due to a disagreement over the first fruits of man’s labor. If monsters are so aberrant, why are they everywhere, in every time? Why are they present at the beginning of civilization? Whence this odd inheritance for mankind?

This question is at the center of Paul Metcalf’s novel, Genoa: A Telling of Wonders, which Coffee House Press has reissued to mark the fiftieth anniversary of its original publication. The narrator, one Michael Mills, a doctor who refuses to practice medicine, struggles to understand how his brother came to murder a child, for which crime he was executed. The crime is based on contemporary accounts of the kidnapping and murder of Bobby Greenlease, a six-year-old boy abducted in Kansas City in 1953, shot by his abductor, Carl Austin Hall, after a conversation about pets over ice cream. Hall, the monster, then demanded a record ransom for the safe return of the boy to his family.

The narrator of the novel says, of the purposes of his recollections, that they fulfill two obligations:

Item: a Post-mortem: to understand my brother Carl

Item: for the living, myself and others, to discover what it is to heal, and why, as a doctor, I will not.

The book, then, is in a sense an exorcism, and a play on the proverb “Physician, heal thyself.” Metcalf implies, by employing the rare device of a present tense with purpose, that Mills’s efforts are unending, that the enormity of his brother’s crime cannot be fully understood, and so his abnegation of his duties as a doctor and his rumination on his brother’s murderous act are in a sense a penance for the unforgivable awfulness that exists in all men.

The subtitle, “A Telling of Wonders,” the narrator says, is a translation of the Greek ‘teratologia,’ from which we derive the word “Teratology,” or the science of malformations and monstrosities, and the word “teratoma,” which describes a cyst that consists of the parts of a person — hair, nails, teeth, skin, a tongue — buried in the body of another. The two Mills brothers are each cursed with such wonders — Mike has a clubfoot that was left untreated and Carl suffered from hydrocephalus as a child — and the narrator views these deformities as a physical indication of some blood taint or familial curse, one that grants a grim meaning to their family motto, passed down from their great-grandfather: “The Mind is to the Body as the Whole Man is to the Earth.” Mills detests his clubfoot, and at one point contemplates cutting it off, but then wonders at the effectiveness of what would be ultimately a symbolic act, as if the fused toes and the ankle’s unnatural bend were merely symptoms of some more pernicious, atavistic deformity, and are more representative of the man than his healthier, more normal parts.

All this would make for an interesting novel, one that would seem to share much with the true crime genre, but the book’s value lies not solely in the deft treatment of the theme of monstrosity, but in the way it treats a parallel theme of influence — of genetics, of one’s upbringing, of literature, of experience — which is underscored by the way the book is structured. For while a normal narrative might have been constructed out of this material, Metcalf’s goal is more ambitious, and the narrator intersperses his first-person account of the history of his family and the life and trials of his monstrous brother with excerpts from medical texts, news accounts, details from the biography and travels of Christopher Columbus, and, most importantly, the writings of Herman Melville.

It should be noted that Paul Metcalf was the great-grandson of Melville, and thus wrote from within the depths of one of literature’s longest shadows. And so the inclusion of passages from the whole range of Melville’s works serves dual purposes. For the narrator, Melville’s writing were a source of shared wonder with his brother, and he sees in Melville’s life and dogged pursuit of a literary career in the face of failure a similar form of monomania shared by both Captain Ahab in his quest for the whale and himself in his efforts to understand the murder of a child; for the author, the inclusion points to a kind of parallel exorcism of the specter of Melville as an influence that cannot be ignored.

The text that emerges is in a sense epistolary, and what is produced is the portrait of a mind, complete with source material and bibliography; a catalog of the influence and history that makes up a specific, despairing consciousness that wonders what the point of existence is, and whether by procreation he dooms the next generation just as his was doomed by those that have come before. It is this concern that makes Mills reluctant to be a doctor, as, it seems, there is no way to fulfill the doctor’s primary obligation of doing no harm.

Here is an example of the way the text looks, with all its component parts strung along in a row, as the narrator recalls the way sailors with whom Columbus would have sailed viewed a western voyage with trepidation:

In Lisbon, — rank with bodega, wine in the wood, salt fish, tar, tallow, musk, and cinnamon — the sailors talk

of monsters in the western ocean, of gorgons and demons, succubi and succubae, maleficent spirits and unclean devils, unspeakable things that command the ocean currents—of cuttlefish and sea serpents, of lobsters the tips of whose claws are fathoms asunder, of sirens and bishop-fish, the Margyzr and Marmennil of the north, goblins who visit the ship at night, singe hair, tie knots in ropes, tear sails to shreds—of witches who raise tempests and gigantic waterspouts that suck ships into the sky—of dragon, crocodile, griffin, hippogriff, Cerberus, and Ammit

And the medical book:

“At one time the human sperm cells were regarded as parasites, and under this misapprehension the name spermatozoa, or ‘semen animals,’ was given to them.”

“You must have plenty of sea-room to tell the Truth in; especially when it seems to have an aspect of newness, as America did in 1492, though it was then just as old, and perhaps older than Asia, only those sagacious philosophers, the common sailors, had never seen it before, swearing it was all water and moonshine there.”

This extract is about as good as any short passage to illustrate the way this technique of juxtaposition works, although it cannot illustrate the success this technique enjoys when the extracts are longer. It is unsurprising that the longer the quotation from Melville, the better it is — he is at his best when he has his sea-room and has at hand Vesuvius for an inkstand — but the way that Metcalf incorporates the larger passages and thematically links them with the narrator’s meandering thoughts is remarkable. Early on, contemplating the attic study to which he has fled from his family, Mills recalls passages from Omoo, Redburn, White-Jacket, and a letter in quick succession, reminded of them by his location and his concerns, and concludes with this extended simile from “The Piazza,” which captures the loneliness and terror of his position:

“In summer, too, Canute-like: sitting here, one is often reminded of the sea. For not only do long ground-swells roll the slanting grain, and little wavelets of the grass ripple over up on the low piazza, as their beach, and the blown down of dandelions is wafted like the spray, and the purple of the mountains is just the purple of the billows, and a still August noon broods up on the deep meadows, as a calm upon the Line; but the vastness and the lonesomeness are so oceanic, and the silence and the sameness, too, that the first peep of a strange house, rising beyond the trees, is for all the world like spying, on the Barbary coast, an unknown sail.”

One of the main pleasures of Genoa is the frequent appearance of passages by Melville, which emerge from the rest of the text as majestically as a sperm whale breaches the surface of the waves. The familiarity Metcalf has with Melville’s work offers those readers who have read only a smattering of his stuff a reminder that Melville as a master is present in every line and every image. In this Genoa is not unlike “; or The Whale,” the collection of passages omitted from the 2007 Orion Books publication of Moby-Dick in Half the Time, which was published in The Review of Contemporary Fiction in the summer of 2009. The omitted sections lay bare the absurdity of abridging the book, and the degree to which the unfortunate readers of the abridgement are depriving themselves of the full Melville experience. But the cheeky conceit of “; or The Whale,” that these omissions constitute a work in themselves, points to the unlikely success Genoa achieves; by cobbling together disparate extracts from a variety of sources, Metcalf has recreated that uniquely readerly revelation of finding in unrelated literature of all kinds resonances and echoes that inform one’s lived experience.

As to the question of man’s monstrous inheritance, Metcalf admirably avoids offering up easy answers — the emphasis on literature does not lead the narrator to suggest that we as a species are redeemed in any way by instances of artistic excellence, nor does the narrator offer up literature as some method for finding solace. But the sympathy Mills has for Columbus, despite crimes committed upon the native population of the lands he “discovered”; for Melville, who doomed his family to penury with his will to fame; and, finally, for his murderer brother, points to the way literature can aid an understanding of monsters and their crimes. It is a simple truth, one that is easily forgotten, and one that the family members of those killed in Charleston seemed to acknowledge when they offered the murderer their forgiveness: Buried within every monster is a man.