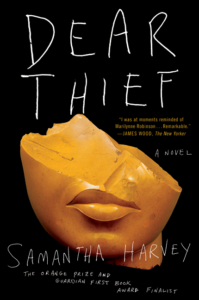 Critics have said that epistolary novels became much less common after their heyday in the 18th century because of the inherent limitations of the form. It may be true that a third person or straightforward first person narrator offers more flexibility for storytelling, but writers continue to find ways to experiment and work creatively in the form. Epistolary novels have popped up regularly since their 18th-century origins, with examples ranging from Dracula to Where’d You Go, Bernadette. Letters offer both an emotional intimacy and an intellectual challenge that can be hard to resist: we are getting a story shaped by a particular character for a particular reader and we have the pleasure of figuring out how and why the letter writer chose to tell her story in the way she did, for her specific audience. The possibility of an unreliable narrator haunts the form: we wonder what motivation prompted the narrator to write, and whether that motivation is shaping the story in powerful ways, conscious or unconscious.

Samantha Harvey’s novel Dear Thief is another offering in the field. In this case, there is one letter writer who is writing to a lost friend named Nina, the “thief” of the title. Nina never receives the letter, as far as we know, and never writes back, and so we are left with only the unnamed narrator’s version of events. This narrator flaunts her unreliability; if there are unconscious biases in the story, there are decidedly conscious ones as well. She tells stories about Nina that she has no way of knowing and then tells us that she made them up. She imagines in great detail as though it were actually true what happened in the years since the two last met. She wonders how she should handle her own lies:

So a dilemma arises: let’s say you lie in a letter, or maybe not even lie as such but just write something that is not completely honest, or omit something that might have been important to add. Do you edit that letter with an infill of truth so that the reader never knew there was a lie, which might mean removing or rewriting a page or two, or even starting again with a new, robustly direct approach? Or do you admit the lie, as I have done, and remove nothing, and be transparent for good or bad?

The narrator’s decision to admit the lie paradoxically shows her desire to write honestly; she wants to be honest to her emotional experience, even if that means admitting to deceitfulness.

Inherent in the epistolary form is a chance to consider the nature of language and textuality itself, to contemplate the relationship between language and reality. Dear Thief is obsessed with these questions. The narrator refers again and again to the circumstances of her writing, to the mood she is in, what she is looking at, where she keeps her paper, how long she has been writing. We are never allowed to forget that the narrator is actively creating, not simply relaying, the story. It’s hard for her to tell where the letter ends and Nina begins; she asks, “How do you tell the difference between a person made of flesh and one made of words?” Since Nina has disappeared, all the narrator has left are words, which are, on the one hand, a sorry substitute for the real person, but on the other hand, a chance to exert power over Nina. She imagines Nina saying to her, “This is tantamount to assault . . . Do you not think that you and your letter have gone a step too far?” This appears to allow Nina the agency of anger but of course there is no agency on Nina’s part, since she has it only because the narrator grants it to her. The narrator answers Nina’s hypothetical question with a defensiveness that is also aggression: “I do not feel bad about inflicting this violence and cruelty on you. If you had not run away I would be able to see you, and would not have to make you up.” Writing is one of the best ways we have to try to understand reality — and this seems to be the entire purpose of the book, to allow the narrator to understand the reality of her life through one long letter — but it obscures reality as much as it reveals it: “This is what writing does to you, it seems, it turns objects that used to be just things in your life into things that must be described, and at the same time makes them feel increasingly indescribable.”

All these questions about the power of writing are a way of getting at the issue of the narrator’s power — or lack of it — over Nina. For Nina has betrayed their friendship in a devastating manner and this letter is a way of coming to terms with that betrayal. Plot is clearly not Harvey’s main interest here, but the plot, such as it is, concerns Nina’s comings and goings and revelations about their history. The two met as teenagers and together weathered the brutal demands for conformity that come with the age. While the narrator went on to meet her husband, Nicolas, and have a son, Teddy, Nina disappeared for the first time, returning unexpectedly while Teddy was a young boy. Nina never explained her disappearance and never explains herself generally: she simply is who she is, and it is up to the narrator to try to understand her. Nina becomes a close part of the narrator’s family until the narrator discovers her betrayal, and she disappears once more, this time permanently. By the time the narrator begins her writing, Teddy is grown up and living far away, and she and Nicolas have separated. It is from this context that she looks back over her life and contemplates Nina’s role in it. But “contemplates” is perhaps too quiet a word: underneath the seemingly calm voice in the letter is rage. She imagines Nina asking, “Why has she put me here? . . . Why has she locked me here in a forest inside a letter?” She recognizes that writing to Nina without letting her respond is a form of silencing her. She wields power over her and does so with pleasure.

The novel’s dominant tone is not one of rage, though; the narrator’s anger intrudes now and then upon what is generally a contemplative voice. In fact, the narrator works hard at achieving equanimity. Buddhist ideas of seeing the world as it is appear regularly as she thinks about her own religious experience and conversations she has had with Nina. The novel opens with a question Nina once asked her that she returns to again and again: “In answer to a question you asked a long time ago, I have, yes, seen through what you called the gauze of this life.” The “gauze of this life” seems to be the biases we bring to it that keep us from seeing reality as it is. The narrator vacillates between acknowledging the ways our perception changes the world and seeking to get beyond individual perception to accept life as it is. We can feel this struggle as she attempts to understand without judgment the reality of who Nina was and, at the same time, acknowledge the anger she feels. In this light, the novel does not merely describe what happened; instead, it’s an attempt to make something happen, to create the equanimity the narrator seeks but struggles to find.

The letter performs a kind of work, the work of struggling with emotion. This performance is a characteristic of epistolary novels generally: they clearly and self-consciously exist in order to make a specific mark upon the world. Even as the narrator seeks and fails to find Nina, and possibly even fails to understand who Nina really is, the letter becomes an act of revenge, and also an attempt at survival, an attempt to put a difficult relationship behind her. The extent to which the narrator succeeds is up to the reader to decide. The interest of this novel lies in the struggle itself.