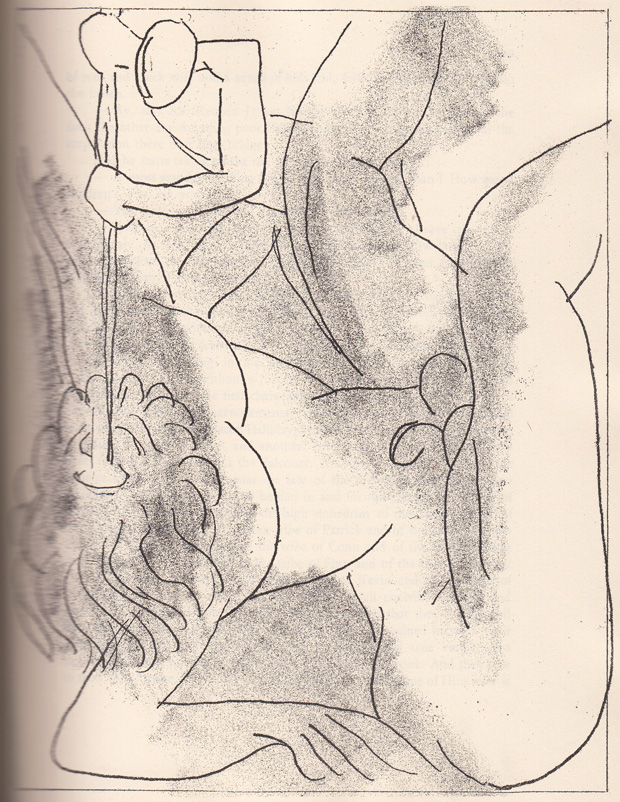 In 1921, Jacques Benoist-Méchin, a young French writer who had befriended James Joyce and was in the midst of translating portions of Ulysses, asked to see the master’s schema for his magnum opus. Joyce refused to share his plans with the young acolyte, offering instead a justification which became, in time, a sort of self-fulfilling prophecy:

If I gave it all up immediately, I’d lose my immortality. I’ve put in so many enigmas and puzzles that it will keep the professors busy for centuries arguing over what I meant, and that’s the only way of insuring one’s immortality.

Even if one can sense the wry smile behind the remark, the literary ambition on display in Ulysses remains beyond question. If Joyce wrote for his own age (to forge what he famously called “the uncreated conscience” of his people and his time), the ideas and aspirations found in his work could not be confined to a particular historical moment. Joyce undoubtedly wrote for posterity; and with Ulysses specifically he wrote for what we might call the Platonic ideal of the literate future: the Eternal Reader.

Though we haven’t quite reached that paradigm in 2014, the ways in which we interact with the monolithic texts of our literary heritage have been complicated by the new technological means with which we distribute and consume them. To wit: Ulysses Reader, a Twitter account I’ve been following with interest for some time. Ulysses Reader, run by Finnish programmer and Joyce enthusiast Timo Koola, provides a seemingly simple service: tweeting the entirety of Joyce’s masterwork, from Telemachus to Penelope, 140 characters at a time, at a rate of one tweet every ten minutes. The automated account has over 92,000 tweets, having completed a circuit of Ulysses six times and counting. It will presumably continue its Joycean journey indefinitely in a state of unchecked inertia unless the Twitter platform dies or Koola pulls the plug on the account. If this is literature in a vacuum, it is also the genesis of literary automation — the integration of synchronized aesthetic pleasures with patently extra-literary activity. Given this new model of apprehension and experience, wherein traditional understandings of textual interaction are stretched and challenged, “what are you reading right now” becomes something of a loaded question. To what extent am I reading Ulysses by following Ulysses Reader? What does “reading” even mean at this point, given our near-constant engagement with text?

To begin with, allow me to state the obvious: reading Ulysses as a novel, in a state of quiet concentration, is a vastly different experience than reading Ulysses as a series of sequential bits fighting for purchase in your feed. The project of Ulysses Reader, therefore, seems most interesting to me as both a notion of iteration and a method of meditation. When Christians say they are “reading the Bible”, it is often merely a passage, a sentence or two of text with which they are generally already deeply familiar. The text becomes more meaningful because it is a known quantity — in the exemplar passage, something of the whole is teased out and a new kind of contextual understanding can be gleaned. Similarly, for many of us godless literary heathens, Ulysses is more holy text than novel: wiser and more beautiful than the Bible, something rich and coarse and endlessly giving. In the cluttered distraction of my feed — dense with think-pieces, cryptic aphorisms, and parody headlines — the voice of Ulysses Reader comes across as familiar, grounding, and profoundly meditative. Stumbling upon one of my favorite lines (“The heaventree of stars hung with humid nightblue fruit”) — or even the many obscure passages I do not recall (“His oyster eyes staring at the postcard. Be a feast for the gods.”) — has the effect of a miniature epiphany, a descending stillness in which something is grasped or recovered. In this way, Ulysses Reader, with its spectral brogue, its ghostly return of post and tavern, has become a synecdoche for a grander remembered experience — that is, the magic of reading (and rereading) Ulysses.

I believe it is also worth pointing out that (for some sections of the novel especially), a tweet feels like (and, tripping off the tongue, even sounds like) the ideal delivery mechanism for a fractured stream-of-consciousness monologue, an art Joyce didn’t invent but certainly cemented and codified as a literary technique of incredible aesthetic potential. Ulysses is, in some sense, about the fragmentation of thought and culture in the modern world — a panoramic snapshot of human minds in 1904. That Twitter’s means of communication unwittingly mirror the capricious, chaotic flight of consciousness seems to me less ironic happenstance than ode to Joycean language — but the effect is uncanny, manifesting itself as a repeated stabbing of mysterious recognition. When Ulysses Reader gets to the juicy Bloom sections (Calypso, Lotus Eaters, Lestrygonians being personal favorites), the dispatches from Poldy’s lively, funny mind crackle across my feed as if in their natural element:

Flapdoodle to feed fools on.

Doubled up inside her trying to butt its way out blindly, groping for the way out. Kill me that would.

Let her speak. Look straight in her eyes. I believe you. Trust me.

It’s always flowing in a stream, never the same, which in the stream of life we trace. Because life is a stream.

There is, too, the idea that we’re already always reading Ulysses, whether we realize it or not. As the High Modernist text par excellence, it is as inescapable to the western literary mind as Shakespeare, Whitman, Cervantes, or Twain, a permanent haunting. One must react to Joyce: be it Beckett’s turning away toward formal austerity or the postmodernists’ parodic escapades, engaging with Joyce leaves scars and forces a response. Reading Ulysses is far from a passive experience; it is almost akin to a conflict, or (in the end) an act of submission. I believe Ulysses Reader can be seen as a kind of digital-material manifestation of this phenomenon, an acknowledgement of Joycean influence broken down into a manageable portion size. Following Ulysses Reader keeps Joyce close enough, but also breaks us from the thrall of the complete text. It is worshipful and celebratory, but not egregiously so. If Ulysses is a mountain, Ulysses Reader provides 140-character footholds up its sheer face — so we can both enjoy the view and see (or at least imagine) what might be on the other side.

Theorizing on the echoes and implications of Ulysses Reader vis-à-vis the Ulysses text is simply another way of acknowledging the evergreen nature of Joyce’s work, the daily delivery of which is the true joy of Ulysses Reader’s project. A century later, it still keeps the professors busy, outpacing theses and, so it would seem, even the technology of its distribution. What am I reading? Ulysses, always Ulysses. In Koola’s project, it approaches a technological immortality: call it the ineluctable modality of the tweetable.