7 Books That Teach Us Something (as Described on the SAT)

Last year, over 1.6 million students took the SAT, hoping to do well enough on this one test to secure their places in their colleges of choice and rub it in the face of that jerk who thinks he’s so damn smart because he aces every test even though he never takes any notes. The first obstacle between those students and another four years of overachievement, however, was the essay section, in which test takers are given 25 minutes to conceive, outline, and write a response to a question like “do the ends usually justify the means?” or “do we have a moral obligation to help the less fortunate?” To support their positions, test takers must call upon their years of schooling to select the best examples from history, current events, and of course, literature. Below are seven of our favorite books that students thought could teach us valuable lessons.

1. The Crucible by Nathaniel Hawthorne 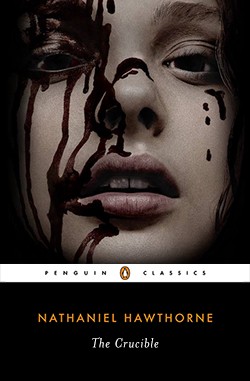 In The Crucible, written by Nathaniel Hawthorne and set in the 1500s, a teenage girl named Carrie is arrested for having a child with a preacher named John Proctor. The preacher is married, so Carrie is found guilty of adultery. At the end of the story, the town dumps pig blood on her as punishment, not knowing that she is a witch. Carrie, who is soaking in blood, uses her powers to lock the doors of the courthouse, set the building on fire, and kill everyone inside. In conclusion, you should not judge people before you get to know them.

2. Catcher and the Rye by D.J. Salinger

D.J. Salinger’s classic novel Catcher and the Rye is about a young man named Catcher Holyfield who has trouble in school, probably because he has ADHD, which is not an excuse. All Catcher has to do is remember to take his pill every morning, not drink too many energy drinks, and remind himself of his goals whenever he starts to doubt himself. His parents just want the best for him, and they have invested a lot in him, so he owes it to them to try his hardest. School may be difficult sometimes, but if he can just get through these last two years of high school, four years of college, and only three years of law school, he’ll be ready to settle down and have kids of his own. Catcher and the Rye is a perfect example of the reason why education is such a necessary requirement for anyone to succeed in their life, no matter what. 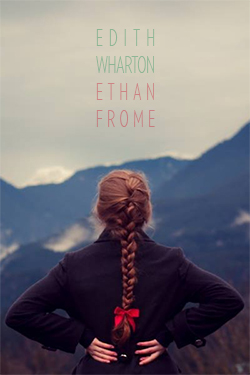 Edith Wharton, by Ethan Frome, is about a woman named Edith who cheats on her paralyzed husband, Steve, with their butler, Matt. One night, Edith and Matt decide to run away together in Steve’s car. When they are driving, though, the roads are icy, and they wreck into a tree and die. The reason why is because people get what they deserve in life.

4. Land of the Flies

Land of the Flies is the story of a group of boys that gets stranded on a fly-infested dessert island. In the beginning, the boys are chaotically disordered like the flies; however, after one of them, named Fatty, is killed by a gargantuan wild pig, the remaining boys unionize to hunt it down. Though Fatty is deceased, the boys are able to utilize his spectacles to ignite a fire and cook the pig. The conflamation is so illuminous that a passing ship observes it and rescues them. Therefore, it is verifiably true that we can accomplish more by working collaboratively than we can by working solitarily.

5. The Horse That Went Away to the Other Side by Dick Francis 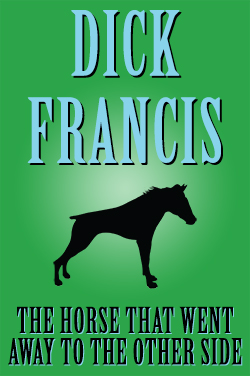 Dick Francis’s latest novel, The Horse That Went Away to the Other Side, is about a man whose horse strays onto his neighbor’s property. The two neighbors hate each other, and when the man goes to retrieve his dog, the neighbor refuses to give it back. During the story’s violent climax, the man tries to shoot his neighbor, but he misses and accidentally kills the dog, proving that “good fences make good neighbors.”

Atlas Shrug is about a straight-A student named Atlas who runs cross country and is vice president of the National Honor Society. Despite all of Atlas’s hard work, his father gets fired, and the family sells Atlas’s new Audi A3, which he earned by getting good grades, without his permission. After Atlas graduates from high school, he goes to an expensive faraway college like Harvard or Stanford, even if he has to take out student loans. Then, when winter break comes, he spends the holidays with his new friends instead of driving home, which he can’t do. Atlas shows his parents that “you don’t know what you’ve got till it’s gone.” 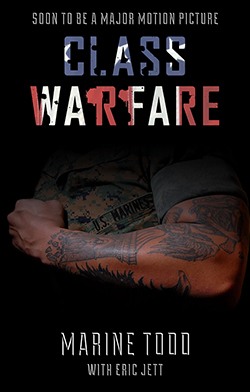 Class Warfare is the autobiography of Todd, a marine who returns from a lengthy tour in Iraq only to find that his country has been attacked from within. Gun control, constant surveillance, and liberal indoctrination have reduced the land of the free to a godless, propaganda-filled police state. Todd tries to go to college, but he is soon expelled after confronting an atheistic professor who insults Todd’s faith. He then attempts to find employment, but all of the job creators have been forced out of the country by excessive taxes. Nobody but Todd seems to mind these changes, though, as everyone now has free housing, food, and cell phones, leaving the citizens of the greatest nation on Earth to grow fatter and lazier with each passing day. Todd begins to suspect, however, that something even more sinister is afoot. Where are the odd-tasting rations coming from if nobody is working to produce them? To find answers, Todd tracks down the rest of his unit from Iraq and sets his sights on Washington, DC. After punching their way through the president’s legion of professors, scientists, and ACLU lawyers, Todd and his brothers-in-arms finally find the leader of the free world facing Mecca in the White House interfaith gathering room. Todd waterboards the professor-in-chief until he weeps like a baby and reveals that the job creators didn’t really leave for the Caribbean. They were rounded up and put into a camp, where they await slaughter to be fed to the indolent masses. After punching the president one last time, leaving him with PTSD, Todd races to the camp, where he subdues the amnestied Mexican guards just in time to snatch a wealthy baby from the mouth of the red-hot oven. Todd rips off his American flag wife-beater and swaddles the naked babe, singing “The Star-Spangled Banner” as it drifts off into sleep, heir apparent to the American Dream. The remaining job creators return to their businesses and begin reincintivizing labor while Todd converts the slaughterhouse into a gun factory to rearm the citizenry. Marine Todd shows us all that the strong have a duty to protect the weak.