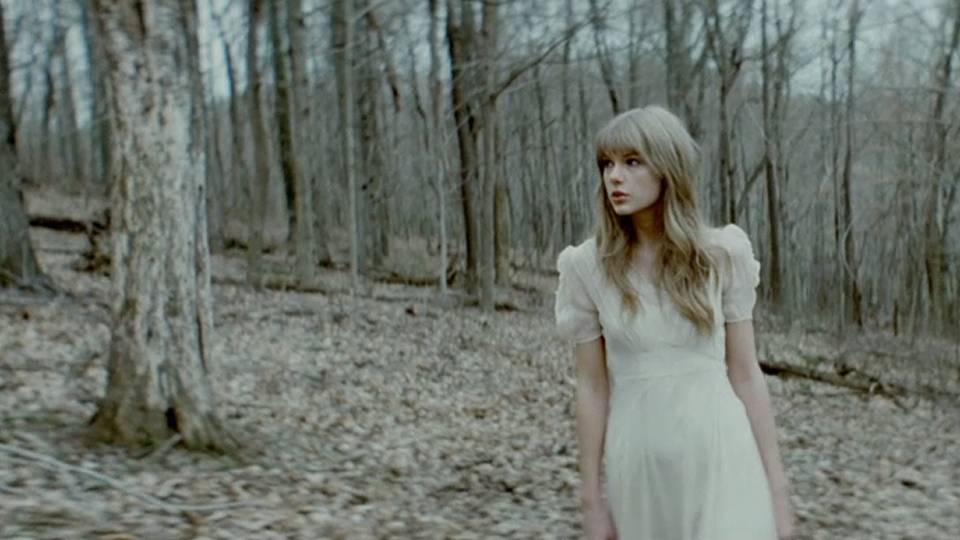 Leading thinkers in queer and affect theory, Lee Edelman and Lauren Berlant, recently published a book together called Sex, or the Unbearable, formatted, unconventionally, as a sometimes contentious conversation between the two scholars. As they were trying to address what happens to an individual subject set in relation to another, the form of the book also served the purpose of deepening their inquiry.

As I was reading this treatise on love, sex, intersubjectivity, and the attachments, fantasies, and inevitable disappointments embedded therein, an unexpected voice reverberated with the words on the page: Taylor Swift, our great poetess of love-in-potential.

I thought, these people should all have a chat. What follows can be considered a panel discussion that builds off of Edelman’s and Berlant’s dialogue, with the additional voices of Taylor Swift, as well as Lydia Davis, whose story “Break it Down” is discussed in detail by Edelman and Berlant, and author Chris Kraus, whose writing is also very much wrapped up in the issues Edelman and Berlant address.

Taylor Swift: I’ve been spending the last eight months thinking all love ever does is break and burn and end, but on a Wednesday, in a café, I watched it begin again.

Lydia Davis: I guess you get to a point where you look at that pain as if it were there in front of you three feet away lying in a box, an open box, in a window somewhere. It’s hard and cold, like a bar of metal. You just look at it there and say, All right, I’ll take it, I’ll buy it. That’s what it is. Because you know all about it before you even go into this thing. You know the pain is part of the whole thing. And it isn’t that you can say afterwards the pleasure was greater than the pain and that’s why you would do it again. That has nothing to do with it. You can’t measure it, because the pain comes after and it lasts longer. So the question really is, Why doesn’t that pain make you say, I won’t do it again? When the pain is so bad that you have to say that, but you don’t.

Lauren Berlant: But as any genre brings with it metal bars, or dramas of desire, risk, and potential failure, the attachment to attaching is also an investment in other things that incite not control but a kind of cruising, a seeking to see what happens in relation without caring much to know what precisely the object is or who one is in relation to it.

Taylor Swift: This is me praying that this was the very first page, not where the story line ends. My thoughts will echo your name, until I see you again. These are the words I held back, as I was leaving too soon, I was enchanted to meet you.

Lauren Berlant: A relation of cruel optimism exists when something you desire is actually an obstacle to your flourishing. . . . All attachment is optimistic, if we describe optimism as the force that moves you out of yourself and into the world in order to bring closer the satisfying something that you cannot generate on your own but sense in the wake of a person, a way of life, an object, project, concept, or scene.

Lee Edelman: This orientation toward a future, toward something always yet to come, conceived as bestowing a value on life by way of the future anterior, by way of the life one will have lived, conceived, moreover, as justifying this refusal to live it while one could: this is what I call optimism, a condition so wide in its reach that it shapes our experience into narratives touched with the gloss we might think of as finish, in more than one sense of that term.

Lee Edelman and Lauren Berlant: Sex, as a locus for optimism, is a site at which the promise of overcoming division and antagonism is frequently played out. But the consequences of such efforts to resolve our social and psychic contradictions can include the establishment of sexual norms and the circumscription of sex for socially legitimated ends.

Taylor Swift: He said, “Marry me Juliet. You’ll never have to be alone. I love you and that’s all I really know. I talked to your dad, go pick out a white dress. It’s a love story baby just say . . . yes.”

Lauren Berlant: Everything moves, as there is no center structuring life as an unbroken event. This helps me see why [Lydia] Davis opens up not the futurity of the will-have-been that you associate with narrative, but the sense that to call something narrative rather than scenic is itself to enact a fantasy that there is something beyond the ongoing, with all the anachronistic force it bears.

Chris Kraus: Tenses situate events relative to their closeness or their distance from the speaker. Rules of grammar give the empty space of human speech some shape. The simple past: We left. In more complex tenses, “have” and “had,” the helping verbs, help to separate the speaker from the immediacy of events. We had left. Had forms a little step between what happened and the moment when you’re telling it.

There is a tense of longing and regret, in which every step you take becomes delayed, revised, held back a little bit. The past and future are hypothesized, an ideal world existing in the shadow of an if. It would have been.

Taylor Swift: Maybe this is wishful thinking, probably mindless dreaming, but if we loved again, I swear I’d love you right.

Chris Kraus: If he had been anything but what he was, they would have been rich enough to have a child, or poor enough to breed instinctively.

Lee Edelman: To break it down, where the subject is concerned, doesn’t free it from determination by structure, repair its incoherence, or liberate it from fantasy. “Break It Down” remains an imperative: an imperative we can neither refuse to obey nor once and for all fulfill. But that imperative alone makes it possible, at the cost of encountering pain’s metal bar, to have moments when living is neither survival nor merely postponement of death.

Taylor Swift: I should have known, I should have known that I’m not a princess, this ain’t a fairy tale. I’m not the one you’ll sweep off her feet, lead her up the stairwell. This ain’t Hollywood, this is a small town. I was a dreamer before you went and let me down.

Lauren Berlant: I am committed to the political project of imagining how to detach from lives that don’t work and from worlds that negate the subjects that produce them; and I aim, along with many antinormative activists, to expand the field of affective potentialities, latent and explicit fantasies, and infrastructures for how to live beyond survival, toward flourishing not later but in the ongoing now.

Taylor Swift: This hope is treacherous, this daydream’s dangerous. I like it.

“Break it Down,” by Lydia Davis, reprinted and discussed in Sex or the Unbearable

Sex, or the Unbearable, by Lee Edelman and Lauren Berlant

“Everything has Changed,” by Taylor Swift

“Back to December,” by Taylor Swift