A Modest Proposal For The Precariat Class: Dalkey Archive and Intern Nation 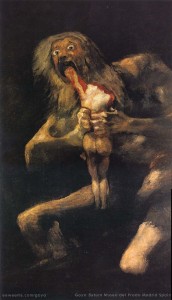 As someone who delights in the minutia of literary culture, I have been following the controversy surrounding Dalkey Archive Press and the bizarre job requisition posted to their website last month quite intently. And let me just say, my delight has begun to feel morbid.

A quick recap: in a search for new interns, Dalkey Archive Press, a nonprofit book publisher currently based out of Illinois, made public a job posting that included outlandishly brutish requirements of unpaid interns-to-be, such as a stipulation that they “not have any other commitments (personal or professional) that will interfere with their work at the Press (family obligations, writing, involvement with other organizations, degrees to be finished, holidays to be taken, weddings to attend in Rio, etc.” (The posting, no longer viewable on the Press’s website, was republished here by The Stranger.) The backlash was swift and damning. In a statement made to The Irish Times, John O’Brien, founder of Dalkey Archive Press, defended the job requisition as “a modest proposal,” in reference to Jonathan Swift’s infamous satirical essay.

Not everyone accepts O’Brien’s explanation, and with good reason. To address the O’Brien’s questionable defense, I would like to invoke Poe’s Law: in the absence of clear indicators, satire can be exceedingly difficult to distinguish from the real McCoy. While I don’t really have to afford O’Brien the benefit of any great doubt to grant that the ad was intended to be satirical, I nonetheless find it difficult to differentiate satire from sincerity on a line-item basis. I suspect O’Brien himself would have a hard go of drawing such distinctions. I suspect a good deal of overlap between the sincere and the jesting. Or, as my partner put it the other day: “John O’Brien appears to be an exploitative domineering boss posing as an exploitative domineering boss.”

The thing about “A Modest Proposal” is that it was not, in fact, a proposal at all. Fact: Swift never intended for anyone to stew, roast, bake, or boil a single Irish child. The job posting in question, however, was still — wait for it! — an actual job posting. In his statement to The Irish Times, O’Brien himself admits that the advertisement was both “serious and not-serious at one and the same time.” So whether or not the tone of the advertisement was tongue-in-cheek is, ultimately, incidental to the fact that the content was more or less sincere. With that in mind, the posting’s “satire” begins to look sardonic, and, given the very harsh realities faced by interns that there is neither time nor space to expound upon here, O’Brien must excuse our stoicism: the butt of the joke is rarely wont to laugh along.

My intent is not to malign O’Brien or Dalkey Archive Press, which has a strong track record of discovering new writers,preventing literary classics from falling out of print, and otherwise championing literature in all the valiant ways that independent literary presses valiantly champion literature. (I am particularly enamored of the press’ special focus on forgotten, overlooked, and challenging experimental literature, practice of keeping all five-hundred-plus titles in their massive back catalogue in continuous print, and, in general, mission of making a business of publishing books the for-profit publishing industry deems unprofitable.)

Indie and nonprofit presses are labors of love, and while O’Brien certainly acted tactlessly and may or may not be an exploitative domineering boss (and I have no objection to the lampooning of any of that), it feels disingenuous to portray O’Brien or Dalkey Archive Press as engines of capitalist exploitation. Anyone who has ever staffed — or, for that matter, published in or otherwise contributed to — a literary publication knows that remuneration is generally not expected. (Full disclosure: I am writing this blog pro bono!)

In fact, my original aim was simply to call for Dalkey Archive Press to retract the advertisement: which they did well before this piece went to press, about a week or two after the job requisition first went up. I had also hoped that O’Brien would issue an apology for being so gauche, which he has (sort of) done in a new statement to The Spectator. I, for one, would have been willing to forgiven him the gaffe of tone-deafness.

And yet, skimming the various bits of press coverage of the incident, especially the heated debates in the comments sections, reveals that discussions between interested parties concern not etiquette or clarity but the very real and concerning nature of the publishing, media, and other creative industries’ reliance upon unpaid interns.

With regard to the treatment of interns, O’Brien’s most recent statement smacks of entrenchment. He admits to being clumsy in the ad, but then goes on to defend not just the chosen rhetoric of the job posting — the thin veil of “satire” now cast by the wayside — but the odious perception of interns as necessary burdens borne by more experienced staff. Promoting disparaging stereotypes, O’Brien implied there is a strong case for not paying interns that goes beyond the harsh economic realities facing nonprofit presses, that interns come to the Press with no useful skills and take three full years to develop necessary abilities, and other such nonsense. O’Brien’s comments provide further proof that the job posting was far more serious than not and – while certainly clumsy and lacking tact – was undoubtedly engineered to convey the low status of Press interns to potential candidates. This purported clarification, like the job posting itself, gives at least — at least — the impression of disdain.

The clarification does what a clarification is supposed to do though, and all of this is now laid out for us in transparent and unencumbered form, making clear all the ways in which O’Brien misprizes his interns and would-be interns, or rather, his would-have-been interns. Dalkey Archive Press, in an act that feels a little like ex post facto justification and a little like misguided reprisal, has suspended the intern program, perhaps permanently, which is really just a lose-lose shame.