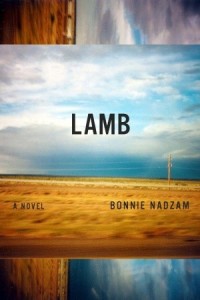 David Lamb is not your average kidnapper.

For one thing, he’s convinced that he’s doing his victim a favor. When the skinny kid in a homemade tube top asks him for a smoke, Lamb (as he’s called throughout the book) sees her friends smirking, not far behind her. He tells the 11-year-old they’re laughing at her and urges her to scare them with him. Grabbing her arm, he ignores her frightened protests and drags her into his car. As they drive off, he channels his excitement into righteousness:

He scolded her the whole way, playing it angry. His hands were shaking on the wheel. The backs of his thighs wet. He yelled at her like he thought a father would have done. ‘I could be taking you somewhere to kill you. You know that?’

As he drops Tommie off at home, the middle-aged Lamb predicts her friends won’t tell anyone about her disappearance. This prescient statement drives the first wedge between Tommie and her former reality. Over the next few weeks, Lamb systematically takes over her life and affection: he picks her up from her bus stop and takes her out first for breakfast, then for whole days, reasoning: “He could show her something else, just briefly, just for a page of her life. She was close enough to warn.” As they drive around and eat, he keeps up a warm patter of words, telling her all the delicious foods he’ll buy her, all the places he’ll take her.

The situation culminates when Lamb decides to drive Tommie from Chicago to the Rockies to show her his cabin. Along the way, his words become more urgent and creepy: “You’re my twin. Your heart is hewn to mine. Isn’t it. Don’t you see?” At their destination, others begin to edge in on their strange, intimate relationship—an elderly neighbor at the cabin, then Lamb’s lover, whom he’s invited for unknown reasons. It’s almost as if Lamb wants to be caught, though he reveals nothing but flat confidence as the trip stretches into days, weeks, a month—and it becomes unclear if Tommie will ever see home again.

The reasons behind Lamb’s wild delusions are never quite explained. Sure, his grouchy father has just died and his marriage is on the rocks due to his affair, but neither seem to greatly affect him or his charitable view of himself: “his expensive suit, the Ford Explorer, the leather seats, his clean haircut, his smooth face, everything clean, everything expensive, everything easy.” His verbal flights of fancy (“See if you don’t catch a glimpse of furry cows peering back at you through the trees, their beautiful velvet ears stapled with plastic tags, thick straight hair hanging down around their faces”), meant to evoke his sensitive, unbalanced inner self, are difficult to imagine as his own.

Tommie is similarly mysterious. The few passages describing her family life seem to have been conjured by Lamb, but even they don’t denote anything terribly noteworthy: Tommie’s mother, while exhausted from her day job, is still affectionate. Her stepfather takes her out swimming. While Tommie initially shows a “fire” that attracts Lamb, it quickly dies. Her normal attitude is a shy acquiescence. Even Lamb’s term of endearment, pigface (which any young girl would undoubtedly abhor), doesn’t bother her.

The story is surprisingly slow, made up mostly of dialogue between Lamb and Tommie. His incessant attempts to brainwash her, while initially fascinating, become repetitive. The most interesting parts of the book are those in which Lamb goes beyond his usual manipulations to challenge reality itself. After telling Tommie a bedtime story at a hotel, he forces her to get up, insisting she fell asleep and that a whole night has passed. More off-putting is his deepening sexual predation—a kiss on the forehead turns into a peck on the mouth—and the disturbing need to see where it ends.

First-time novelist Bonnie Nadzam is a confident and gifted writer, and her sentences ring with simple clarity. She should be lauded for tackling not only a difficult subject, but one that’s been covered pretty much to perfection by Nabokov. But while Lolita’s Humbert Humbert is a complex and twisted subject—moaning and explaining and joking and self-reflecting—Lamb is inscrutable and grimly determined. A sacrificial namesake might have been more empathetic and intriguing to follow, but a simple wolf in sheep’s clothing stalls at unsettling.

Diary of the Fall – Michel Laub