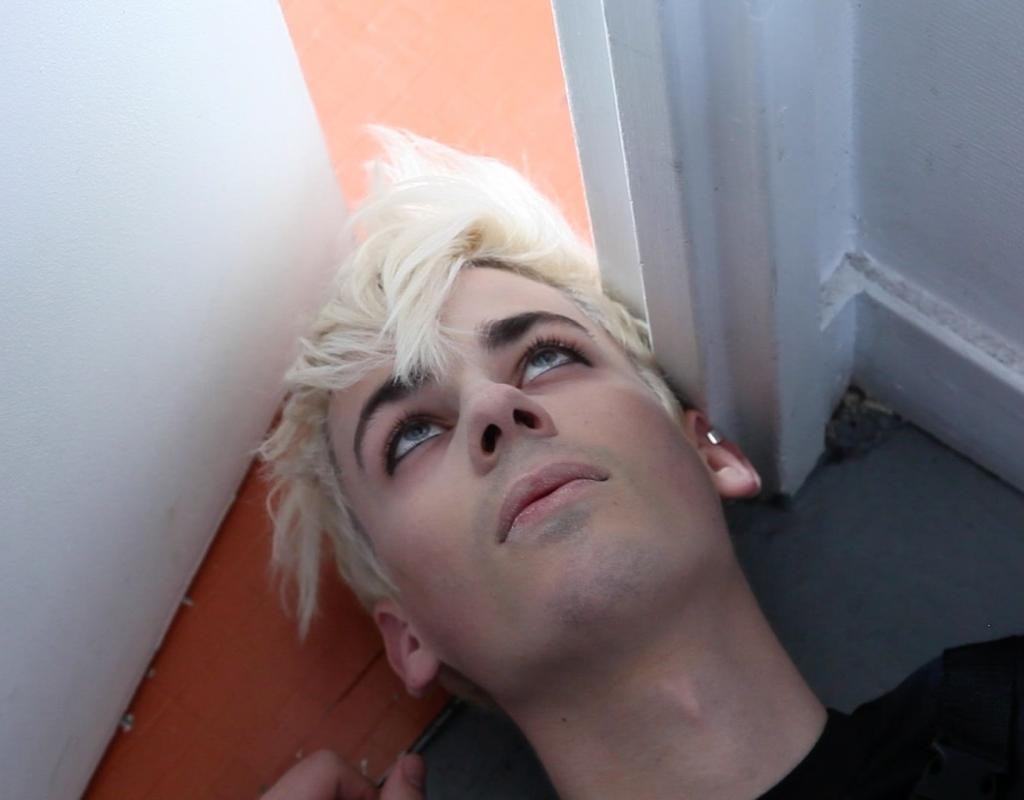 The prolific poet, novelist, performance artist and essayist Dennis Cooper has said that the idea for his new film project, a collaboration with the French-American artist Zac Farley (no relation), began years ago as an idea for a new kind of porn movie. The final product could conceivably be called this. Cooper has also said that writing Like Cattle Towards Glow’s script was truly a team effort with Farley, though the film deals with the older writer’s primary artistic concern: representing the shapes of power that come into play at the precipice between sex and death, which in the film’s world is a void both deep and thin.

Structurally porn-like, LCTG is composed of five decontextualized scenes in which the viewer is confronted with the un-porn-like question of whether anything ever really changes. That said, I don’t think it will really change anything to tell you what the scenes are.

Watching the film is akin to experiencing the surreal as it exists in real life, like a hollowed out version of real life. The images, courtesy of cinematographer Michael Salerno, are both digitally stark and cheap but emotive, sometimes beautiful. The use of Sandy hook shooter Adam Lanza’s portrait above the death-fetish bed in the first scene is perhaps a bit much, though according to Cooper at the film’s Montreal premier, the photograph was a gift from John Waters. Music serves LCTG, as in the nightclub scene where the traumatized performance artist is shouting against this kind of dance-able noise music this guy with a laptop is making, though the silences are most interesting, often awkward and always infused by specific pain.

Male or female is beside the point. As in most of Cooper’s fiction and poetry, character and plot are beside the point. It’s bodies that are used to complicated effect. Subtle movements reveal wide power plays. This is what the movie is arguably best at. In the first scene, when the prostitute, slouching toward the fetal position and tearing up, mumbles that he needs the money when asked why he is faking being dead. Later, the john, splayed godlike and pantless above the camera, tells the prostitute, “Even if you only did it for the money, thank you.”

These are bodies at the moment of encounter with crisis, and there is a kind of saintliness to their response. Even to death and in their assholes. That this humanistic tension is so palpable owes to the strong structural constraints placed upon the bodies, despite, and in interesting contradiction with, the film’s apparent resistance to linearity. It lends to these vignettes an impression that the confusion of these bodies is our own. When the junkie kid fists the kid who says he’s going to die anyway, the viewer gets the impression that both are submitting to some other fist that’s huge and abstract.

To the extent that there are protagonists contained in these bodies, they are wounded by objectification. They’re bored by it, they’re sick of it, of even their own desire. With living. And yet, by some mystery called glow, they’re drawn to it for reasons that no one in the world seems clinically qualified to articulate.

The film’s violence is the genuinely spiritual kind. A loud expression of the alienation that hums constantly in the elevator music to modern life.