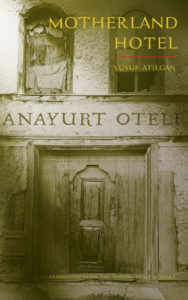 Go to Istanbul. Take the metro to the Topkapi-Ulubatli stop. Walk Northwest down Adnan Menderes Blvd, which once was the path of the Lycus River. The city walls are close. When you reach them, exit left off of the road. There are fewer tourists to the left. Now climb over the walls. Don’t be afraid. They aren’t difficult to scale and you won’t be the first to breach them. Or the last. If you hesitate, people sitting in the park just outside of the walls will encourage you to jump over.

And then you’ll be, not over them, but inside of them. Because there actually isn’t a single wall, but a series of walls, a staggered and crumbling line of ancient fortifications that simultaneously retain the grandeur of their original engineering and the huzun of a history of failure. The walls, built by Constantine the Great, worked until they didn’t. They kept out the Bulgars, Avars, Rus’, and Arabs. They stood for roughly a thousand years. And then in 1453 the Ottomans breached them after a six week siege.

Turkey’s physical landscape is a palimpsest of invasion, triumph, and decay. Being inside of these beautifully failed walls is like being at the epicenter of that. Huzun, a Turkish word with Arabic roots that English has yet to colonize, is an attribute of this history. Its emotional complexity gets muted in the translation, but it means something like: the sweet spiritual melancholy that comes from being caught in this temporality. Suffering through grandeur. Exalting in decay. But all at once. And never getting enough of each. Never quite reaching glory. Never quite fully extinguishing.

Motherland Hotel by deceased Turkish novelist Yusuf Atilgan is not about huzun. It’s an artifact of huzun. It’s a testament to the failure of “Western ideas” to magically present an escape hatch to the tumult of history. The prison of history — is shrinking the confines down to the individual self a form of escape? It’s just a smaller cell. Motherland Hotel gives us European Liberal Individualism as another failed fortification against — what? Our vocabulary is too anemic to even utter the name of the enemy.

Motherland Hotel doesn’t take place in Istanbul. It’s a small town novel. Orhan Pamuk said, “I love Yusuf Atilgan; he manages to remain local although he benefits from Faulkner’s works and the Western traditions.” Wyndham Lewis called Faulkner a “moralist with a corn-cobb.” Atilgan has the same strengths and weaknesses as Faulkner. His writing, beautifully translated from the Turkish by Fred Stark, seems like second-hand innovation. He tries on modern styles to see how they fit, he masters contemporary idiom, and he seems to draw too heavily (or too obviously) from the modes of European predecessors. But if genius consists in making a strength of weakness (and I think, in large part, it does), then Atilgan is a genius of the first rate. In the same way that Faulkner’s genius lay in transposing phantasmagoric French symbolism to the rural American South, Atilgan’s mastery of au currant (late middle twentieth century, in this case) cosmopolitan fiction techniques, in the context of small(ish) town Turkish life, draws new meanings and greater moral significance from modern European fiction techniques.

I don’t speak Turkish. I’ve spent time in the country, but I’ve never lived there. I’m probably slightly more informed about Turkey than the average American. What that means in reading Motherland Hotel is that I creatively misread it. Atilgan’s broad strokes stand out to me more while much of the political subtext is lost on me. The plot of the novel itself is pretty simple. Zebercet (the name insinuates something, or is some sort of reference, that I don’t quite understand) is the last living member of an Ottoman family that was prosperous in the past. He was bequeathed a hotel by his father. He’s introverted but lonely. His life is composed of tedious and mundane routine. He regularly has sex with his peasant cleaning woman. He’s not particularly interesting or interested in much around him.

That changes when a mysterious woman stays at his hotel one day, promises to return the following week, forgets her towel in her room, and then never returns. Zebercet spirals into an obsessive and delirious anticipation. When she fails to return, week after week, he loses touch with reality, indulges in odd and violent fantasies, isolates himself even more, and eventually hangs himself. Motherland Hotel is a claustrophobic, psychological hot house. It’s a short novel, less than 150 pages, but in the same way that in quantum physics entire dimensions could be contained in the folds of subatomic particles, the tautness of the novel efficiently contains the space of Zebercet’s world.

Integral to the process of containing so much literary space so efficiently is demarcating the parameters of Zebercet’s world in matter of fact lists of verbs and nouns:

He hung the keys up. The numbers were etched into the metal. He ate without appetite, went to the pantry to wash his hands and lips, came back. Lit a cigarette, coughed. The charwoman was coming for the tray. Her own meals were taken upstairs in the kitchen. Stubbing out his cigarette he heard the 1:10 train pull in. Outdoors the woman took yesterday’s wash off the line and carried it to the pantry. When she started ironing it was past one thirty. No one was coming, he got up. At the door of the room he stopped.

That might superficially resemble Hemingway’s taut listicles, catechisms for his cult of practicality, but they serve different and almost opposite functions. Hemingway burns things down to what he perceives as their essence in a bid to reduce the world to fit his Stoic moral vision. Atilgan is winding a coil, building tension through repetition. Hemingway insinuates a cluttered world beyond his prose. Atilgan is showing us that the world is *only* clutter. Hemingway is trying to stop time, to savor it. Atilgan is making a banal prison out of time, the bars of our jail being the inescapable deluge of banality that confront us second by second.

And then there’s the use of The Double. With roots shooting deep into the history of European Romanticism, the idea of the Doppelganger is conventionally shorthand for the unknowable, irrational aspect of Self. The dialogic self. The part of yourself that, not only are you unable to reconcile with, you can’t fully accept as an aspect of your identity at all. Typically, this refusal only makes The Double stronger. Zebercet meets his own double in the character of the RO, the “retired officer,” who he believes to be staying at his hotel in order to see the mysterious woman that Zebercet is obsessing over himself. Besides the fact that memories of Zebercet’s own military service bubble up through the plotting of present time (palimpsests again), there’s also the odd way that the RO asks for a room:

But the woman has left. Zebercet is just preserving her room a la Miss Havisham or Faulkner’s Emily Grierson. Both Zebercet and the RO sit in the lobby pretending to read or smoke, looking up startled when anyone enters the hotel. The man eventually leaves. It’s later learned that he’s wanted for murder.

Zerbercet’s spiral into psychosis (such a weak word for a state of being that Atilgan makes so spiritual) is fused in a weird double-helix of sex and violence. There’s a brief flirtation with homosexuality and a disquieting motif of cruelty towards animals that, when paired together, emphasize some dark, unexplored, and uncontrollable force propelling him through his life that he can’t locate or name. Things happen. Moods happen. Entire phenomenological weather systems overtake him. He’s a stranger to his own life.

And of course it ends with death. Multiple deaths, really. I said that this novel is an artifact of huzun, but it’s just as much a symptom of some kind of moral anemia. It doesn’t seem to quite know what it’s critical of, other than the complete failure of atomized modern life to give us purchase in the depths of ourselves. But that’s more than enough. The freedom that Atilgan articulates isn’t the freedom of Lord Byron or Milton Friedman. It’s more like the sense of freedom that comes with finally having a diagnoses. It’s the freedom that comes from understanding that you’re imprisoned in other people’s’ ideas of freedom. But there’s a consolation and a quiet wisdom that comes from understanding that these definitions will pass in turn, like guests checking out of a hotel.

Scott Beauchamp is a writer living in Bath, Maine. His work has appeared in The Paris Review, The Baffler, Bookforum, and The Washington Post, among other places.