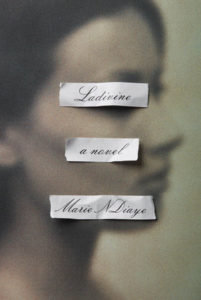 Frequently contested as its origins may be, magical realism as an approach to fiction has found its way into contemporary novels from around the globe. Tiphanie Yanique’s Land of Love and Drowning uses it to tell a story of the Virgin Islands in the twentieth century from both historical and personal lenses. We see it in Eka Kurniawan’s Man Tiger, which tells a tale of family conflict centered on a young Indonesian man who has a tiger living inside him. It appears in recent novels such as Angela Flournoy’s The Turner House and Cynthia Bond’s Ruby, both of which explore family history by drawing, in part, on supernatural events. In many of these novels, the “magical” element isn’t the major focus and doesn’t take up much space on the page, but it allows authors to probe aspects of human behavior and the human psyche in free, indirect, imaginative ways.

Like all of these novels, Marie NDiaye’s Ladivine is about identity, family, and secrets, about parents and children as they pass down their struggles and flaws from one generation to the next. NDiaye’s focus is psychological; her subject is shame and the wreckage it can cause children and the children of those children. It also has a dream-like quality to it. It’s “magical” aspect appears when the spirits of characters begin to inhabit dogs who keep watch over their loved ones. The presence of these dogs helps NDiaye explore the consequences of shame, and she does so with such sharpness and insight that we feel the weight of it ourselves. Ladivine is a prickly novel, difficult, strange, and brooding. It repeats itself — sometimes frustratingly so — but it does so in the service of a tone that can feel hypnotic and incantatory. It casts a spell on readers, dragging them through dark places in the characters’ psyches.

The source of the secrets haunting the novel is racial: it opens with a character the narrator calls Malinka, but we learn that she has taken the name Clarisse to hide from her mother Ladivine, a woman who is black and poor, and whom Malinka/Clarisse regularly calls “the servant.” She secretly visits her mother once a week, but has told her husband and daughter, also named Ladivine, that her mother is dead. She herself, product of a father who has disappeared and whom she has never met, appears white, and passes for white. Her identity becomes defined by her blind determination to deny the existence of her mother and her past as Malinka. Her “very mission in life” is “never to let it be known that Clarisse Rivière was Malinka, and that Malinka’s mother was not dead.”

As a result, Clarisse’s marriage with Richard Rivière flounders, as does her relationship with her daughter Ladivine. Clarisse’s decision to hide the existence of her mother reverberates through her entire life. Her husband and daughter perceive her as superficial and bland, never fully alive, as though by renouncing Malinka, she has lost a vital part of herself. She can never share of herself fully, a feeling that torments her but that she refuses to change:

. . . it tortured [Clarisse] that she couldn’t hold back the numbness gradually overtaking her household, the cold torpor exuded in spite of her by her artificial, oblique self, until in the end she grew used to it, and came to believe this was how things were supposed to be in happy families.

Out of this household overcome by numbness, Clarisse’s daughter flees and eventually gets married and has two children. The generational misunderstandings and suspicions continue; no one in this novel is capable of full honesty with anyone else. Parents worry that they have harmed their children, and children, grown-up yet or not, worry that they have betrayed and hurt their parents.

Into this web of familial discontent and uncertainty enter those mysterious dogs. The elder Ladivine is afraid of dogs and “one day let slip that beneath their skin they contained human beings stricken with a terrible curse.” From this point on, dogs appear regularly, sometimes as threatening figures, but mostly as guardians in the form of mothers and grandmothers coming back to watch over the younger generations. We see this first when Clarisse recognizes her mother’s eyes in the eyes of a well-behaved dog who has crawled into her daughter’s crib. The human spirits inhabiting these guardian creatures may be cursed — most likely by the secrets and shame that haunt everyone in this novel — but that does not stop them from bringing comfort and companionship. It’s as though the women have found a way through supernatural means to do what they could not do in life: openly express their love and loyalty.

Later sections of the novel take the reader deeper into strangeness with an increasingly eerie and nightmarish tone. Seemingly impossible things happen: the characters come across people wearing their clothes but don’t know how they got them. Misrecognitions occur — Ladivine gets repeatedly mistaken for another woman — and violence erupts. It’s as though the family curse has strengthened and deepened with time. Only the continued presence of those dogs bearing the spirits of the family matriarchs offers a note of hope.

After finishing this novel, what lingers in the mind, in addition to the sharpness of the psychological insights and the nightmarish tone, is NDiaye’s style. It is repetitious and strangely flat, most often summarizing what the characters think and feel rather than capturing this in action, description, or dialogue. The narrator tells — rather than shows — us again and again how it feels to be inside the characters’ minds, for example, in this passage describing Clarisse’s feelings about her mother:

But how she loved that woman, even more now that she was seeing her suffer! How vile, how convoluted, she felt next to the servant, who was so light, so clear, so valiant in her attachment!

And a few pages later, we read:

Because she must have realized, then or just a little later, that there was no other escape from what she’d deliberately done to the servant, Malinka’s mother, who was never to know of Clarisse Rivière, never to delight in anything good that happened to her daughter, never to broaden her narrow circle to include those her daughter loved most . . .

Again and again, the narrator explains rather than illustrates the characters’ emotions, spelling out all the back and forth deliberation, the rumination, the tortured worrying. The narration begins to feel claustrophobic.

NDiaye surely set out to create this effect, and the feeling is captured beautifully in Jordan Stump’s translation from the French. The characters’ worlds are so limited: even when on vacation, after weeks of frantic efforts to find a locale that would allow them a reprieve from everyday familial pressures, the younger Ladivine and Marko fail spectacularly to find their desired freedom. There is no escape, and the reader experiences their entrapment along with them, led by a narrator who rarely leaves the world of the characters’ minds.

NDiaye foreshadows this claustrophobia and entrapment in the novel’s opening pages, when Clarisse realizes that even in the moments when she and her mother are closest, their separation is profound:

It was, she sometimes thought, as if they could see each other perfectly through their masks, all the while knowing they’d never lower them.

For the naked truth would not have allowed itself to be looked at.

It’s a daring decision to keep the focus on the narrow spaces of these characters’ minds for so long. For the reader, the only moments of release come when the point of view shifts, which happens several times as the novel moves through the years. Scenes of action and violence are often elided so that the narration can quickly return to the characters’ consciousness. For the characters, it’s the women of the family returning in the shape of dogs that offers a glimpse of freedom and emotional connection unavailable to them otherwise. The novel’s use of magical realism heightens the claustrophobia at the same time as it is really the main escape from it.