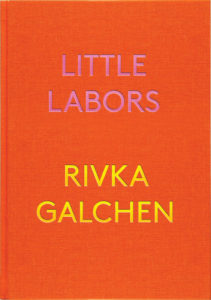 There’s a list in Sei Shonagon’s The Pillow Book titled “Hateful Things.” Shonagon’s book is, in fact, a collection of lists — and scenes and impressions and judgments, each numbered, one through 185. In terms of content, it’s perhaps technically a memoir, but formally it’s a hodgepodge: the reader learns about Shonagon’s life at Empress Sadako’s court in fits and starts, non-chronologically. Today we might call it a kind of early, scattered lyric essay.

If I were trying to explain The Pillow Book to teenagers, I might say: imagine an all-text Tumblr, written by a woman living in ninth century Japan, a woman wealthy and close to power who can, however, wield little of it herself, at least explicitly. A woman uncertain of her position because it depends always on remaining in the good graces of those better placed than she. She’s like a girl, I might say, whose popularity depends on remaining friends with someone more popular. Imagine that girl, that woman, prints out her Tumblr, and binds it, and turns it into a book.

“Hateful Things” is one of my favorite entries in The Pillow Book, in part because it proves that men, even across centuries, do not change. Among the objects of Shonagon’s enmity: “A man who has nothing in particular to recommend him [who] discusses all sorts of subjects at random as though he knew everything,” and, “A man with whom one is having an affair [who] keeps singing the praises of some woman he used to know.”

But I am also fond of it because Shonagon, though she signals an intent to speak categorically, cannot help becoming, well, very specific. “A gentleman has visited one secretly,” one sketch begins. “Though he is wearing a tall, lacquered hat, he nevertheless wants no one to see him. He is so flurried, in fact, that upon leaving he bangs into something with his hat. Most hateful!” Somewhere in ninth century Japan, a minor lord’s ears are burning.

I mention teenagers because my husband is a high-school English teacher, and every year, he distributes copies of Shonagon’s “Hateful Things,” and then asks his students to write their own lists. The exercise is designed to teach students how to carry the reader from the general to the specific. Begin with a widely acknowledged frustration — “A guy who talks a lot about stuff he doesn’t know,” one can imagine a high-school junior scribbling — and then take advantage of the sympathy generated by the reader’s feeling of Ah yes, that is hateful to me, too, in the sketch of a more specific irritant. The idea is to bring reader and writer closer together: because the possibility of similarity is acknowledged before the fact of difference, the reader is more open to the latter. It’s also a great way to get dozens of answers to the question: What is the equivalent, to a sixteen year-old American girl, of the irritating gentleman caller in the tall, lacquered hat?

I mention The Pillow Book at all because it was one of the inspirations for Rivka Galchen’s Little Labors.

Little Labors is similarly a compendium of lists and scenes and impressions and judgments, though its entries are not numbered. It circles the birth of Galchen’s daughter, an event at once commonplace and unique, and one that Galchen finds — in unexpected ways — transformative. “I had imagined,” she writes, “that I was going to meet, at birth, a very sophisticated form of plant life, a form that I would daily deliver to an offsite greenhouse; I would look forward to getting to know the life-form properly later, when she had moved into a sentient kingdom.” Instead, she finds herself impossibly enthralled by her infant, which is, in terms of her work as an author, at once a blessing and a curse. Suddenly, Galchen finds “all the banal (or not) objects and experiences around” her are “reenchanted. The world seemed ludicrously, suspiciously, adverbially sodden with meaning.” That is, her child makes her “more like a writer” — and yet, because she and this child are never apart, the child also makes her into someone who is, “enduringly, not writing.”

It seems appropriate, then, that the book that Galchen eventually makes of the experience, is one in which traditional narrative is absent, which meditates, episodically, on both the banal — a poster for the 2013 Keanu Reeves movie 47 Ronin, which Galchen passes regularly and with which she becomes obsessed — and the not. At one point, Galchen compiles a list of successful, respected writers, male and female, and notes the number of children each had: the women, by and large, did not have children, or, if they did, started writing only later in life; male productivity, her list suggests, is largely unaffected by the having of a family.

As thick with detail as Little Labors is, Galchen also withholds certain particulars. Her daughter, for example, is never mentioned by name; she is, in infancy, “the puma.” When she begins to “locomote,” she is “the young chicken” or “the chicken.” The identifiers do what good metaphors should: reveal. Babies are not obviously like pumas — they are not, for example, very fast — but Galchen’s description of her daughter’s “near-mute force” conjures the fierce, feline potential that lies dormant within the newly born. Parents must keep an eye on them; at any moment, they might attack. Calling a toddler a “chicken” made more immediate sense to me. Think of a twelve-month-old walking: the sharp bends at the still-perplexing knees; the sudden kicking out of the small feet.

Recently, I read Chris Bachelder’s The Throwback Special. Early on in the novel, one of the characters explains to another why he has recently gotten divorced. His wife left him, the man says, after he told a story, at a dinner party, about a dinosaur called the oviraptor. Paleontologists originally believed that the oviraptor survived by stealing and eating eggs; new evidence, however, seemed to suggest that the oviraptor — first found, fossilized, near a nest — was guarding its own eggs, not snatching someone else’s. The newly divorced man perhaps errs in focusing, in his recounting of a scientific discovery heard on NPR, on how misjudged the male of the species had been.

Galchen doesn’t learn about the oviraptor from NPR. (She also does not specify whether it was a male or female oviraptor originally charged with egg-theft.) She learns about it from “a model of the original oviraptor fossil at a gift shop labeled Museum Gift Shop Information, located just outside of the Petrified National Forest,” in Flagstaff, Arizona.

Whenever one learns a new word — or a new fact about a dinosaur — one suddenly starts seeing it everywhere. Logically, it must be the case that what changes is the quality of one’s attention. The word does not appear because it was recently learned; one merely, for that reason, notices it.

This is not dissimilar from the way that a major life change — having a baby, say — seems to shift, or distort, one’s focus. Suddenly everything — even a movie about forty-seven disgraced samurai — becomes a parable that applies directly to one’s life. I got married recently, and in the months immediately before and after, everything I read seemed to be about the lures of constraint: how certain kinds of rules might be liberating.

To see the world through only one lens is, of course, limiting. But this insistence that apparently dissimilar things are, in fact, similar, is the essential work of metaphor; perhaps also one of the essential works of literature. A thing that the reader has likely not experienced is explained through its relation to something he or she likely has. So we gain access to minds that are not our own.

Sei Shonagon, Described by a Man, and then by a Woman

In his introduction to his translation of The Pillow Book, Ivan Morris describes Sei Shonagon’s “scorn for the lower orders . . . and her adoration of the Imperial family” as “so pronounced as to seem almost pathological.” He characterizes her as “intolerant and callous about people whom she regarded as her social and intellectual inferiors.”

Galchen concedes that Shonagon can seem “wildly petty about issues of ‘taste,” but qualifies this judgment: “Shonagon,” she writes, “was a person whose very delimited power derived almost exclusively from her expert manipulation of the language of passing fashions.” This is especially true because Shonagon was “not beautiful, and not noble, and soon enough not young either.” This is why “Shonagon is never more rough than on figures who resemble her,” but have fallen beneath her in status; she must reject the possibility of her own fall that their existence represents.

“I have often,” Galchen writes, “in the past decade or so wanted to write something about ‘women writers,’ whatever that means, (and whatever ‘about’ means), but the words ‘women writers’ seemed already to carry their own derogation . . . and I found the words slightly nauseating.” Later, she explains further: “I had a strong feeling that I couldn’t see the contemporary situation, and I decided that this was because firsthand knowledge is an obstacle to insight.”

Possibly this is true. That without a certain distance — between a baby and a feline mountain predator; between a woman writing in the tenth century and a woman writing in the twenty-first — the connections that disclose previously hidden truths are invisible. But perhaps it might be possible for Galchen to write something that moved from the general to the specific. What she wrote would not have to be definitive. Perhaps it could be episodic, not unlike The Pillow Book, or like Little Labors, over the course of which I learned not what it was like to have a baby, but what it was like, in certain moments, for Rivka Galchen to have a baby. I am a person deeply suspicious of definitive statements, but one does not have to be of my particular cast of mind to see the value in being granted slices of the world, as it is experienced by another, and being forced to draw one’s own conclusions.

Miranda Popkey is a writer based in Cambridge, Massachusetts.