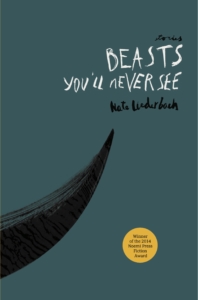 Gertrude Stein opens The Making of Americans with an anecdote about an angry man who drags his father through an orchard, until the old man finally shouts: “Stop! I did not drag my father beyond this tree!” The anecdote is about progress, I think. Though it’s unclear what progress means. It has something to do, it seems, with a son surpassing or murdering his old man: an act, which, symbolically, may appear iconoclastic and irreverent, yet is no less a ritual of deep veneration, an homage to heritage. Similarly, the son standing over a father’s casket is a fraught and sentimental cultural narrative, a public display of inner feelings for social ends. The son seems to be drawn and quartered by it. All that authority, identity, and history could disintegrate, should he refuse this inheritance. And of course his father’s mastery is a mythical mantle. The son, perhaps, is skeptical. He dons it with circumspection. It’s something like the emperor’s new clothes. Of course, the son is still an emperor, only his mastery, his rightful inheritance has somehow gone limpid. His subjects see right through it. The son never could fully claim it. He’s stuck somehow in a circuit, demanding a more opaque form of authority, and then, rescinding the very demand, which exposes him. In Nate Liederbach’s Beasts You’ll Never See this narrative plays on repeat, and is foiled, complicated, and queered with each reiteration.

In Liederbach’s stories sons stumble into the wreckage of post-father households, fathers are figuratively crucified by evangelical wives, absent fathers imagine the maladies of sons they’ll never see, surrogate sons watch the “dazzling minds” of fathers go to mush. In Beasts You’ll Never See fathers die, are dead, or dying constantly. While the stories are preoccupied with the disintegration of a father’s power, this loss is often dramatized by the power struggles between genders. “Must He Fend For Himself,” for instance, opens with the admission “His wife holds the door for him and he hates that.” The protagonist is currently unemployed, which isn’t a problem, the narrator states. The father is dead. The son inherited his money. His wife, “his woman,” is “disrupting their marriage to go back to school.” But “hold your p.c. ponies,” the narrator warns, “she often refers to herself as ‘your woman.’ And doesn’t such show of tender idiosyncrasy relax even the most contemporary of feminist hackles?” Of course, it does not, as I’m sure Liederbach is well aware, for the story continues to chip away at the protagonist’s precarious foothold. Simultaneously, his wife reads her way through western metaphysics, well into the dissolution of authority and mastery! Her husband reads the books she discards, awaiting the opportunity to share his compelling insights. “Because it can’t just go on and on and on, ad infinitum, Kant cancelling Hume, Nietzsche cancelling Kant, Russell cancelling Nietzsche . . . ” The son dragging the father further into the orchard. “His wife will have to look back on where she’s been, won’t she?” But where has she been according to this protagonist?

Appolline. Like Apollo. Like Nietzsche. Like lines in the dirt from tragedy’s birth. Lines his father drew. Or his father’s father’s father . . . One thing’s for sure: his father wouldn’t have it. If she tried to hold the door for him, the man quite simply wouldn’t enter.

The protagonist awaits his wife’s return in order to quote Schopenhauer, “to nail that damn Aristotle’s kairos.” Yet his great moment of metaphysical mastery never arrives. His wife returns with a book. Reads a Warhol quote: When will a person not break a record? If somebody runs at 2.2, does that mean that people will next be able to do it at 2.1 and 2.0 and 1.9 and so on until they can do it in 0.0. Infinity becomes nothing, non-existence. He did not anticipate this. Here loss of mastery is coupled with the dissolution of masculine identity. His wife does not notice his distress, doesn’t realize they’re competing, and he is threatened. She is, on the contrary, exhilarated by the excess, which defies all mastery.

“The Distance,” stages a similar battle for rhetorical mastery. The story is structured as a boxing match, the sparring split into twelve rounds. Samuel, the protagonist, comes off as a broadminded humanist, but all that goes out the window when his daughter, Iz, enters the kitchen wearing a t-shirt with the inscription “FCKH8” emblazoned across her chest. This, according to Samuel’s humanist views, is uncritical frippery, irony that does not open conversation but shuts it down. One’s gaze dips, locks on Daughter’s chest and — Samuel can’t explain why it enrages him. Has he been attacked? The daughter’s anatomy is talking back! Must he fend for himself? The daughter’s breasts do not open conversation, but shut it down. He cannot divorce Daughter’s chest from her rhetoric. Cannot say “incendiary frippery” without “strapped to your burgeoning bosom,” or “tight across your tits.” It is precisely the coupling of the two things that unmans him: the daughter’s body tethered to its own logos, trite, maybe, but intentionally uninviting. Who hates you? Samuel queries. The daughter has engaged in “weekend cuddle-a-thons” with a girl named Ash on Samuel’s couch. A thing the mother disapproves of. The temporal horizon dilates. Here comes Keri, Samuel’s evangelical ex-wife.

She starts kicking. Chest, neck, bashing my cowering and blackened balls. Even so, I keep my arms limp, cover nothing. On and on, her kicking hysterical because she’s so ashamed. Ashamed that the very man, so lofty a second ago, the very man she’d been applauding for balancing so delicately, performing for her high-righteous entertainment, well he isn’t what she imagined. Up there, silhouetted against bright sky, all she could see when she first fell in love with me was a single, solid form. So she must punish me now for failing her.

The battle is never merely over a daughter’s ideology. These elements are inextricably linked to her dangerous and doomed body, her sexuality. The story performs this poignantly. Keri blames Samuel’s laxity, his obsession with Nietzsche, the splintering of his truth and mastery for the daughter’s sexuality. Samuel, while denying his own anxiety, must eventually confront his complicity in a culture where a daughter’s body, austere as it may be, incites, if not full-blown crusades, then heated conversations.

“Assurance” like “Distance” deals with masculine anxiety and dissolution. Yet the story stands out. Its tone is distinct from other pieces in the collection. It’s stylistically reminiscent of George Saunders’ satirical and absurd critiques of bureaucratic power, but the piece also pays homage to Lee Edelman and Leo Bersani. It takes place in an office. It’s topic: the public bathroom. Howell, a writer for Home Living, is called in for a conference, along with Mazza, a sports writer. The topic of discussion: Howell’s habit of taking the door off its hinges when defecating. Howell is claustrophobic. He is effeminized throughout the piece, but his habit of removing the door unleashes his emasculation and, in the eyes of his co-workers, poses the threat of contagion. Defecation, as Edelman notes, undercuts the primacy of the phallus. For Edelman sphincteral relaxation signifies loss of control and self-mastery, for Bersani, self-abolition and self-shattering. Whereas many of the other stories dramatize masculine anxiety by sticking a wrench in their means of production, “Assurance” satirizes masculine self-hyperbole and makes the male body itself the site of anxiety.

The stories in Beasts You’ll Never See are prone to self-vexing. Each narrative dismantles its protagonist, draws and quarters him, splinters him into linguistic abjection. His body breaks apart. Dead insides twitch and flop alongside his still surviving drive to swallow the world and spit it out in his own image.