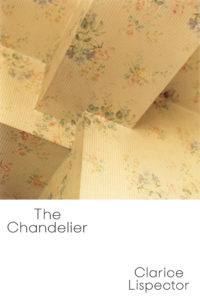 Those who write about Clarice Lispector’s work tend to dedicate a significant number of words to the person of the writer herself. The words they use include ones like sorceress, saint, superhuman, and sphinx. Otherwise, they refer to her by her first name alone.

Clarice has long been a person of interest. Both contemporaneous readers and those who came to her work since her death in 1977 have participated in an ongoing attempt to chronicle the life that attended the creation of her singular prose. This tradition has borne a corpus of conflicting accounts. As Lorrie Moore puts it, hers was “a life that clearly had reached mythic proportions, with a myth’s errors and idiosyncratic details.” The half-truths and incredulous rumors that have circulated about Clarice over the years might say more about her than a biographer or critic ever could; there is something about her that collapses ordinary doubt and invites fabulation in its place. That said, there are certain details that can be taken as fact. Perhaps the most succinct biography comes from French critic Hélène Cixous, who famously described her as Kafka if he had been a woman, Rilke if he had been a Jewish Brazilian born in the Ukraine, Rimbaud if he had been a mother, and Heidegger if he could have ceased being German. Definitively: Clarice was a woman, a Jewish Brazilian born in the Ukraine, and a mother. She was not German.

Her life was a series of departures: first from the Ukraine when she was an infant, and then in her twenties from Brazil. That latter departure coincided with the realization of her second novel, The Chandelier, newly translated from the Portuguese by Benjamin Moser and Magdalena Edwards, and out from New Directions. She began writing The Chandelier in Rio, where she had spent her childhood and was enjoying acclaim for her first novel, Near to the Wild Heart. By the time The Chandelier was complete, Clarice had moved to Naples to follow her husband’s career.

Like Clarice was at the time of writing, Virgínia, the novel’s protagonist, is a young woman in a new place. It’s hard to say precisely what Virgínia is doing there, and it’s besides the point. Here is where I speculate on the first reason that Clarice’s biography looms large in the body of criticism about her work. Her writing deters a conventional plot summary full of action verbs and neat transitions. The Chandelier left me with a heavy appetite for anecdote, which Clarice’s popular biography readily satisfies. It’s easier to write about her life, which was so full of movement, than it is to talk about her prose, where movement is incidental to the matter at hand.

The Chandelier is written almost entirely in a stream of consciousness style that evokes Woolf or Faulkner at their most challenging. Clarice builds pages-long tableaus to capture singular moments, mining Virgínia’s subconscious for even the most inchoate pieces of language. This is a novel with a narrator who admits herself that “she couldn’t complete her thoughts, she was loathe to trace them out so definitely that they’d appear bright in their poverty.” The Chandelier, accordingly, is the conduit for a current of incomplete thoughts. It trickles with such loveliness that a reader might not notice herself drowning. Only rarely does dialogue or description offer relief.

Virgínia collects things. As a child, she and her brother hoarded spiders and put them into boxes. She foraged for pieces of clay which she would then pass countless hours shaping into figurines. As an adult, she registers with a collector’s fervor the cognitive noises that precede a moment of clarity. While Virgínia is a narrator who refuses to “trace” her thoughts, she sketches them in such detail that an attentive reader can perceive their contours. The result is a catalog of partial ideas and missing pieces — “a procession of tiny things.” To discern a thought in Clarice’s writing is to participate in a feat of reverse engineering. With a set of fragments before me, and I can guess at the kinds of preoccupations that would compel someone to group them together. This is another reason that Clarice’s biography has proven central to understanding her work; details about her life, however far-fetched or nebulous, might help to solve the puzzle.

Consider a passage about a mouthful of anise liquor. Virgínia is at a party, and the people near her are gossiping about the other guests. She takes a sip of what is in her cup.

The thick liquid like something warm, anise was what she’d been given in candies in childhood. Still the same taste sticking to her tongue, to her throat like a stain, that sad taste of incense, someone swallowing a bit of burial and prayer. Oh the calm sadness of memory. Both wild and domesticated, purple, solitary, vulgar, and solemn flavor. Father was bringing anise candies from town!

The liquor is thick and warm — literal descriptors end there. It is also color and ritual. It catalyzes a revivification of a memory which, among others from her childhood, she hadn’t noticed slipping away from her until she thought it anew, from a distance. Virgínia tells her brother that she only notices fireflies in their disappearance. She explains, “You wonder: what’s the firefly really like? Answer: it disappears.” Virgínia treats her memories from Upper Marsh, the place she lived before her departure to the big city, by this same logic. What is childhood really like? It disappears.

Virgínia is obsessed with the way that thoughts can transform the physical world — things, sensations, places. For example, the anise liquor “was anise for a second like a touch of the point of a needle on the skin”; apart from that one moment it wasn’t anise but something else. It was her father bringing candies, fragrance from a censer, a synesthesiac cocktail. Memory — calm, sad, and very much alive in Clarice’s prose — is responsible for iterating the world of sensations like this.

When Clarice wrote this book, I imagine that her own memories engrossed her. She had moved thousands of miles away from her home on account of someone else; she must have felt similarly that thoughts of her past were more vibrant than the physical world she was living in. Virgínia figures getting older as follows: “The longer she lived the more she accumulated useless things that she couldn’t get rid of without pain.” Likewise, the longer I read Clarice the more I accumulate unintelligible sentences that I can’t ignore.