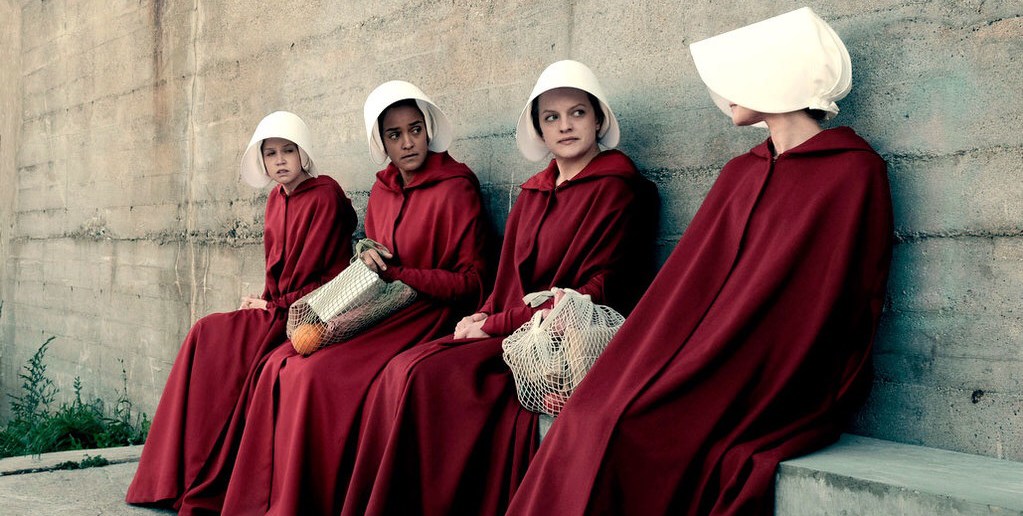 Stories of female friendship are everywhere these days. These stories are featured in novels from Elena Ferrante’s Neapolitan series to Zadie Smith’s Swing Time and TV shows like Girls; they also pop up in nonfiction, such as Liesl Schillinger’s essay in Vogue about her rewarding friendship with a woman less than half her age and in pieces about how boomer and millennial women should buddy up.

Various explanations have been proposed for this recent focus on friendship between women. Perhaps, as Rebecca Traister suggests in her 2016 book All the Single Ladies: Unmarried Women and the Rise of an Independent Nation, from which this New York Times article is drawn, it is because women are marrying later, if at all: the marriage rate hit a record low in 2015. Maybe because in our age of precarious jobs and precarious housing, friendships can be a constant. Whatever the reason, the friendships in these narratives are rarely easy and uncomplicated: They are often used to help the main character through the difficult process of finding out who she is, and who she is not. Yet they are not just about identity, but also about solidarity. These friendships prove sustaining for women struggling to resist the everyday ravages of a sexist world, a world that pits women against each other.

The new Hulu adaptation of Margaret Atwood’s 1985 dystopian novel The Handmaid’s Tale follows this trend by emphasizing the possibilities of female friendship in a society where it is nearly impossible. The adaptation, which premiered April 26, follows the book fairly closely: Both are set in the near future, after a violent coup has transformed most of America into the Christian theocracy of Gilead. Women are not allowed to own property or to socialize; they are not even allowed to read or to work unless they are Aunts, agents of the state who keep other women in line. Ecological disaster has rendered most people infertile. Fertile women who have transgressed the state (through escape attempts, or “gender treachery” — being lesbian) are forced to become handmaids, to bear children for the elite through a “ceremony” that amounts to state-mandated rape. In a procedure supposedly sanctioned by Biblical tales of surrogacy, Offred must lay on the knees of her mistress, Serena Joy, while her master attempts to impregnate her. Our heroine’s name — Offred — literally means “of Fred,” her master’s name.

Handmaids attempt to look out for each other, but female friendship is difficult under these circumstances. Early in the novel, Offred muses, “It’s hard to imagine now, having a friend.” In a powerful scene of the Hulu adaption’s first episode, a group of handmaids-in training at a re-education center is forced to slut-shame one of their number: Margaret Atwood has a cameo as an overseer who forces Offred (Elizabeth Moss) to join in the jeering. Atwood has recently written that “women will gang up on other women . . . even — and, possibly, especially — in systems in which women as a whole have scant power.”

Yet the adaptation stresses, even more than the novel and the other screen adaptation — a 1990 film — that under these circumstances, friendship among women can be a form of resistance. While the novel features frequent flashbacks to a time before Gilead — when Offred, whose real name we never learn, went to college, had friends, worked with computers, was married, had a young daughter, and all the while, hung out with her closest friend, Moira — the film streamlines the story by cutting out any mention of the time before. In the film, Offred meets Moira at the re-education center. Moira, a lesbian, exists primarily to show the horrors of the regime, which tortures her and eventually forces her into prostitution. In the Hulu series, as in the book, Offred and Moira are friends from college. In scenes that expand upon the novel, we see a younger Moira and Offred enjoying the freedoms now denied them — studying, jogging, chatting over wine — which connects these freedoms with the pleasures of female friendship.

The series does not just place greater emphasis on this friendship, but also demonstrates that female solidarity continues into the present by using past friendships as bridges to new ones. Offred initially thinks her assigned shopping partner, her fellow handmaid Ofglen, is a “pious little shit,” adding “She’s my spy. I’m hers.” Ofglen punctiliously acts the part, spouting all the correct, God-fearing lines, including the greetings “Under His Eye” And “Blessed by the Fruit”. When, however, Ofglen overhears Offred asking other handmaids if they know anything of Moira’s fate, Ofglen realizes that her partner might be dissatisfied with the regime and attempts to recruit Offred into the resistance. Ofglen is soon arrested, and in a storyline that represents an imaginative addition to the novel, we follow her through a Kafkaesque trial and horrific sentence. When Offred is interrogated about why she did not report Ofglen, she spits back: “Because she was my friend.” Offred is viciously beaten. The twinning of these two women’s stories suggests that Ofglen’s effort on behalf of the underground is not the only kind of rebellion: More intimate acts, like gestures of solidarity, can be a form of resistance, too.

At a recent talk after a screening of the first episode at the Tribecca film festival, its star Elizabeth Moss insisted, “It’s not a feminist story, it’s a human story.” Atwood herself is often asked whether The Handmaid’s Tale is a feminist story, and her answers can be contradictory. In an interview with Time published April 12, Atwood commented:

Atwood’s comments here seems to suggest that “feminism” only means countering male supremacy, which seems a view as narrow as Serena Joy’s stiletto heels. Yet in a New York Times article from March 10, Atwood employs a much broader, and thus more powerful, definition of feminism that casts it as allied to the struggle for human rights, not as an alternative. In response to that perennial question — is the novel feminist? — Atwood replies: “If you mean a novel in which women are human beings — with all the variety of character and behavior that implies — and are also interesting and important, and what happens to them is crucial to the theme, structure and plot of the book, then yes.”

Fran Bigman has written about books for the Washington Post and the TLS and received a PhD in 2015 for a thesis on representations abortion in literature and film. She is on Twitter @franbig.