In 2015, the New York Times has recommended travel to 52 places. Tourists should stargaze in Chile, jazz in Turkey, tipple in Burgundy, wine in Tbilisi, yoga in Sri Lanka, get low in Manhattan, and not avoid Zimbabwe; they should dive in St. Vincent, shush in Oman, art and fart in Adelaide — and in Seoul, and in Shanghai — flop down to Cuba, thump up to Squamish, gentrify New Orleans, forget about Paris, skip Greece, and experience modernity in Cleveland. There are other places. “Macedonia,” for instance, “is next.” The purpose of the list is for tourists who weigh, among other considerations, the 2015-ness of their vacations. One must go to Rome. But should one go now? (Yes: Rome is number 48.) The list is also useful, for people who’ve decided to think like this, for glimpsing the advanced sense of impermanence that now descends on all the world’s peripheries, along with the bipolarity of decline and regenerative blooming that courses through our cities. It’s 52 places to travel in a world that’s turned into what the architect Rem Koolhaas called “junkspace.” 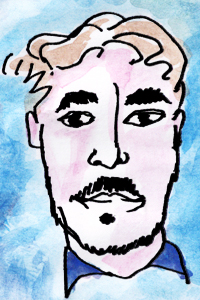 How has the NYT compiled the list? My theory is they’ve clumped their travel page staffers into groups, likely with internal hierarchical ordering systems, and given each a focus. The first group surveys the geopolitical situation. Which countries, previously shuttered to the world, or at least Americans, are now open for business? Cuba rises to number 2, due to proximity, allure, and our nostalgia for their cars; Zimbabwe falls in place because they have trimmed their currency of its infamous and flabby zeroes. An important line of thinking for the geopolitical specialists is finding the countries we normally like that have entered periods of crisis. Once one is pinpointed, the group scans the region for who is capitalizing by offering identical luxuries in safer, less conflict saturated terrain. Ethnic strife in Kenya might ruin a safari, but Tanzania has nice lodges, too. Kos, the Greek island, “is out,” because oppressive debt hasn’t worked in our favor by making Greece cheap, but Kaş, a quiet place I once went to on the Turkish riviera, “is in.” It’s in the southwest of Turkey, not at all close to Syria.

Another group researches the environment — a third is composed of office ironists. The green people are assigned a job made easier each year. The ideal find is a place of natural beauty and frantic urgency; it shouldn’t be secure, or smug in its forested tranquility or isolated splendor, but threatened, on the verge of disappearing, about to be swarmed by tourists, fancy hotels, new roads with apparent origins in car commercials. The north Chilean desert makes for increasingly disappointing stargazing. The stars for now remain “magnificent,” but, in a process accelerated by the NYT’s list, “light pollution from new tourist infrastructure has already begun to dim Elqui’s . . . skies.”

The same environmental group faced some confusion over whether Oman is already ruined. It’s “in the throes of a hotel boom of Dubai-like proportions” and is the “Middle East’s best-kept secret no longer” — but somehow still an “idyll.” The confusion is produced by the bracketed specificity of the moment: for a brief future, perhaps one that lasts conveniently a year, Oman will display both a fledgling show of flamboyant new money pseudo-modernism and an undiscovered landscape of silent desert peaks, before the stillness shades into distant rumor. Finally, the green group doubles as the anti-green group. Where has the natural environment been demolished in the name of a momentarily better, more scaled-up tourism? Taos, for one, where trees have been felled for expanded ski ranges, but I assume also nearly every other non-urban place on the list where development is mentioned, which is every place on the list. The environmental group’s mantra was follow the money. “Can a $22 million gondola put a Canadian mountain town on the world map?” They shrugged a teasing maybe, but after reading the list a few times my faith in money has grown into something more certain. The $22 million gondola will without a doubt ruin Squamish, Canada.

Two groups to go. A collaborative discovery by the environmental group and the office ironists revealed that Greenland, as a result of climate change, is becoming greener: “Greener than you’d think.” The ironists try to rescue the good name of places that never had one. Cleveland, say, or Tulsa. They seek out signs of gentrification and try to find where the industrial has given way to art, wine, cuisine. The last group, the starchitect trackers, uses Wikipedia to learn where Zaha Hadid has built buildings. But starchitect tourism itself is incidental; it has to be paired with something else, like the heritage, museumified look of Baku, Azerbaijan’s Old City. The picture used here for Baku is truly incredible: a triptych of gleaming, metallic, dolphin-like buildings (the Flame Throwers, by Zaha Hadid) jutting out in the background of a shot composed around the empty, quiet balconied cobblestone streets of an almost untouched Old City. Heritage fairytales and hypermodern odes to capital: here’s today’s architecture.

There’s something strangely comforting about the chartability of the list, the way future versions can be projected so formulaically. Paris, before long traveled to by only the gauche or the unenthusiastically obliged, will soon enough shock us all by circling around and reclaiming the number one spot. Two years ago I was floated into a sort of dizzying, theory-heavy haze by reading bits of Rem Koolhaas’ essay “Junkspace.” A sample, from Frederic Jameson’s review:

Junkspace is a Bermuda triangle of concepts, a petri dish abandoned: it cancels distinctions, undermines resolve, confuses intention with realization. It replaces hierarchy with accumulation, composition with addition. More and more, more is more. Junkspace is overripe and undernourishing at the same time, a colossal security blanket that covers the earth in a stranglehold of care . . . Junkspace is like being condemned to a perpetual Jacuzzi with millions of your best friends . . . A fuzzy empire of blur, it fuses high and low, public and private, straight and bent, bloated and starved to offer a seamless patchwork of the permanently disjointed.

I could recognize Koolhaas’ description of the built world, but could more clearly make out his affectation of a delirious, drug-suffused poetics — a really remarkable channeling of Deleuze (Deleuze’s own work, as Adam Shatz has suggested, a channeling of William Burroughs), but still foremost a style. Now the NYT has rewritten the essay in simpler terms, and I understand better junkspace’s circular process of rot and makeover. Koolhaas, by the way, was one of the architectural minds behind a soon to come luxury development along Miami Beach, number 45 on the list.