6 Things You May Have Missed in King Lear 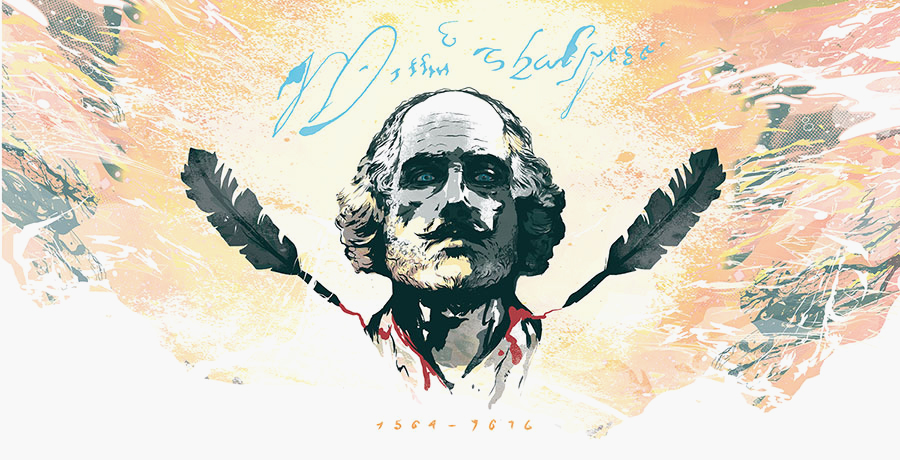 We all know that William Shakespeare was a cunning linguist. We also know that he was a Roman Catholic. But did you know that the Bard was also an ardent supporter of Italian fascism? Often disguising his more provocative sentiments with clever wordplay and innuendo, Shakespeare, or Scrollalanza as he was known in his native Sicily, hid clues to his fascist sympathies in many of his works. Here are six subtle nods to the Fatherland in one of his most popular plays, King Lear, about a great ruler who will stop at nothing to reunite his fractured empire.

O, that way madness lies; let me shun that;
No more of that.

Thought King Lear was just talking about his mental health? Not so fast. Read those lines again, but this time replace madness with Americanism, that “grease stain which is spreading through the whole of European life.” Lear’s authority has been undermined by infirmity, just as Italy’s vigor has been undermined by the effeminate influence of America. Let us all shun that!

Why have my sisters husbands, if they say
They love you all?
. . .
Sure, I shall never marry like my sisters,
To love my father all.

These may seem like the loving words of a devoted daughter, but replace you and my father with Il Duce, and you will see just how much passion Mussolini arouses in his female followers. Though they must eventually settle down to perform their patriotic duties through childbirth, it is obvious why women should wish to save themselves for the most virile and diligent lover the world has ever known. To love Il Duce all!

The hedge-sparrow fed the cuckoo so long,
That it’s had it head bit off by it young.

It’s no surprise that a genius like Scrollalanza understood the importance of the self-sufficient autarky. In this allegory, the hedge-sparrow is Italy, being bled dry by the cuckoo of decadent plutocracies, which greedily consume the Fatherland’s fine wines, oils, and deli meats. The moral: everything within the state, nothing outside the state, nothing against the state.

But, true it is, from France there comes a power
Into this scatter’d kingdom; who already,
Wise in our negligence, have secret feet
In some of our best ports, and are at point
To show their open banner.

Same story, different day, am I right? Covetous by nature, the French will claim the sandals under your feet if you’re not careful. Even as you read this, the foul odor of French decadence sullies the Italian air of Corsica, Nice, and Savoy. But as the hero Giuseppe Garibaldi once said, “there will come the day when an Italy mindful of its true worth will reclaim its provinces now so shamefully languishing under foreign domination.” He who hesitates is lost!

There thou mightst behold the great image of authority: a dog’s obeyed in office.

This great image of authority is clearly no ordinary dog. That’s because it is none other than the she-wolf that suckled the future founders of Rome, the glory of which must be recaptured by conquering the Ethiopian cannibals. To win, and we shall win!

He’s mad, that trusts in the tameness of a wolf, a horse’s health, a boy’s love, or a whore’s oath.

You can say that again, Billy! Here, the Bard warns us of the dangers posed by Bolshevism, Britain, and democracy. How could we stop working while the wild “Bolshevist beast” claws at our door? How could the love of a boy (impotent like Britain, with its low birth rate) be more pure than that of “the man of Providence” himself, Mussolini? How could the rabble of the masses, including prostitutes, be as righteous, as mellifluous, or as thunderous as the voice of our most acclaimed philosopher, singer, and orator, Il Duce?

I bet you’ll never look at Shakespeare the same again. I know I won’t. They say a book and a musket make a perfect fascist. Well, I’ve got King Lear — now all I need is my musket. Viva Il Duce!