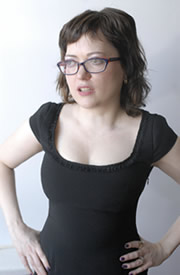 Maud Newton is a writer, critic and blogger. Her writing has appeared in The New York Times Magazine, The Los Angeles Times, Bookforum, The Paris Review Daily and Narrative Magazine, among many other places. She is currently at work on a novel.

Sure, literature will and must respond to the Arab Spring and all the populist energy bubbling up in protests worldwide, but not all literature will, and not all literature can or should. The best novelists write their passions, and passions are by nature idiosyncratic. As exciting and encouraging as these uprisings are, it would make for tedious reading if every writer diligently took them up as a subject.

Think of great 20th century American war novels like Slaughterhouse Five and Catch-22. From start to finish you can tell they were written not out of some abstract sense of duty but from a place of deep personal obsession and brooding. It took Vonnegut twenty-three years to write about the bombing of Dresden; he said he wasn’t “grown up enough” before then.

I can’t write creatively at at all if I think about readers en masse. I do tend to keep one person in mind while I’m working on a story or (personal) essay. Sometimes this person is a reader, sometimes a writer I aspire to be more like, and sometimes both. Often he or she is someone I know, but sometimes the muse is a stranger, quite possibly a dead one (see, e.g., Mark Twain, Muriel Spark, E.B. White). Often the person I’m concentrating on changes as I go. It’s a question of kinship, whatever kind I need to feel to create the thing I’m being pulled toward.

Most people I know, old friends and new friends, read as much and as seriously as they ever have. We hear a lot about the death of reading, but come stand outside my local branch library one night when they put books out for recycling, and you’ll see why I’m unconvinced.

I read criticism of what I write with interest, take what resonates with or is useful to me, and put the rest out of my mind as best I can. Obviously, having blogged for ten years, I think it’s fine for people to put their opinions online. If criticism ever was an isolated or insulated cult, it isn’t now.

Some people are able to support themselves writing literary fiction. I am not one of those people. I work full-time as a legal editor and writer, and do everything else on the side. I don’t foresee a time when I won’t need to work. So writers’ day jobs are a subject of perpetual interest to me. (For what it’s worth, my agent’s advice is not to quit them.)

Many of my friends who write also teach other people to write. I have mixed feelings about the MFA system, but I like that it allows talented writers to support themselves.

Individual expression. But if I have a creed, it’s doubt. I’m by nature agnostic.

I look at books like (my friend) Amitava Kumar’s A Foreigner Carrying in the Crook of His Arm a Tiny Bomb and don’t think it’s possible to generalize.

Over the past ten years, America has been in a state of constant war with a nebulous enemy. This war has extended to fronts throughout the world. Have you considered the question of your opinion on an unending war on terrorism? What do you think the responsibilities of writers in general are, in the midst of unending war?

It’s outrageous, terrifying, and deeply absurd, this endless “war” we’ve launched. The longer it continues to balloon and mutate, the harder it is to know how to respond. March in protests? Post screeds on the Internet? Write letters to Congress? Channel fury into someone else’s satirical musical act? I’ve done these things, though not consistently.

Never mind writers, I believe humans have a responsibility to be fair and empathetic, and to reject any system that doesn’t have those values at its core. What do you do when you live in a country where most people seem to believe otherwise? I’m still trying to figure that out.