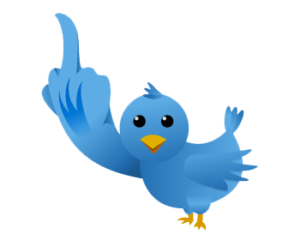 Last night I missed a lecture about the Chicago Manual of Style at the University of Chicago’s International House. I’ve only been a Chicagoan for two weeks, so I’m a little behind the curve when it comes to finding out about these things. I only found out about it today in The Chicago Reader, from a post entitled “Twitter and the Chicago Manual.” Most of the article dealt with live-Tweeting during the lecture and Q & A, Oxford commas, and other minutiae, which was sort of misleading for an article I thought was going to be about the relationship of social media to codified style. That relationship is something I’ve thought about as long as I’ve had a Twitter, since it’s so tough to pin down. Those of us who have spent time on the Internet know that style (and general attention to prose) is a mixed bag: on the careful/caring end, you have Full Stop. On the other, 4Chan. Gallant’s Tweets read like haikus. Goofus’ are willful acts of violence on the written word. Etc.

Ben Zimmer was at the forum – which made me all the more bummed for missing the event – and he provided the only insight I’d find in the Reader about this particular issue:

“There is no Twitter style guide. People are coming up with it on their own, organically.”

Obvious as it is, it’s a point of interest. If anything, the language of Tweets evolves on a course more parallel to that of spoken language than written language, even though it’s all text. Since you’re restricted to 140-160 characters, memes (with hashtags and without) take on the added value that they do in colloquial speech. They, along with other shorthands, fall in and out of vogue both on and off the screen. The result is a kind of Internet Pidgin, optimal for transmitting a lot of information very quickly. The second someone tries to impose some sort of codified style on it is its death knell. The same thing has happened in music: when Jazz went to the academy, the rate of its progress went from a sprint to a crawl.

More than anything, Twitter is a medium that lives and dies by its utility. Given its relationship to vernacular, a manual of style would compromise that aspect. Which is where it gets dicey: at what point is social media for transmitting information, and at what point do we use social media used for transmitting ideas? On the one hand, it is truly expedient and effective for getting information out. The Arab Spring and #occupy movements would have been far less visible had it not been for social media. It’s a conduit between itself and other, more idea-driven places on the web (i.e, the Twitter for a publication Tweeting a link to a recent post). So in those instances, Twitterspeak is necessary. As far as expressing more abstract ideas, Twitter and the language people use in Tweets brings the tension between vernacular and formal style to a boil.

Noam Chomsky found himself caught in the crosshairs of this issue when he made some disparaging remarks about social media back in March. Here’s the one that’s given him the most flak, reprinted in Nathan Jurgenson’s “Why Chomsky is Wrong About Twitter” in Salon (10/23/11):

What does it mean to communicate shallowly? It seems like a fatal mistake to conflate Brief with Shallow. Vernacular thrives on its ergonomic quality, just as Twitter does. Of course, it’s not always appropriate, but neither is formal English. There are good reasons why people speak and write in different registers, and the realm of Twitter is no exception. It’s comical when people get their registers confused (see also: My Cousin Vinny) because it’s a red flag that they’re out of their element.

I don’t mean to insinuate that Twitter should become a grammarless free-for-all (see: 4Chan, YouTube comments ten pages into ANY video). But I don’t think that’s ever been on the table, and that’s a hard pill for naysayers to swallow. If people want to convey information in such a bizarre sphere – and for the record, Twitter is really, really bizarre – let them figure out ways to make themselves understood. Imposing formal style would be too much of a constraint. At worst, people without a handle on the medium become laughable Exhibits A-Z for lousy internet-speak. At best, people’s sorting through linguistic structures in that environment could be great. In another article, this one in The Atlantic, there’s a great (if oblique) Zimmer dig at Chomsky:

Those traditionalists ignore (or distrust) all the ways that social media can enrich the language, in terms of new vocabulary, new modes of expression, and new pathways for innovations to spread.