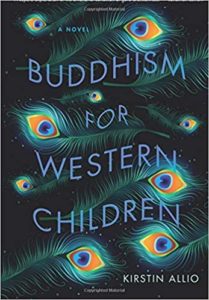 There’s something odd, on the face of it, about a novel sending its protagonist into a therapist’s office. In a medium that excels at careful excavation of interior life, it feels unsubtle, even graceless, for a character to plop down and reel off their thoughts and feelings at one stroke. Even stranger, these disclosures happen in the presence of an interlocutor whose entire job is to elicit and interpret those thoughts and feelings. Surely this is all a little too convenient. It resembles a little too closely the act of novel-reading: one character telling a story, the other listening, analyzing—weren’t we just doing that?

Of course, many fine novels involve therapy (though when I tried listing some I found fewer than I’d anticipated) but none of them, I think, use it in a straightforward way. Instead the author may satirize the profession or exploit its inherent erotic tensions, provide a moment for characters to be misunderstood or misunderstand themselves. Putting a character in therapy simply to allow her to receive advice or come to a conclusion, though, this feels like cheating—a contemporary deus ex machina. It has the anticlimactic feel of a spoiled mystery. What’s worse, it speaks to a brittle sense of character, reducing interior life to a puzzle. When a protagonist becomes the sum of her secrets, she cannot survive without them—and the book can do nothing with their unveiling but end. There are moments and whole genres where this approach might be called for, but they usually find a more dramatic means to achieve their goal. The novelist who uses therapy in this way not only represents a character as a riddle to be solved, but has the gall to give us the answer.

Nearly half of Kirstin Allio’s Buddhism for Western Children, her second novel, transpires on the couch. When the book starts, ten-year-old Daniel and his family have joined a hippie cult in the Maine woods. They are there to live with, study from, and work for Avadhoot Master King Ivanovich, a Soviet émigré and polygamist who claims to be God (he is usually referred to as “the Guru” or sometimes just “He”, capital H). Over seven years we observe the life of the compound, and the ways the Guru controls his starry-eyed devotees, changing up his cod-Buddhist doctrine and practice as whimsy dictates. By the time Daniel, renamed “Jubal” by the Guru, reaches his late teens, he is no longer at ease among the true believers. When he witnesses a more tangible form of abuse, something gives: he flees in a stolen pickup. He comes to rest in Santa Fe, where his vagrancy, through some fluke of local jurisprudence, lands him in the office of a young therapist, Ruth. The second half of the book comprises their meetings, wherein Jubal makes his own roundabout confession.

The book is written in stream-of-consciousness style and quotation marks are not used for the cult members’ speech (characters in “the world” have them), so it’s often ambiguous whether we are reading Jubal’s words or the Guru’s or someone else’s. In effect the Guru is somehow always speaking, always watching, even when he’s not present. “Individuated lives are a waste of time,” he teaches. Jubal has been swallowed by his upbringing, the language says, without a voice or even a clear sense of self apart from the Guru and his world. So it seems to Ruth anyway, and her focus with Jubal, before dealing with any trauma of abuse or neglect, becomes getting him to tell his own story in the first person.

“Should talking to a therapist be the same as talking to yourself?” Jubal asks at their first meeting. The novel answers in the affirmative: very near the end of the book, Jubal says of Ruth, “her face is just for me, a mirror for my face.” In between he narrates, loosely and often in the voices of others. Ruth’s rare interjections are usually to express confusion or to attempt to refocus and redirect her client. While Jubal sometimes projects emotions onto her, Ruth herself feels less like a character than a device for managing, unsuccessfully, the torrent of Jubal’s narrative. His response is almost always to barrel on as if she were not even there.

In the absence of any real analysis from Ruth, what happens to Jubal is less therapy than a peculiar kind of self-help in the tradition of Emerson and Thoreau—with the sly change that self-reliance comes through leaving the woods. Jubal holds the key to his healing, he needs only to speak truly. “Absolve you to yourself,” says the man, “and you shall have the suffrage of the world.” And like all self-help projects, the question of what becomes of those unable to help themselves (those Jubal has left behind, for example) is conveniently overlooked. It points to a meritocracy of the spirit: if you are capable and put in the work, you can find yourself, by yourself. For everyone else it’s the life of quiet desperation.

If this is the case, why bother with therapy? The second half of the novel is already narrated by Jubal, surely he could unpack his life directly to us. There are reasons, it turns out, but they have to do with narrative expediency: Ruth is not just a therapist; she has a connection to the cult in her past. Jubal’s own restoration comes in part from bringing closure to her story. She needs to hear from him, more than he from her. As a twist this taxes belief, but it also undercuts the whole idea of therapy, creating instead an uneasy parallel to the world of the cult. Several of the Guru’s wives also tell stories of a man approaching them with a life-changing revelation. The therapy sessions are not abusive, as the cult was, but Jubal is still manipulating Ruth, maintaining power over her in the form of withheld knowledge—“Let her think she’s leading,” he says, several times.

All talk therapy is predicated on the idea that we cannot see certain truths about ourselves. Often when I try to make sense of my life, I end up rehearsing the same moments over and over from the same angles, in the same language, never noticing the false moments, never learning anything new. If there are patterns, I am not going to find them myself, any more than the map can read its own legend. Someone else is going to have to point them out. Therapy can be, in part, the work of two people together to shape a life into a coherent story, one truer than what we see on our own and, crucially, one from which we can learn. It is possible, yes, to do this alone—sometimes just hearing something spoken aloud or seeing it written down forces a realization—but more often it happens through conversation, the promptings of another, wiser person. Jubal never reflects on anything he tells Ruth, nor does he take anything from her, respond to any of her suggestions. There’s no learning in their time together, just the steady drip of narrative.

The book ends with the strong implication that, having revealed all, Jubal has gotten himself well on his way to healing. Allio says as much in an essay on the background of the novel: “he storytells himself to shore.” A breakthrough, they might call it in Ruth’s line of work. And yet she has almost no part in it. “See if we can find some patterns,” she says to Jubal early on, but if she ever spots any, she keeps them to herself. As we learn that Jubal is portioning out the facts as he sees fit—that is, for maximum narrative impact—the novel moves us, like Ruth, into a passive relation to Jubal’s story. We may gasp when, on the second to last page, he finally reveals the last, crucial piece, but we do not understand him any better. We have learned as little as he has.

That lack of learning suggests Jubal’s suffering is only dust and grime accumulated on the surface of an inviolable spirit. Ruth, like the reader, is simply a witness to him wiping it clean—in her role as a therapist she is superfluous. This is a strange claim from a novel that depicts, convincingly and at great length, the felt experience of severe brainwashing. We are asked to believe that Jubal has endured deep, soul-damaging abuse, and simultaneously that he can deprogram himself without much effort. How this contradiction resolves is unclear. Not even the loss of his family is an obstacle to Jubal’s healing (his feelings about being abandoned by his parents to a psychopath are of surprisingly little interest to himself, or to Ruth). In its headlong rush to reveal Jubal’s secrets, Buddhism for Western Children leaves the reader unsatisfied. Like a good therapist, we suspect something is being avoided. Slow down, we want to say, tell us how that makes you feel.

Mark Clemens is the winner of the 2018 Bodley Head/FT Essay Prize. He lives outside Chicago.