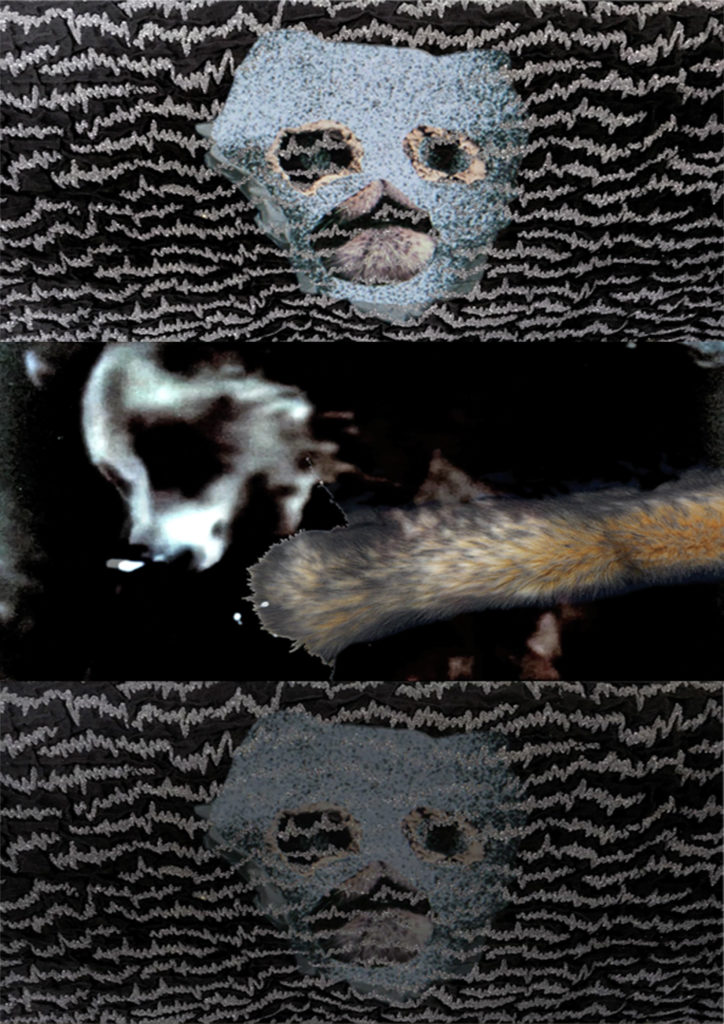 This essay first appeared in the Full Stop Quarterly, Issue #6. To help us continue to pay our writers, please consider subscribing.

The doubled reality of one Marianne Moore poem

If doubling was not solely a method but a form that organizes reality as much as its representations, and the mirroring line was the one dividing the ocean from solid ground, then for each animal kind at sea there ought to correspond one on land. This rule shall be valid for lions as well as unicorns and, in fact, the title sets our eyes on the latter pair, almost necessitated by the former in the first line of the poem. If instead the norm of the double was a quality only of the mind, then imagination would have to work out a bridge to recover the fourth missing kind, here in the second position. Its existence would have to be verified by internal demonstration within the poem. A fleeting appearance or an intermittence of not-quite-reality not-quite-invention would continue the trait of what is already there—lions of the sea and the land and narwhals—with a dotted extension that localizes the exact point at which a cognitive structure bent itself into form.

The sea unicorns are, first, duly defined close to the page, “these”, sharing a Monoceros-nature and then pictured in their mighty, signature move, over there, at sea and in the 1539 map Carta Marina—reporting drawings of yet-to-be understood sea phenomena in the shape of aquatic monsters and inspiring the first half of the poem—“those very animals” disturbing weeds and the circular existence of snakes, who in turn upset maritime traffic. Sea unicorns swim freely, unafraid of their value—consequence of a terrific rarity—and find their sea mates or adversaries, as given in the quartet in lateral correspondence, the sea lions, whose companions worth mentioning would otherwise be only stones and bears, the first ones relevant due to the similarity of their predicated disposition and the latter for assonance with “like” itself. Then the sea unicorns travel off, to Florida, which, according to infamous Mr. Hawkins’ first assessment of it (but in the words of Henry James, really), would teem with both land unicorns and lions, due to the irresistible call to fight that results in one group’s demand for the presence of the other; but mostly so that the quartet can finally be complete and a variety of thoughts on the couples’ mutuality in their possible arrangements can be stated, indeed mutuality—theirs or of any type—proves necessary to the existence of said thoughts: opposition as well as “agreement”, sometimes picking into chorus-like “unanimity”.

Outside of their activities in full-fleshy form, the four have been “remarked” already by a “You”-subject on all sorts of surfaces thanks to their being a “four-fold combination” naturally organizing the space of embroidery, jewelled preciosities, maybe even bas-reliefs on the way back to three-dimensionality, and the space in general. In fairness, the entire poem is a tapestry and terrestrial animals (excluding the axiomatic four) decorate its fret: bears of two kinds, penguins, horses, dogs, snakes, pavons and salamanders, all stylized with one descriptor only.

Back to actual alliances, doubles chase each other westward on the map. On the two sides of the Atlantic Ocean, sea unicorns swimming by Britain correspond to their “rebellious” children at the other end. Something similar is said to be true about land lions and the sea lions in the next western ocean. The point that we wanted to reach is “this” “strange fraternity”, a “kinship [that] involves ambivalence”, between “these” land and sea facing species, lions with lions and unicorns with unicorns, mirroring each other on an imaginary shore line. The form at work is re-organizing the reasons of geographical and historical motifs.

Then the poem focuses on the matters of the land, using as a model an actual tapestry: The lion on his hind legs stands up facing a unicorn reciprocating him in the same position. All this before zooming in on the exceptional, “haughtiest” beast, the unicorn, and switching tracing map, from the Carta Marina to a celestial one, probably Peter Apian’s Astronomicum Caesareum. Also this second map is populated of exotic fantasies but with the downside of suiting Kepler’s description of it: It is as a marvellous waste of time. The map links the stars as dots to compose animal shapes in accord with the Ptolemaic system. It projects human fantasy into the sky, ignorant of the newly-discovered cosmic rules.

Much featured in the myth, the unicorn’s first recorded appearance in Christian tradition dates back to the seventh century, in the tale of an exemplar who rests its head upon the lap of a half-naked virgin, and finds peace for its customary rebelliousness. Then the figure disappears for centuries, a time-span abridged by the reappearance in the same verse, the sense is the one of intermittent manifestations dotting the collective consciousness and the history of folk and religious parables. Miraculously “elusive” “never to be caught,” not alive rest assured, and unique for a variety of feats, starting from the “unmatched device” that preserves it.

In the last episode, to which a larger number of verses is devoted than the previous ones, all of the obsessive bricolage composing the poem accelerates into one tensely calibrated frame right on the verge of snapping, it holds up trembling “upon the map” and “upon her lap”. This chiselled figure portrays two careful moves: the unicorn approaching the virgin and then lying on her flesh, his masculine horn on display. So, the action is little, amounting to a quasi-static content, finally we get to see the unicorn, but the voice is agitated and the image twinkling as if prey to the same sexual tension: of all of the referential material breeding, the “printed page,” the “word of mouth,” the head-turning design of the heavenly dome, more tapestry with splendor and a cloud-shaped dress of Virgin-blue color, snakes, gold, silver and Os, and in the midst of all this, the unicorn “mild wild” accosts the virgin, “wild and gentle” herself, and shakes like a peacock before lying. This one last pair of forcedly twinned souls is of a different sort, historically layered with traditions, it cannot prove the instantiation of the initial axiom.

(indebted to the work of Till Mycha and a painfully detailed research by Adele J. Haft)

Silvia Mollicchi is a researcher and a writer who lives in England.