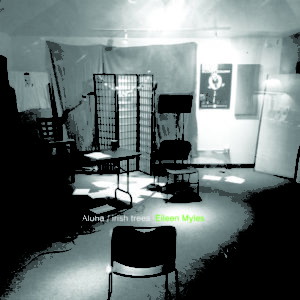 Music’s all right, but I prefer talk: hearing a room, a tape running in real time, ambiance, loose chat, conversation, a reading, a moment played back. I wish Overheard in New York was a durational podcast produced by hidden mics on the A train. I want Siri to read my Twitter feed through headphones so I could walk and scroll, looking strangers in the eye while hearing others in the ear. Warhol was so in tune with tape that he took vows: “I didn’t get married until 1964 when I got my first tape recorder. My wife . . . my tape recorder really finished whatever emotional life I might have had, but I was glad to see it go.” Is there an aural voyeur club to join where we sit at the mall food court and eavesdrop all day?

When I think of poems, I think of listening first. The poetry reading is a theatre with constraints, a live medium with its weight thrown towards audio, making it one of few communal spaces in which visuals come second. In his book Silent Messages, Albert Mehrabian reported that 93% of communication is non-verbal, breaking communication down thusly: 55% body language, 38% tone of voice, 7% words. For example, if you’re FaceTiming, you have access to approximately 100% of your interlocutor’s communicative messages, talking on the phone gives you 45%, texting 7%. At a live reading, I might chose to devote even less attention to the reader’s body, making the experience less like a concert or comedy night and more like listening to contestants on The Voice sing from behind a screen. I’ll oftentimes shift my gaze to floor tiles or a chair leg, attempting to neutralize the visual and rack focus to that elusive 45%, tone and word. Or say, if you were listening at home to Fonograf Editions’s new poetry album, Aloha / irish trees by Eileen Myles, you could control your own visual accompaniment, for instance, as Myles reads her poem, “You,” about computer-related frustration, you could fix your eyes on one of your Mac’s default screensavers, HD landscapes or spinning lines. You could lie back on the couch and close your eyes. Listening to poetry reprioritizes the senses, the recalibration required to read a voice.

Reading the poem “Evolution” on the page means I only get 7%, and while that brings its own delights and set of heightened attentions, I often long for that other layer, to know how the poet says it, in this case, to hear Myles’s lack of pause, to hear her edit on whim. Once printed, poem is product. Aloud, it’s process, in flux, evolving. It converses with the present, realizes an ‘oops,’ and doubles back to transform it to an ‘ah-ha.’ Myles’s vocal delivery marries precision and improv, catch and release.

Upon repeat listens, the album reveals a catalog of such instances, as if it’s not audio but Myles’s stage presence spinning on the turntable: what she says before poems, during poems, and of her turning pages, losing her page. At one point she says, mid-poem, “Oh shit, this one I don’t have the end,” so the last line she speaks is not the last line, creating a space for every audience member to simultaneously write their own in the silence. A transcendent fuck-up. A poem is a loose script; hold your shoulders back and whatever comes out comes out. Myles seems to apply this same logic when organizing a set list. She could curate the perfect blend of old and new poems, layering greatest hits and deep cuts to maximize intertextual resonances, or could just as easily drop the pages on the ground, have her dog sputter around on them, pick up the stack, walk straight to the podium, and be equally happy. She trusts her tone, her presence. Order doesn’t matter, arrogant and beautiful. Side B begins with Myles accidentally reading a poem she read on Side A. “I think I already read this but I’m going to read it again.” No hesitation. Without the thought that an audience might think less of her for reading it twice, Myles embraces liveness. She wings it in complete control.

The album ends outside the venue, on a breezy day, wind in the trees. Another voice speaks indecipherably, to which Myles replies, “Oh yeah,” and then, “I’ll catch up, I have to pee.” No applause, no Q&A, the reading ends outside the venue, overheard, showcasing her off-stage demeanor as equivalent to any assumed persona, a coda celebrating nonchalance. The tape never stops running. More from “Evolution”: “Is it crazy / to be the / citizen who’s / only partially / here. Like / kissing while / your eyes / open…Like / kissing while / your eyes / anxiously are surveying the room.” Does Myles charge past line breaks and periods because of an inability to turn off her antenna? Is she such a keen listener that she can never fully devote herself to the task at hand? She’s “surveying the room,” “only partially here,” part in poem, part live with the audience. Reading one’s own words aloud means having an eye, or an ear, in multiple presents. Or your ears are in one present, your eyes in another. It’s like eavesdropping on yourself.