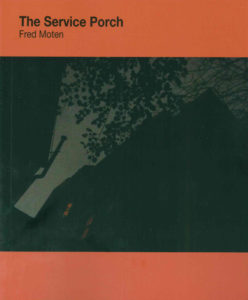 An abdication of political responsibility? OK. Whatever. We’re just anti-politically romantic about actually existing social life. We aren’t responsible for politics. We are the general antagonism to politics looming outside every attempt to politicise, every imposition of self-governance, every sovereign decision and its degraded miniature, every emergent state and home sweet home. We are disruption and consent to disruption. We preserve upheaval. Sent to fulfill by abolishing, to renew by unsettling, to open the enclosure whose immeasurable venality is inversely proportionate to its actual area, we got politics surrounded. We cannot represent ourselves. We can’t be represented.

In Anarkansas, somewhere where “arm raise / apart rule / breaks apart, baby,” there are windows, and “more windows.” Glass dividers, enclosures that invite the looking into and out from of the world of commodities and capital, the domestic and the private, which possess the delicacy and fragility of the soft symbol of property’s hard lines. On the sill sits the “pie.” The object of desire which functions as the setup for the classical, slapstick theft. The tramp sneaking to the window who hopes to tiptoe away with a little slice of the middleclass denied. The setup requires no labor on the part of thief, only a sly quickness to make an item hot again during its cooling process. But what happens to this setup when the window is closed, when the opportunity for the thief to taste the spoils of a wealth unobtainable has been sealed off under glass, the pie becoming the art object of the window display? There are “more windows” and more pies: “(though how I wished / another thing / wishing and wish / but fuckass no”). In this moment, something else displaces this initial desire. The pie is no longer the longed for object within the comedic bit, because there is nothing funny about a simple, final denial of access. Alternatively, with the closed window, the deferred attainment creates the space for a break, a moment of shattering in which property division gasps in fits and starts. With “a little stone / to throw it through,” the window itself becomes the site of contention, its breaking the rush of a something else. The black bloc tactic, the little stone which makes a little hole that shows how weak all those windows are, illustrates a moment of possibility wherein everything is a little/a lot closer:

streets need us there

and point at blue

More is needed in addition to those broken windows. The conditions of sociality in the everyday, the ability to “walk around” and embrace the present conditions of a space lived in and lived through exists as idealism’s now and materialism’s future, where there does exist the desire for the throwing of that “little stone.” The common(s) communism of a moment of collective togetherness already stolen becomes the site for not only smashing more windows but for embracing those ways of looking we already practice, holding on to the intimate moments in which we can build more and different windows and keep them lifted up, in which the pie is once again just a pie, and Marx’s ordinary, sensuous tables have finally stopped standing on their heads, clearing out a little room on the kitchen floor dancefloor. We put on that new, old record and get back to our own groove: “. . . pie / I love you /     bye.”

Fred Moten’s latest poetry collection, The Service Porch, is the concluding volume of his trilogy, preceded by THE FEEL TRIO (2014) and The Little Edges (2014). Split into four sections, Anarkansas, xo, All School Crit, and Coœnoboogie, these poems collected in The Service Porch operate as vitally, vibrantly open works. Immersed in deep seas of negative space, the collection is quiet without quietism, present without presentism. I originally came to Moten’s poetry after spending much time enthralled by his academic essays and full length works. In the Break (2003) and The Undercommons (2013), written with Stefano Harney, both serve as examples of the possibilities for academic work to exist in excess of disciplinary boundaries, illustrating an endless set of combinatory possibilities for revitalizing and reconsidering via textual apposition. Moten’s poetry evinces a poetics similar to that undergirding his prose: a rigorous theoretical expostulation coupled with the sonic and rhythmic undercurrents of the black avant garde. The musical interjection of the onomatopoeic adlib acts as an ever recurrent motif. When Moten writes that “. . . Maybe poetry / is what happens on the bus between wanting and having . . .” in “it’s not that I want to say,” he emphasizes the transient mobility embedded within so much of this collection. Poetry opens up a space wherein even the commute, the cyclical repetitions of a coming and going, becomes novel. The always there undergoes a radical ontological shift in the instant of poiesis. Invoking the “. . . itinerant ensemble arrangement of the 40, and sometimes of the 15 . . . ,” Moten marks the transit routes of “where [he] started studying how to live in poetry.” “its not that I want to say” stands out as the exposition of the work’s interior logic, the manifesto of its coming together through the various kinds of breakings. The “ . . . revision on the edge, where ethics and aesthetics are in parallel / play,” a “kind of homeless shift,” signals the kind of life led in the imagined space of Anarkansas, the infinite regroupings of a serious play invested in a divestment of libidinal energies from the pie as commodity.

Whether or not Moten’s poetry succeeds in accomplishing these goals isn’t a question I’m particularly interested in answering, even if it perhaps seems like such a thing to ask. The poems contained within The Service Porch do not themselves appear all too interested in positing an answer, or a success. While formal experimentation certainly abounds, it rarely struck me as noteworthy. The heft of the text arises from the aural tonalities of its language and its insistence upon the principle of “revision on the edge,” a cut and paste imagined as an act of love. It is one of the few collections of poetry wherein I can barely recall a single memorable, standalone line while simultaneously being unable to shake the effects of reading the text as a whole. For a brief moment of encounter, it has the ability to reshape the tempo of the daily grind, switching up the time signature, riding a different beat than that of the 4 on the floor, motorik drudgery. Moten’s poetry crafts a situation in which the melody stays hidden. He never plays the head of the composition, even if he alludes to the conceptual sphere of the movement. This disconnect is perhaps the greatest difficulty, and I will contend the greatest success of this collection: there is so little language to hold onto, to cup in the hands and place near the ear, to tuck away and to keep: “It’s not that I want to say that poetry is disconnected from having something to say; it’s just that everything I want to say eludes me . . . ” When all of the formulations of linguistic content’s exactitudes elude, once they seem as mythically out of reach as the pie on the sill, Moten opts out to reach for something else altogether. When “everything” is phantasmic and phantasmagoric, the script can suddenly be flipped altogether, rejected in lieu of that drifting gap known only in declination, the pluralistic multitude of movements found in the swerve, in the cut. Moten’s poetic compositions invite us to carve out desire lines of our own making, collectively imprinted in the landscapes, that lead to places of meeting and togetherness unseen and unfollowed by the surveillance of mapping. These new lines are hidden in plain sight right on top of the old. Finding the words for everything, for anything, wouldn’t alone make it ours, that thing we could share: “ . . . But if I / caught it I wouldn’t want it and you wouldn’t want it either.” Instead, poetic (de)construction requires us to forego that catching and holding completely, letting go of the formulas for controlling and ordering, the logics of statehood, capture and discipline. What we build and share is up to us. Even if there are always more windows, there are still plenty more little stones.