The Style Guide: Smooth Tips for Grammar and Love

Have a question, comment, or grammar correction for The Style Guide? Email us to step into the Grammar Grotto. (Questions will be edited.)

Please help! I recently found out that my fiancée does not use Ox**** commas! I thought I knew her so well, but now I am wondering if maybe we rushed into things. I still love her, of course. She is the most generous, patient, and open person I have ever met. However, when it comes to the Ox**** comma, she seems set in her ways. Has punctuation ever come between you and someone you love, The Style Guide? 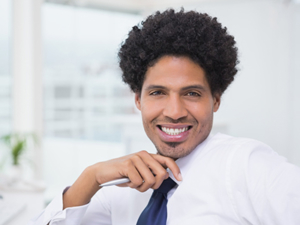 Before I answer your question, Eric (this is the preferred spelling), I must remind everyone that, here at the Grammar Grotto, we use the term Harvard comma. (The Style Guide bleeds crimson.) Now, then, let us turn to your problem. Like the importance of the Harvard comma itself, which I will not waste time reasserting here, the importance of maintaining a consistent house style cannot be overstated. Whether you are a country, a publisher, or a family, a house divided against itself cannot stand. How do you have the grammar talk with your children, inculcate in them the values of clear expression and thought, when, every day, they see their mother glibly and foolishly dismissing such a simple yet powerful tool in the war against ambiguity? How do you teach them right from wrong when something so evidently proper and good is treated with the same moral relativism one might exhibit when choosing, say, a flavor of Wrigley’s?

Do not get me wrong, Eric. The Style Guide is certainly no stranger to schism. My parents were something of an odd couple themselves. My mother is a God-fearing Lutheran, while my father is a devout Methodist, and though I still struggle every Sunday to understand whether the sacraments are literal or symbolic, I do know that when my parents got divorced, I did not hesitate for a second to tell the judge that I wanted to live with my father. A hard, constant man, my father never failed to slap the spit out of my mouth for splitting an infinitive or uttering a preposition at the end of a sentence. You see, at only 7 years old, I already understood what love was. It was not generosity, patience, or openness. It was consistency. It was caring about someone enough to hurt him or her for his or her own good. So, Eric, if you really care about your fiancée, break off the engagement as soon as possible. You will both be off for the better.

Help! A man on OKCupid just messaged me, and I do not know what to do. We have a lot in common. We both love Boggle and Scrabble. We both hate children and dogs. There is just one problem: when describing his penny collection, he mistakenly uses it’s instead of its! What do you think, The Style Guide? Should we hold dating profiles to the same standard as other texts?

P.S.
Does the The Style Guide have a special someone in his life? Are you singular or plural?

Do yourself a favor, Ashley, and block this suitor immediately. The fact that he would use a contraction, let alone misuse one, in his dating profile, his résumé of love, is all you need to know about this man. Do not make the same mistake I made when I graciously gave an online match the benefit of the doubt, despite a blatant diction error in her profile. Unfortunately, it became immediately apparent that this inattention to detail was not an isolated incident. Like a Freudian slip, her solecism turned out to be a keyhole through which her entire chaotic life could be spied. The date began adequately enough. She had a PhD in mathematics, a respectable, orderly field, and had just moved to the area to begin teaching at a nearby university. The evening took a sharp turn for the worse, however, only minutes into our appetizers, when a stray piece of dill, from her salad, took up residence in the corner of her mouth, dancing to and fro with every move of her lips. I excused myself to the restroom three times, hoping she would follow suit and see the grotesque weed for herself in the ladies’ room mirror. After she failed to take the hint, however, I was left with nothing to do but count the many ways a person’s inner turmoil can become manifest on the surface.

Her hair was much longer on one side. Her watch was three minutes fast. Her earrings hung oblique to one another. She was 5-foot-10. She was wearing more makeup than she had in her profile picture. She attended Ox****. She was 32. She owned a television. She ate a piece of tomato with her fingers. She left without having dessert (I hate when women are too obsessed with their weights to enjoy themselves). She had a scar on her elbow. She over-tipped. Worst of all, when I finally confronted her about the mistake she had made in her profile, she insisted that the error was merely a poor attempt at a math pun. I do not know about you, Ashley, but to me, there is nothing worse than a person who cannot admit when he or she is wrong. How else are you supposed to learn? With an attitude like that, it is no wonder that a 32-year-old woman still did not know the difference between a compliment and a complement. Needless to say, going on that date was a huge mistake on my part, a mistake from which you would be wise to learn.

As for your postscript, Ashley, The Style Guide’s personal life is personal. Please respect my privacy.