Prisons, wherever and however they exist, are uniquely clear windows into a culture’s values. Compared to the Scandinavian prison system, for example, the United States’ system — the world’s largest — shows an emphasis on dehumanization, isolation, abuse, and racism. It’s not a coincidence that the rise of the convict leasing system or of the present prison industry coincide with the so-called end of slavery and the beginning of the so-called war on drugs, respectively. Since their inception, U.S. prisons have done much more than perform their ostensible function of cordoning off the nation’s dangerous criminals — they have played a major role in a larger project of cultural exclusion and exploitation aimed at maintaining white supremacy.

So, as cultures mesh, clash, integrate and disintegrate across the globe and as tensions arise between minorities and majorities (religious, ethnic, sexual, or otherwise), prisons, which are often ignored or under-discussed in relationship to other cultural phenomena, can serve as useful points of entry into larger debates and as material reminders of the real consequences of ideologies and polices that can otherwise seem abstract. They help us get a sense of the larger picture as complex, disturbing, and confusing events play out.

The recent murders of cartoonists, editors, and others at Charlie Hebdo is a useful case-study in arguing for the importance of incorporating an awareness of prisons into our understanding of larger cultural conflicts, especially since most media coverage has successfully placed all discussion of the attacks under the limited rubric of freedom of expression and religious extremism.

The New York Review of Books, for example, wonders about the limits of satire. And advocates of a non-religiously inflected world-view, such as Sam Harris, find religion at issue. In a recent podcast, Harris pleads that “the Muslim community world-wide get its act together” and says that Islam “has to get used to free-speech winning.” In the first episode of the Daily Show after the attacks, a teary-eyed Jon Stewart explained that the people who murdered the workers at Charlie Hebdo are not “on team civilization.” If murdering others for your own purposes disqualifies one from being on “team civilization,” then the West certainly wouldn’t be allowed to play on this team, either. The strange hypocrisy in these statements is obvious, but beyond this, the range of the discussion frames the violence of the cartoons and of the gunmen in a way that assumes that Western ideas about tolerance and freedom of speech and democracy are synonymous with the idea of civilization and are always exempt from scrutiny.

It would be easier to stomach the idea that this conflict is about freedom of expression if everyone was granted access to the liberties exercised by the folks at Charlie Hebdo, or if everyone were held equally accountable for violations of these liberties. What we see is just the opposite. Many of the world leaders who participated in a rally in support of Charlie Hebdo are themselves flagrant violators of the right to freedom of expression they claim to defend, happy to detain and jail journalists whose interests differ from their own. Since their actions show their contempt for free speech and freedom of the press, it seems that what they’re marching for when they’re marching in support of Charlie Hebdo is really the maintenance of a certain kind of cultural purity, an ideology of freedom and civilization that doesn’t have room for those who conceptualize their freedom and society in other ways. 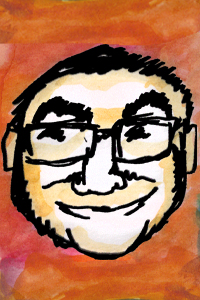 While the building of community across cultural difference in France and elsewhere is not to be discounted, there are some disturbing ways in which France is working to limit freedom of expression for Muslims. France has banned Muslim women from wearing burkas, for example, and, in a turn of phrase that would make even the most seasoned practitioners of doublespeak blush, called it a “victory for tolerance.” The situation is messy and complex, with Muslim and anti-Muslim extremists each fueling the other’s fire. Even as we continue to ponder the boundaries of acceptability and the plasticity of those boundaries, it is clear that the “free speech” Harris and others like him hold in such high esteem is being withheld from some people. President Hollonde is now working to increase surveillance of Muslim neighborhoods. So, Muslims can be made to feel uncomfortable and unwelcome by those who intentionally violate their boundaries of acceptability, but if Muslims do they same, through practicing their cultural values, the same rules do not apply. Whether or not one thinks some aspects of Islam are valuable (and there is a real debate to be had over how people ought to live), Charlie Hebdo‘s intentional provocation seems less about critiquing Islam in any substantive, thoughtful, or meaningful way and more about reaching for shock value and the assertion of one culture’s dominance over the other. Even if our ideas about denigration differ, shouldn’t all people be free to live in a society that doesn’t denigrate its citizens, and denigrate them shameless and calculated ways?

If some people are freer than others in society at large, it is worth looking at the prison system to see if, within its confines, these differences are amplified (as we might expect them to be). What we find in France’s prisons is not surprising. In the same way that U.S. prison populations serve to showcase the culture’s racist attitudes and policies, “sociologists and Muslim leaders say the French prison system reflects the deep social and ethnic divides roiling France and its European neighbors as immigrants and a new generation of their children alter the demographic and cultural landscape of the continent.” It must be hard to understand other cultures and engage with them in productive ways when you, yourself, think you have total ownership over all that qualifies as civilization.

Not surprisingly, the result is to simply do away with the difference. That’s what France seems to be trying to accomplish, in part via its prison system, in which “about 60 to 70 percent of all inmates . . . are Muslim . . . though Muslims make up only about 12 percent of the country’s population.” And for those not yet locked away in prisons, “government social policies in France have served to isolate Muslims in impoverished suburbs that have high unemployment, inferior schools and substandard housing.” The result is the creation of “a generation of French-born children with little hope of social advancement and even less respect for French authority.” In light of this reality, the cartoons become more than just cartoons, they become one representative artifact of one culture intent on excluding and mocking another. And on top of this, the French press would like to defend its right to degrade and abuse Islam in ways designed to achieve maximum offense. Even if we accept the idea that anyone ought to be able to mock whoever they want with impunity, we might still as what is motivating the desire to do this.

If we are going to get close to understanding the attacks on Charlie Hebdo and the much, much larger history of which they are a part, these considerations might serve as useful starting points. It’s not just about Islam, it’s not just about fringe Islamist groups, and it’s certainly not just about cartoons or free speech. A desire to offend and marginalize seems to be at the heart of some of the content produced by Charlie Hebdo, and it is certainly at the heart of the prison system. If the U.S. claims to be colorblind or “post racial,” the people in its prisons show these claims to be false. France, and many others in the West, claim that their treatment of Muslims is based on the upholding of basic, universal values, but their actions against Muslims and others across the globe should lead us to question these claims.

We should hope that the desires reflected by the prison system and by offensive cartoons don’t represent the true feelings of most French any more than the gunmen represent the true feelings of most Muslims, but sales figures for the first issue of Charlie Hebdo since the attack, combined with the sharp increase in Islamophobic violence across France, is almost enough to dash this hope.

What’s clear is that many countries are divided in two: the (mostly) free, and the imprisoned. What’s important to notice is that the version of itself a country presents to its people and to the world looks much different from the version of that country represented by those in its prisons. It’s not until we consider both versions that a clear image might start to emerge.

Lifting the Veil: Behind the Sacred Text of Islam