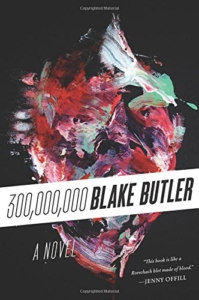 The detective story, maybe more than any other genre, highlights fiction’s tricky relationship with knowledge. Traditionally, the genre is equal parts suspense and succor; embedded in every narrative delay and stray clue is a reminder of all the things we don’t know but also the comfort that the truth is on its way. As Dr. Watson notes during one case, “I confess that I was filled with curiosity, but I was aware that Holmes liked to make his disclosures at his own time and in his own way.” Watson’s confidence in Holmes, of course, mirrors our larger confidence in the literary form. In this kind of fictional universe, crime’s chaos may rule for a while, but we know that by story’s end, Holmes (or Poirot or Miss Marple or Olivia Benson) will be ready to settle in to a proper dinner, having answered every question.

Over the last century, the genre’s tidier epistemological qualities have been thoroughly mucked with; Beckett, Auster, Borges, and countless others have written detective stories without proper solutions. In these revisions, the questions the genre once posed and answered itself get turned outward on to the reader. With no neat solution (or resolution) we’re forced to ask ourselves what exactly we wanted from the story in the first place and why we ever assumed we should be able to find it.

Blake Butler’s latest novel, 300,000,000, begins reasonably enough as a detective story, though it doesn’t stay reasonable for long. The book opens with a manuscript found at the house of Gretch Nathaniel Gravey, “a forty-five year old Caucasian male” who’s under arrest for serial murder. It’s a manic, terrifying document. Gravey’s sentences shake with Manson-like non sequiturs and shifts in perspective. His account of the house turned charnel teems with grisly details: the cannibalism of numerous women, a cult-like recruitment of the neighborhood’s aimless kids (“My slow bone boys,” Gravey calls them), and the exhaustive process of lining the house’s entire insides with mirrors. Gravey also mentions “Darrel,” the mysterious figure who presumably sparked the initial killings and who has hyperbolic plans to kill more. “[E]very body in America must die,” Gravey reveals, “must be killed at once and all together at our own hands.”

Tasked with Gravey’s case is Detective E. N. Flood, a cop as “American as a strip mall.” At the start, Flood’s interjecting footnotes and interview transcripts attempt to give order to Gravey’s murder diary. But as his investigation goes on, things very soon unsettle. The massive haul of video and audiotapes taken from Gravey’s house is completely blank; Flood gets feverish if he looks at Gravey’s handwriting for too long; he discovers the case’s first detective mysteriously disappeared; while reading Gravey’s manuscript at a hotel one night, Flood answers a knock at the door and finds a photograph of himself in the very same room. Flood also can’t deny an increasing attraction to Gravey’s mirrored, black house. As he combs through the crime scene, hoping to come closer to a solution, he feels the building emanating something, though he can’t nail it down:

At the same time, having spent dozens of hours in the house by now looking for answers as to the nature of this whole machine of events, certain of Gravey’s enunciations have in some subtle way in me seemed to ring true: as if there is something more about the spatial dimension of the building and what would come to wake inside it than one might gather simply looking. I can’t fully explain it as yet.

Flood never does fully explain it. Neither does 300,000,000. And about halfway in, the novel dilates like a nuclear blast. Gravey’s arrest, trial, and execution spark a pandemic of American death — everyone dies ­— but soon even that storyline fades, focusing instead on Flood’s oneiric journey through the corpse-filled City of Sod (which he finds in Gravey’s house behind a locked door “centered on the kitchen’s northwest wall”).

Sod is Butler’s vision of America. Flood’s slow going through the bowels of Gravey’s house proves an infinite chain of apocalypse, an unrelenting catalog of language and death. “In total death, at last,” Flood tells us, “all bodies appeared stacked up neck-high across the landscape, dead as fuck.” (332) In Sod he sees the bodies of dead masseuses, dead homemakers, dead carpenters, dead grade school teachers, dead artists, dead mimes, and dead surgeons. In one spiraling chronology, all of America becomes a horizonless succession of invention and murder:

Coupled with this epic chronicle of national ruin is the story of Flood’s personal disintegration. On the looking glass’ flip side, his identity wavers, then fractures completely: “I knew my name was or had been Flood but could not say it and it no longer felt like language.” Scenes from his past life appear briefly — Flood has multiple encounters with his dead wife — but soon dissipate. The novel seethes across its borders to contaminate the reader: “Even you were not free of this infestation, however kind you felt you’d been.” Flood, Gravey, Darrel, and multiple other voices converge, accreting into a rattling, wordy, and disembodied narrative presence whose source is unclear and whose function rests solely on its ability to bear witness to nightmare: “I can’t do anything but see.”

Throughout all this, Flood, like any good detective, tries to put order to the hyperbolic crime scene. And even in his most vertiginous moments — at one point he sees himself on a videotape that he’s watching of himself watching a videotape — he hopes to establish some stable point of origin, to find the prime mover responsible for all of Sod’s fluctuations: “if this is a tape I am awake in, there must be somewhere else a full machine that plays the tape; if there is a machine that plays the tape, there should be a hand that puts the tape in and presses play; there must be a room around this room the image enters, there must be eyes.”

That stability, of course, is nowhere to be found, ­and if we’re smart, we’ll stop looking for it. Gravey’s crime has no solution, and Flood’s dissipation is really more about those things that have marked all of Butler’s fiction up to this point: sound, recursivity, and space. 300,000,000 doesn’t progress as much as it constricts and expands, thrums and swells like a neoplasm: “Any distortions in the story are the story.” Its physical spaces exist as both a container of and witness to our actions. It’s claustrophobic to be in a field of so much repeating death, to be faced with page after page of endless chatter; the voices here amplify and never let up. But a unique kind of exhilaration sets in when you relent to the waves of atmosphere and dread, the music and menace that pulse through Butler’s sentences with a centrifugal force.

The buzzing spaces of 300,000,000 are speaking something. “It was my own voice that I heard beyond me, saying nothing,” Flood says at one point. Embedded in his encounters with himself amid piles of corpses is an ambitious attempt to breach the sublime with the flood of language in this novel. In its fractured scenes, the sheer propulsion of its lists, and the aggressiveness of its approach, we catch a brief glimpse into the chaos of death — both its wondrous music and its dark terror ­— that pulses inside everyone:

Just as I could not escape death as an idea by hoping only to live on in my private memory alone, what slaved beyond death remained constant in us all, and could not be granted without the false originalities of massacre and aspiration having been at last truly compressed beyond the idea of any person: image or language, never or now.