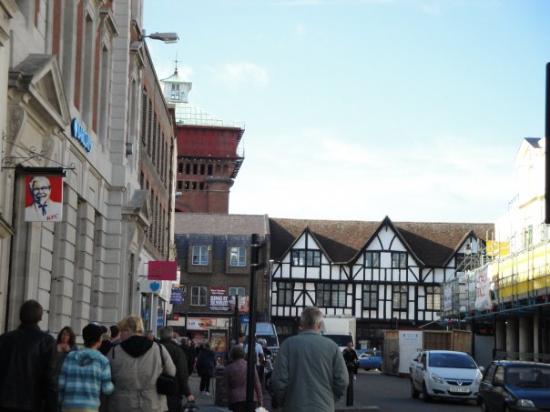 “Only foreign lands teach us what we have at home.”

Theodor Fontane, the 19th-century German writer, published five volumes of travelogues recounting his wanderings through his home state of Brandenburg — the unassuming, marshy landscape that surrounds Berlin. But it took his traveling away from home for Fontane to be awakened to its beauty. Fontane was inspired by a visit to Loch Leven castle in Scotland, “an old Douglas castle . . . of song and legend,” which is situated on an island in the middle of the titular Loch. Viewing the castle from across the water, Fontane also saw, floating above the lake like a mirage, the image of the similarly-situated Rheinsberg Castle in Brandenburg. And Fontane realized that, although he had travelled all the way to Scotland to see this castle, it was really no more beautiful than what he had previously taken for granted in his own backyard. As a result of this experience, Fontane became committed to unlocking the secrets of the familiar country that he was rooted in.

When you get into Colchester on the train, you are greeted with a sign that states “More than Britain’s oldest recorded town.” And so obviously the joke goes: “Yeah, it’s also Britain’s newest recorded shithole.” When I first moved to Essex to do my PhD, I didn’t want anything to do with Colchester. I would live in the village of Wivenhoe near to the university’s campus, and I would treat everything in between Wivenhoe and London (about an hour away on the train) as essentially dead land, a mere obstacle. In Colchester, all I saw was another crappy provincial ‘large town’ — reminiscent of Southampton or Basingstoke, the pair of which I’d grown up in between and never once enjoyed visiting either. And indeed not just another town like Southampton or Basingstoke but one in a truly substandard condition of repair: the sort of place with a sad, faded former Pizza Hut occupying a prominent position on the High Street. Worse still, the whole place was being badly haunted by the planning mistakes of past generations: from the Victorian residents whose suspicion of the railways led to the main train station being placed well outside of the town centre; to the 1960s planners who built the borderline unnavigable network of ringroads that surround the place like a noose. This trend of mismanagement has continued to influence town planners in Colchester through to the present: in 2011 the town erected the giant white elephant FirstSite arts centre, a place that attracts the majority of its visitors by offering free and well-maintained public toilets, but doesn’t seem to play host to much actual art (when I went there the other day researching this article the only evidence I could find of anything going on was a ‘Minecraft printing party’, which frankly just sounds like a #gamergate front). 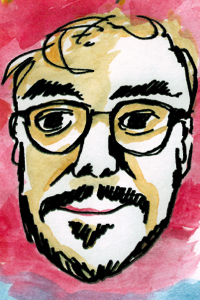 Tom Whyman is a writer and academic philosopher from the UK. He writes a monthly column for Full Stop about architecture.

But to dismiss Colchester simply on the basis of its real and evident crappiness would be far too quick. Colchester might not be perfect, but as with Essex more generally, its harshest critics tend to be people who simply haven’t made the effort to understand it. Initially, Colchester quite rightly seems shabby, ugly, and like there’s nothing really there: but the surface, at least this once, is an illusion. Looked at with the right eyes, Colchester emerges from the chrysalis of its crudeness to take on the aspect of fragmented beauty.

Exactly as you might expect from any town that has — just as a point of fact — been there longer than any of the others in Britain, there is an awful lot of history in Colchester. Wander a little off from the High Street and you can find yourself looking at, for instance, the largest surviving castle keep in Europe. It is built on the foundations of the oldest surviving Roman stonework in Britain, and not too far by foot from Britain’s largest surviving Roman gateway, which also happens to be flanked by the wall that may (or equally very well may not) be the wall referred to in the Humpty Dumpty legend, that the big philosophical egg falls off.

The problem really is that the history in Colchester does not form itself into discrete chunks that can be engaged with by the average tourist straightforwardly, that have been well-preserved simply as what they are — and so can be easily admired accordingly. In Colchester, the history tends to be all piled up, one era on top of another, symbolized in the fact of the Norman castle having been built on the foundations of the Roman Temple of Claudius. So the Balkerne Gate (the old Roman gateway mentioned in the paragraph above) has a pub built into it, whose balcony now boasts striking views of the ring road. And just behind the pub is a giant Victorian water tower (named ‘Jumbo’, after the famous elephant). Or the 15th-century St John’s Abbey gate, which looks for all the world like the run-down shell of an entrance to an Oxford college, leads from a residential street into the car park for the army officers’ sports club (Colchester is also a major garrison town). Behind the one-platform train station that serves the center of the town, you can see the ruins of a second medieval abbey, now neighboring a Chinese supermarket. Next to the police station on Butt Road, the foundations of a small Roman chapel can be seen. The 11th-century St Helen’s Chapel (now the base of Colchester’s Orthodox community) stands at the end of a row of early 20th-century terraced houses; one of which was built on the grounds of a Roman theatre, and dedicates its ground floor to a historical diorama, which can be seen by peering through the window. From out of the window to the floor above, we saw a woman leaning out to hang up her laundry.

Of course as you walk through anywhere, you are always simultaneously walking through the sedimented history of what has occurred there. But few places manage to make explicit what it is to be doing this better than Colchester does. Whereas most places with substantial built heritage (as I’ve pointed out above) tend to present this heritage in discrete and well-ordered chunks that give the impression of having never been altered since their moment of inception, the mish-mash of Colchester’s architecture makes it impossible to think about it except in terms of how it has changed over time. The paradox, of course, is this making-explicit of the process of historical sedimentation can seem to obscure the objects themselves — you could not just put the sights of Colchester on a postcard and expect them to look as impressive as, say, Chartres Cathedral does. They don’t even typically look that impressive from the street. And yet it nevertheless remains there somewhere, waiting to be unlocked. So while I definitely think that we could still classify Colchester as a shithole, we would also have to admit that, precisely because of the sort of shithole it is, it is so much more than that as well.

But just as for Fontane, for me it took moving away from the area I’d made my home in order to realize what it was really worth. Earlier this year I spent six months living in Berlin, and whatever else was good about those months, in terms of place I felt, well, displaced. In part this was because of the language. But I also had a real homesickness for the area I had left behind, where my life followed a fairly set routine that I was comfortable in, that made sense for me and allowed me to get as much work done as I wanted. Berlin was too big and there was too much going on, too much in it to engage with for me not to feel constantly shaken up, even if one effect of this was that I ended up spending more time in my room. But of course, that has to be at least part of the point of moving to another country — to experience something other than what you would if you’d stayed in the same place. But after I had spent a few months there, I started longing not just for the comforts of home, but for the rather more modest, and usually less obvious (although Berlin is not always the most obviously impressive city either — at least as cities of its size go) points of interest that were to be found there, which previously I had taken for granted. And so when I returned to Essex, it was with eyes ready at last to see it in the light of discovery.

But then, maybe my view of Essex is not the truest one. Maybe what I’m seeing now is really just wishful thinking. Like two friends whose comfortableness with one another develops into sexual attraction, maybe I’ve just as it were decided to see Essex as being (in a certain sense) fascinating because it means that, if I did, I could combine my desire for exploration and adventure precisely with my need for security and routine. But then again, even if it is just an illusion, it is certainly true that I think I appreciate my home more now for what it is. So perhaps being able to combine security with the element of adventure is just part of what it is to feel at home somewhere.