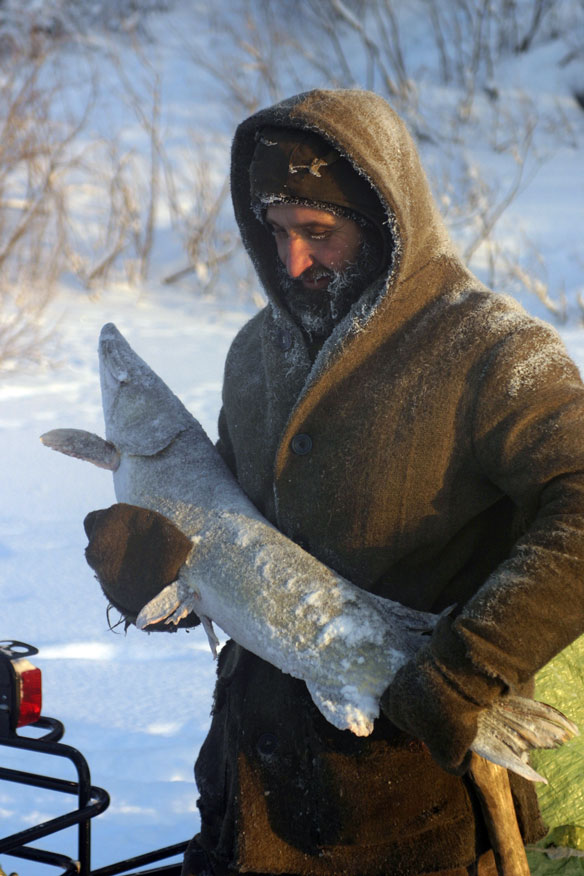 If I lived by a big forest and had a lot of time on my hands, I would spend my days foraging mushrooms, and I think it would make me very happy. I would take the mushrooms home and pickle them myself, and then I would eat them as a chaser to my own home-distilled vodka. My friends and I would clink glasses, enjoying the knowledge that the bacteria I had lovingly cultivated would soon be cheerfully churning in our guts. Our bellies would be warm, our hearts full, our ruddy cheeks glowing with pleasure — filled with energy to go chop wood and build a house and do whatever else needs to be done to survive in the wilderness.

Like many in my generation, I sometimes find myself entertaining fantasies of subsistence living. Back to the land, away from the screens and the push notifications, not hurting anyone, not taking part in any systems of exploitation — just me and my mushrooms.

Who could have predicted that this would be where the future would take us? That these would be the fantasies of a 21st century 27-year-old? I can tell you one person who did not. On this week’s Slate “Culture Gabfest,” hosts Dana Stevens, Stephen Metcalf, and Julia Turner discussed how Isaac Asimov, extrapolating the future from 1964, was way off the mark when he imagined what our relationship with food would be like in 2014. Writes Asimov:

Gadgetry will continue to relieve mankind of tedious jobs. Kitchen units will be devised that will prepare “automeals,” heating water and converting it to coffee; toasting bread; frying, poaching or scrambling eggs, grilling bacon, and so on. Breakfasts will be “ordered” the night before to be ready by a specified hour the next morning. Complete lunches and dinners, with the food semiprepared, will be stored in the freezer until ready for processing. I suspect, though, that even in 2014 it will still be advisable to have a small corner in the kitchen unit where the more individual meals can be prepared by hand, especially when company is coming.

Instead, we long for the tedium. Everybody needs a break from efficiency sometimes. But there is something charming about a conjecture proven so wrong, and so I would like to take a moment to indulge in Asimovian folly and make my own predictions for 2064.

This week North Americans learned, seemingly for the first time, what happens to liquids at subzero temperatures. And although the Great Polar Vortex of 2014 may be waning already, it seems likely the future will hold many more of these rifts in continental temperature barriers.

If Do-It-Yourself culture continues to gain appeal as fast as climate change lays on the chaos, we will need to look to the hinterlands for both practical guidance and hints about the fashions of the future. I recently watched Werner Herzog’s 2010 documentary (directed in collaboration with Dmitry Vasyukov) Happy People, which follows a few Siberian fur trappers over the course of a year, and let me tell you: when Celsius and Fahrenheit converge, Gennady of Bakhtia does not waste his time tossing boiling water into the air just to see what happens. He spends his summers hacking trees into fur traps, his dog can run without stopping for hundreds of miles, and he doesn’t blink an eye when a snow drift causes half of his cabin roof to collapse in the middle of winter. It is impossible to watch Happy People and not feel at least a little bit awed at how good these fur trappers are at living where they live, how carefully calibrated their existence is to their harsh surroundings.

If things around here are going to start looking quite Siberian more often, if global infrastructure starts to creak under the pressure, it might be wise to take cues from Gennady. In fifty years, relegated to the centers of the continents because of flooded coastal cities, the next generation of twenty-somethings will likely be indulging in the joys of making artisanal skis instead of artisanal kimchi.

Now is probably a good time to start practicing. And remember: “A good wedge is man’s savior.”