Assimilation versus Liberation in Queer Publishing 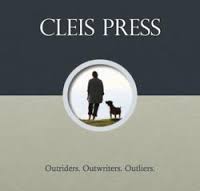 “Lesbians Who Eat Their Young: How Sarah Schulman and I got the boot from Best Lesbian Erotica 2014,” was originally published at Pretty Queer and is excerpted below:

In June of this year I sent out a story to be considered for Best Lesbian Erotica 2014, a popular anthology put out by Cleis Press. The largest independent queer publisher in the US, Cleis has established itself as the de facto clearinghouse for lesbian erotica. BLE’s call for work had no content constraints, no limits on subject matter, and so I assumed the bottom line was simply whether or not the words on the page had the power to make the clit jump. I could not have imagined the tangled internal politics that would ensue, nor could I have imagined that those politics would culminate in the censorship of my work. The fight with Cleis is emblematic of a broader schism in the queer community, one that calls up all the old questions of assimilation versus liberation.

The story I submitted, called Cottonmouth, was inspired by a scene from Truman Capote’s Other Voices Other Rooms that had never left my head, in which two teenagers have a freaky encounter with a snake. I took this scene and ran with it. Cottonmouth is about two teenage cousins who go for a walk in the Mississippi woods to escape the afternoon heat, and end up face to face with the mystery of sexuality, of nature, and the myths created about the two. The story was accepted by the guest editor, Sarah Schulman. While Sarah loved it, she had a tussle with the publishers about whether or not the story’s focus was “bestiality.” Sarah’s position was: “So what?” Cleis had no real argument against her, so I received a contract and went through line edits. I was excited and looking forward to coming out to my mother as a pervert all over again. (I finally settled on an email with the subject line: Congratulations! Your daughter is a published pornographer!)

Two summer months slipped by without incident. Then August came, and I received another e-mail from Sarah saying that Cleis Press, the publisher of Best Lesbian Erotica, wanted to remove Cottonmouth from the collection because the characters were underage, claiming that Cleis faced “legal vulnerability”. Sarah, whose novel The Child, about a sexual relationship between a 15 year old boy and a 40 year old man, faced no legal consequences immediately recognized this as censorship and wrote: “I cannot permit this and will go to the wall.” After some wrangling, it was decided that the story would be sent to the newly appointed Publisher of Cleis, Brenda Knight, who would review it to determine whether she thought the Press would in fact face legal vulnerability. Having never had to deal with issues of legality in my work before, I panicked. But after spending some quality time brushing up on US obscenity law, it became clear to me that there was indeed no legal issue with my story. Cottonmouth simply made Cleis Press nervous. But why?

The whole story  is well worth the read.