So Much I Don’t Know 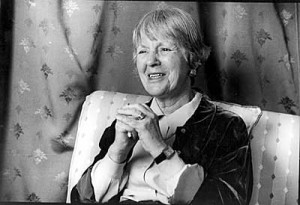 In 1956, a young newlywed named Elizabeth Warnock Fernea traveled to Iraq with her husband, a field anthropologist.She knew no Arabic, and very little about the Middle East.Ten years later, her book about her experiences with Iraqi women, Guests of the Sheik, helped to make her a pioneering female scholar in the field of Middle Eastern studies. She taught at the University of Texas for 24 years, during which time she served as the director for the Center for Middle Eastern Studies, the chairwoman of the Program in Women’s Studies, and the President of the Middle Eastern Studies Association.

Today we introduce guest correspondent Roanne Kantor. Roanne writes to us from Bihar, India, where she is assisting her husband, Hayden Kantor, with his anthropological field research. I invited Roanne, a scholar (like Fernea) at the University of Texas, to write about her experiences in the field. She suggested using Fernea’s groundbreaking book as a foil for her own experience.

How is your experience similar to Fernea’s?

Roanne: Like Fernea, I came to this field site not as a trained anthropologist but as a dutiful new bride: my husband left for India two months after our wedding. Here I am following him to do the job that he can’t: spying on the ladies. Like the Ferneas, we’re staying in a one room concrete “house” with a latrine out back. Our first family home.

Here women no longer go about veiled, although their foremothers in the era of Fernea’s research most probably did. Working on their rooftop kitchens, drying cow patties for fuel in the back yard or taking a moment to relax on the front stoop, these women are visible to those outside the house, but after marriage they are hardly allowed to actually leave its confines. Their aspirations are very much the same as the women in El Nahra. And I am very much the same as Fernea.

We spent a really long time agonizing over whether I would be able to join Hayden at his field site and under what conditions. At first it was a huge head trip for me that my purpose for traveling to India, my funding, and even my visa status were all dependent on my husband. (I’m being literal here: my ticket was paid as part of a “dependent stipend.”) I wondered if other academics would take me seriously, or if I could even take myself seriously in my role as a “helpmeet.”

Now that we’re in the field, our marital status is at once the most conformist and the most radical aspect of our lives. Conformist because marriage is perhaps the single most important social event and status in the lives of these Bihari villagers, just as it was for the women Fernea studied. Radical because what we mean by marriage and what they mean is almost inconceivably different.

The idea that a woman would be pursuing the same level of educational and professional attainment as her husband, that she would share household duties equally with him, and that their primary attachment would be with one another as opposed to other, same-sex members of their extended household — these are totally alien notions, not only to marriage as it is practiced here, but even to what these women hope for in their marriages. It’s not that American-style marriages are something everybody wants and simply can’t have; instead, ours is one model among many. Being here with Hayden makes me value our model more than ever, but that doesn’t mean that other women in the village would feel the same.

How do you balance your own social views as an American with your efforts to be culturally open-minded?

I don’t want to minimize the many problems faced by these women, and I’m not such a cultural relativist that I can wave away what I perceive as major gender-based discrimination in everything from education to healthcare to access to basic necessities like food. But if you focus only on those problems, you do them an additional injustice by overlooking the real richness of their lives.

Can you give a specific example of that conflict?

Here no matter what you wear, it’s subject to interpretation and critique according to Byzantine mores of feminine appropriateness here. But my status as a newlywed female makes me an object of special attention above and beyond that of the unexpected American novelty. Every day women stop me in the street:

“Why haven’t you painted your nails?”

When I paint them: “Why didn’t you paint them a darker shade of red more appropriate for brides?”

“Why don’t you wear a bindi on your forehead and a line of red color in your part? Don’t you know that’s how you are recognized as a married woman?”

When I color my part: “why did you make it so short? Don’t you realize it represents the long life of your husband?

“Why don’t you wear some bangles?”
When I buy some very pretty bangles from the nearest city: “Why didn’t you buy glass bangles? Don’t you realize only glass bangles are pure and lucky for a married woman?”

When a friend mashes glass bangles onto my hand so small that I literally cannot take them off again: “Why did you buy green ones? Don’t you realize green is only for the rainy season?” When I finally get one off, so that there are an even number on both hands: “Why are you wearing an even number? Don’t you realize the extra represents the long life of your husband?”

When I replace the missing bangle: “Why are you wearing an odd number? Don’t you
realize it looks funny?”

There is so much I don’t know.

With thanks to Katie Logan