The Rise of the Lecherous Professor (in Fiction) 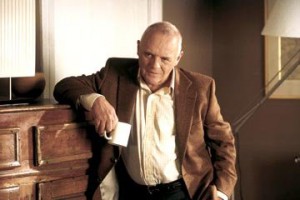 He’s crusty, grumpy, aging, and set in his outdated ways. He’s a he. Mortality is on his mind, and his will to bed women a fraction of his age increases in direct proportion to his fear of aging and death. He is, of course, the Humanities Professor archetype, and he is everywhere these days.

Everywhere in literature, at least. The real-life (co-ed) professors I know are generally quite content — as well they should be, having achieved the Holy Grail of a tenure-track job or even (gasp!) tenure. The middle-aged professors you read about in novels, on the other hand, are miserable and seem frankly intent on destroying themselves.

Well, that isn’t quite fair; it’s more like they are falling out of step with the outside world and choose to self-destruct rather than conform. Consider history professor Godrey St. Peter of Willa Cather’s 1925 novel The Professor’s House,  a primogenitor of the depressed-professor genre. Poor Prof. St. Peter falls into a profound funk when his family moves to a newer, fancier home: deprived of his long-time study, St. Peter can’t remember why he ever thought life was worth living. In more recent examples — think J. M. Coetzee’s Disgrace (1999), Philip Roth’s The Human Stain (2000), and Zadie Smith’s On Beauty (2005) — the university bureaucracy overtakes domestic space as the depressed professor’s prime enemy.

Though I like many novels that take professors as protagonists, I find the trend of academic novels annoying. Depressed professors just seem so damn convenient as rhetorical devices that I can’t help feeling the author is taking an easy way out. Here’s a list of the protagonist-professor’s uses, in case you’re ever feeling inclined to write your own prof-lit novel:

1. Passion: Humanities professors generally have (or had) an intense passion for their subject. Tracking that passion — watching it dwindle into cynicism, for example — makes for a handy narrative. It’s probably challenging and not much fun to write a character who has never loved anything, though of course some brave writers have tried (I’m looking at you, Camus).

2. Aesthetic appeal: The specific nature of the professorial passion (poetry, music, art) adds instant intertextuality to any novel. If the professor-character loves poetry, the author has a readymade excuse to muse on his/her favorite poems. This is especially important in contemporary fiction, whose narrators, if third-person, tend to stay invisible and to adhere closely to the actions and thoughts of their characters. So if the characters of contemporary novels aren’t thinking about poetry, no one gets to think about poetry.

3. Moral complexity: Having a passion is generally applauded; it’s easy to sympathize with depressed-professors’ love of Byron or Rembrandt. It’s equally easy to recoil at their (apparently inevitable!) advances on their alarmingly attractive students, whose physical attractions parallel the aesthetic attractions of Byron, Rembrandt, etc. So the reader has to deal with an appropriately messy portrait of the depressed professor. You’re never quite allowed to like or despise him; instead, you are constantly forced to remember that he is Just A Flawed Human trying to come to terms with the Confines of the Human Condition.

4. Taking on the U: Instant conflict is available when the author has the seemingly-benevolent, sheltering institution attack the professor-character. In The Human Stain, Prof. Coleman Silk is denounced for an instance of what seems to be racism; in Disgrace, Prof. David Lurie has to confess his lecherous deeds at a rigid faculty hearing. The man vs. The Man conflict serves two narrative purposes. First, it sets passion (of the animal and intellectual varieties) against bureaucracy. Professors toil largely alone, with books and their minds as tools. The depressed-professors resent having to explain themselves to the institution, which they see as a cold, non-human counterpoint to their own lustful, entitled humanity. Second, the institutions change while the aging professors are anchored to the past. So the conflict reminds us that the professor is old, outdated, facing decline and death.

5.  The U!: Finally, and most practically, professors are convenient protagonists because most writers writing today are, or have been, associated with the university. Coetzee, Roth, and Smith, for example, have all taught at various institutions of higher education and therefore have firsthand experience with academic life (though of course I don’t know if they’ve encountered depressed-professor types in real life).  Perhaps in choosing professors as their protagonists, these authors are following the advice so often meted out from fiction professor to fiction student: write what you know.