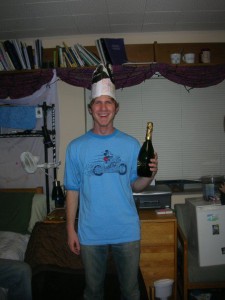 The New York Daily News and Detroit Free Press have both picked up this particularly disturbing AP article about the practice of employers asking for prospective workers’ Facebook login information. It’s commonplace for employers to friend potential new hires — a practice I find unnerving and intrusive — as either a substitute or addendum to a background check. But asking to actually log into someone’s profile and look at the info as “User A” seems like a completely unreasonable request. To consent would go beyond allowing job searchers to look at damning pictures from Spring Break, Burning Man, or a routine Friday night; common sense dictates that if it’s incriminating it’s probably not a good idea to post anyway. Searchers would have access to private messages, and the profiles of friends who want their information kept private from prying eyes.

‘”It’s akin to requiring someone’s house keys,” said Orin Kerr, a George Washington University law professor and former federal prosecutor who calls it “an egregious privacy violation.”’ Facebook itself condemns the practice, but it’s tough to see how they could put a stop to it. On Wednesday, the House of Representatives voted an amendment down that would ban employers from making such a request, though I suspect that the issue will come up again.

The dicey legality here goes beyond the privacy issue, though being penalized for exercising one’s right to privacy is draconian. It allows employers to sidestep laws against asking about the “job seeker’s religion, marital status, or whether she is pregnant — all information that is illegal to ask about in a job interview.”

The article and issue take on a slightly different tone when you bear in mind that the relinquishing of privacy discussed here mostly takes place within government agencies: the Maryland Department of Public Safety, the City of Bozeman, MT, and the McLean County Sherrif’s Office in Illinois. The difference is a matter of degree, though: the idea that public servants have a greater moral responsibility towards the rest of us when they’re off the clock is a deluded one. The standards should be roughly the same as they are for everyone else, where to expect professionalism at work is a given, but expecting puritanism off the clock is unreasonable. Of course, one expects a person’s character to ground the decisions he or she makes at work, so those pictures of you beer-bonging in the freshman dorm might be a deal breaker. The larger part of it is that a social networking profile can offer a much less formal picture — and in the best cases, a truer one — of how people present themselves outside of an interview setting.  But a simple background check could easily tell you if a person’s private vices have intruded on their public personae, good or bad references can tell you how he or she is at work. Anything else is excessively nosy.

There’s a special kind of caprice implied in this kind of social networking. The friend request is a gesture of camaraderie, an olive branch from employer to employee. What friends do we have in common? What do we both “Like?” What cultural references do we “get?” It’s a red herring, though, since it’s a request predicated upon mistrust. If employers didn’t feel that new hires were up to no good, on some level they wouldn’t feel compelled to check.

I haven’t had the good fortune to run into any of this stuff, though I did have a background check for my disastrous stint working aboard a cruise ship. Ironically, I was hired for my current job walking dogs — where I’m given keys to people’s houses and expected to go walk dogs when paying customers are nowhere in sight — off of nothing more than an interview at Starbucks. In both cases, the people hiring me got as complete a picture of me as I had to offer, and trusted me enough to give me the benefit of the doubt. I have nothing to hide on my Facebook profile, unless pictures of me wearing bad drag or drinking beers in a controlled environment count as things to hide (which they might — it was really bad drag).

[Ed. Note: Thanks goes to @paperhaus and @carynrose for bringing our attention this article — while it seems the practice of employers asking prospective employees for their Facebook login information may be less widespread than the AP claimed, we think it’s still worth considering the ramifications of it, and the question of public vs. private personae that the issue brings up.]